Birdchain is heading into its ICO with a globally renowned expert from the world of blockchain development and cybersecurity and a sneak peek at their MVP.

Birdchain has a very simple mission. To disrupt the global SMS market. They plan to achieve this goal by allowing regular people to earn a monthly passive income in cryptocurrency – the BIRD – by selling their unused SMS time.

The team expects the capability to deliver 10 billion texts in their second year of operations.

As they head into their ICO, they have also just added a globally known blockchain superstar to the team. David Allen Cohen, a former member of IOTA foundation, joined the Birdchain board. He will focus on leading both business development and technology research. Cohen is known for his encyclopedic knowledge of Ethereum and other blockchains. He has also pioneered SmartGrid software platforms, is the founder of Dctral.ai and the founder and managing partner at E7 Ventures. Cohen also directed strategy for what became the largest electric-vehicle charging-services company in the world. 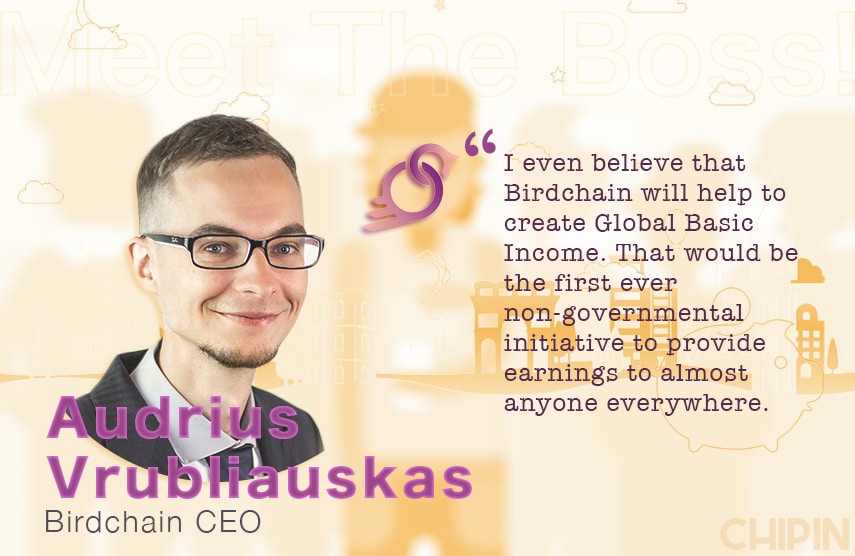 Birdchain introduces a blockchain-powered solution that solves many of today’s SMS marketing problems while at the same time reducing inefficiency in SMS usage. What the platform does is it offers great delivery speeds to a business’ customers at a fair and transparent while still keeping costs low. The reason why

He joins the existing team at Birdchain which has 22 members and 5 advisors with extensive experience in the development of blockchain solutions, international financial services, marketing, and data privacy.

Only approved companies and Birdchain partners will be able to use it.

In addition, the company is also pleased to announce that it has secured many partnerships heading into the token sale event. Partners include Lungo, carVertical, BitRewards, Purple Minds Media, OK Telecom, Orca Alliance and VerifyUnion.

Get The Best Worm: Early Participation In The ICO Gets You A Hefty Bonus!

Token price is just $0.02 – even without the major bonus, but the biggest discounts go to early buyers.