Blockchained telco applications are creating interesting new models for token issue – including the ability to securitize a token with pre-bought plans.

Securitization of the airwaves using blockchain was only a matter of time. One of the hotter if still, a bit stealthy areas of blockchain development is something called airspace. However commercial airspace and drone control are only one application of blockchain technology to a much wider field that also includes telecommunications.

Blockchains, if one has to define them by technology, are in essence a kind of communications protocol. They do not work exactly like TCP/IP (the protocol of wireless communications and the internet) but the idea is very similar. In fact, blockchain as a technology is often referred to as being like the “https” of the internet. Instead of seeing numbers when you type a website address into your browser window, you see www.company.io.

How such applications now are integrated into mobile markets, in particular, will not only be a matter of profit. This technology, the connection of mobile telecom and energy, is also a major priority in the international public interest. According to the World Bank, as of just 2 years ago in 2016, 2 billion people globally still do not have a bank account.

The majority of the unbanked, as this population is referred to, do not have enough money to open regular accounts.

The impact of blockchain on this population is huge, as is access to a cell phone. That is why mobile banking in general, especially connected to green energy production, is such a hit in the developing world where such issues are major problems for overall economic development.

But there are other interesting twists on all of this. And very interesting companies are now getting into the game, with fascinating and absolutely understandable services that provide even financial guarantees for the cybercurrency they also offer.

BitMinutes: Better than Bitcoin for Billions

BitMinutes’ vision is to make mobile financial services affordable and ubiquitously available to consumers across the globe. BitMinutes are a mobile, digital currency, backed by a commonly used asset (prepaid phone minutes) enabling consumers, carriers and financial services institutions to increase their access to capital.

BitMinutes leverage the ubiquity of prepaid airtime, combining it with blockchain technology to create an innovative new form of cryptocurrency for mobile financial services. BitMinutes (or BMTs – the system token) are encrypted tokens, powered by a proprietary Smart Token technology. BMTs create secure interoperability between disparate global financial networks, mobile network carriers, and emerging blockchains. This enables the frictionless exchange of value between the different networks.

The ERC-20 compliant system token – the BMT – allows for a more efficient and decentralized mobile ecosystem across carriers, financial institutions, merchants and end users – whether they are businesses or individuals. The underlying protocol allows the holder of a BMT token to create outbound remittances to any compatible mobile wallet for delivery of monetary value. The BMT will be instantly converted into prepaid airtime through a BitMinutes mobile wallet and utilized by 4 billion mobile phones or converted to cash in over 70 countries.

Even better for the billions of unbanked? Selling and lending BitMinutes based micro-loans create a business opportunity for entrepreneurs globally. BitMinutes can turn the corner store retailer into the corner banker.

Every day, billions of consumers use a virtual currency they do not realize actually is one. Prepaid phone minutes are already issued as a special-purpose intra-network currency by over 300 carriers globally. The current problem is that these prepaid minutes can only be used on their respective proprietary networks for either voice or data services, or to trade between phone accounts.

Physical cash still cannot be easily transferred over long distances and prepaid minutes are illiquid (they cannot be easily converted back to cash). So, even with this proto-currrency the unbanked rmain limited in their access to liquid assets. 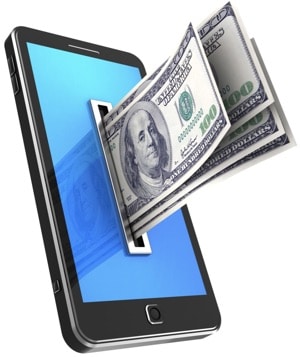 BitMinutes solves these problems on a global basis. BTMs unify these proprietary currencies around a common global standard. This enables prepaid minutes to transfer to any of 4 billion accounts and to be converted not only to cash but as the collateral for lending services.

Prepaid phone minutes are routinely used as a kind of grey market virtual currency now today. BTMs just allow an ecosystem where these credits can, in fact, become liquid, globally.

Similar to how M-Pesa created a payments standard within Kenya, BitMinutes could create a similar model on a global scale. When used to fund a prepaid MasterCard, BTMs can be used to purchase goods and services online anywhere Mastercard is accepted.

The Many Benefits of BitMinutes

The BitMinutes solution solves several pressing existing problems for literally billions of people. These include: 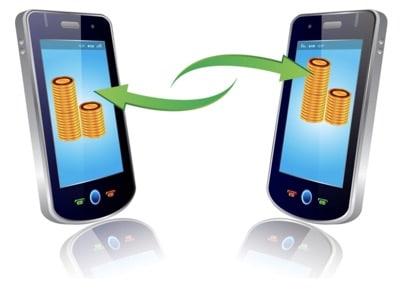 Money Transfer is Expensive: The average fee for a cash transfer internationally will set you back between 5-20% of the total. This is also an area increasingly scrutinized by governments and difficult to deliver to the typical underbanked individual. With strong cell phone reception now in most countries, cash can now be sent directly to a recipient’s cell phone and a mobile wallet. These are also becoming ubiquitous in developing countries. BTMs allow consumers to send cash between cell phones instantly, and best of all, for free. P2P Cash will convert BitMinutes into cash for delivery to over two billion bank and mobile wallet accounts.

Mobile Wallets Are Not Quite Mainstream: There are now literally hundreds of wallet solutions all vying for market share. The problem is, that there is no global protocol to facilitate a convenient cash in, cash out scenario, where withdrawals and deposits are as easy as using an ATM machine. The BTM solution solves this problem by being able to draw on the common protocols used in telecommunications and cell phone minutes.

Cryptocurrency needs to be backed by something tangible: One of the larger issues of all cryptocurrency is that it must be able to establish an independent valuation. The BitMinutes platform and service offering does so in a truly unique way that is also compliant with both banking and telecom law. Globally.

Here are the details of the upcoming BitMinutes token sale: