It is safe to say that the blockchain is the hottest innovation in the tech industry right now.

In a growth that draws a comparison to the Internet boom of the late 90s, the blockchain has the potential to truly disrupt multiple industries and make things faster, more efficient, and more transparent.

The rise in popularity, however, has not seen a similar rise in the rate of adoption by the public.

This is a shame as there are many problems right now that can be fixed with the blockchain–one of those being the SMS marketing industry.

SMS marketing is widely considered as a fast, safe and reliable marketing strategy. As the industry grew, it became more and more monopolized which meant that only a few corporations shared the benefits of it.

This effect is clearly reflected in the prices of the A2P SMS (application to person SMS) which have risen greatly in the past few years.

What was once a useful marketing strategy can now only be used by companies who can afford to use this service. For small businesses, SMS marketing is something they are forced to let go of for other cheaper alternatives.

Birdchain introduces a blockchain-powered solution that solves many of today’s SMS marketing problems.

Birdchain is an instant messaging app which will automatically sell a user’s unused SMS to businesses.

What the platform does is it offers great delivery speeds to a business’ customers at a fair and transparent while still keeping costs low.

The reason why costs are kept low is that of the decentralized and distributed nature of the platform.

What does that mean?

Birdchain is going to distribute the workload to regular people by providing them a way to earn money from sent messages. This means that normal users can make passive income with just their phone!

The Birdchain mobile application does this by allocating unused regular people’s SMS’ to businesses for a fee.

Anyone with a phone will be able to download the Birdchain app, sell their unused SMS quota to businesses, and receive payment for every SMS message sent from their phone.

This process can earn a user up to $300 every month for virtually doing nothing.

Is this idea viable?

The reason why this works is that people do not send SMS’ anymore as everybody is using instant messaging apps like WhatsApp.

This produces inefficiency as SMS’ are not utilized while at the same time, businesses pay top dollar for every single SMS message. Hence, Birdchain will provide a solution that is useful for both parties.

The Birdchain app will not only provide passive income to users but also doubles down as an instant messaging app which is fully secure and transparent thanks to the blockchain.

For companies to start using Birdchain, however, they will have to provide their own contact list to start a campaign.

One of the platform’s later goals is to build an efficient internal economics, by creating an ecosystem where people will be able to earn BIRD tokens and spend it in the same place. Users can either choose to sell BIRD in exchanges or purchase goods and services with BIRD without leaving the app.

For example, in-game purchases for the platform’s microgames will be carried out with BIRD; users can even donate or subscribe to their favorite video streaming channels and support their content with BIRD.

Every user in the Birdchain ecosystem is rewarded fairly regardless of what their roles are.

For users, the more messages they send from their phone, the more they will earn. As mentioned earlier, Birdchain app also works like any other instant messaging app – you can use it to connect with your friends and family instantly.

The only difference in Birdchain is that you’re able to click a “Sell” button in the settings and set amount of SMS messages that you want to sell on your phone.

The Birdchain app will also provide a convenient in-app wallet to track your earnings and the number of sold messages on your phone. 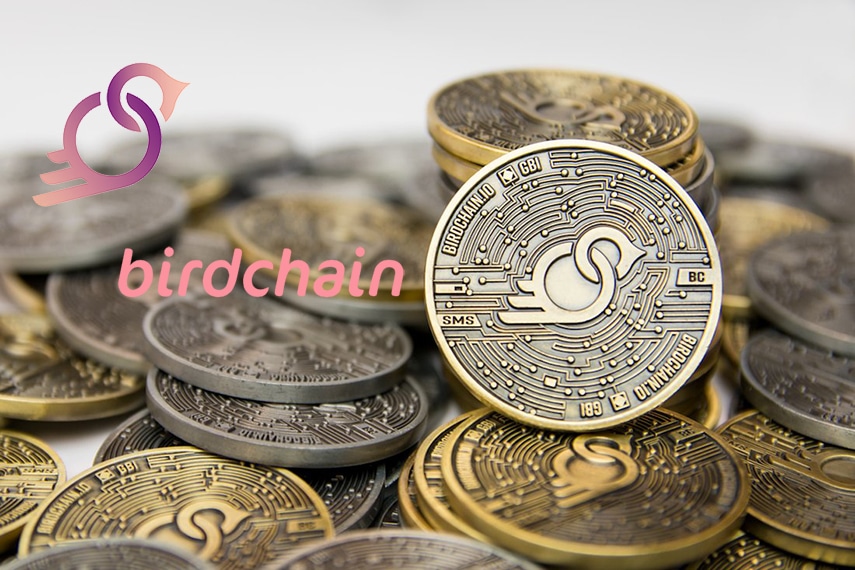 For companies, the process is extremely simple:

Before companies start to use the Birdchain service, they will need an initial list of phone numbers (contacts) to work with. Then, the company must visit the Birdchain web-app and log in.

There, companies must purchase Birdchain tokens in order to send the A2P SMS’ to their target audience.

Once a campaign is set, Birdchain does the heavy work by analyzing phone numbers and finding the best way to deliver the campaign.

They do this by:

How do businesses (and users) verify that the messages are sent out?

Birdchain uses the blockchain to verify the delivery of every single SMS sent. When a delivery is confirmed and the conditions of the smart contracts are fulfilled, funds allocated by companies are then equally distributed among all app users whose SMS were used to deliver the messages.

Benefits of the Birdchain platform

Birdchain will be able to deliver passive income to its users; it also works as a fully-fledged instant messaging app that rivals the best of the best.

Birdchain also delivers maximum security to safeguard your private information in chats and messages. All messages and sensitive data are encrypted by the blockchain which cannot be hacked or disrupted. 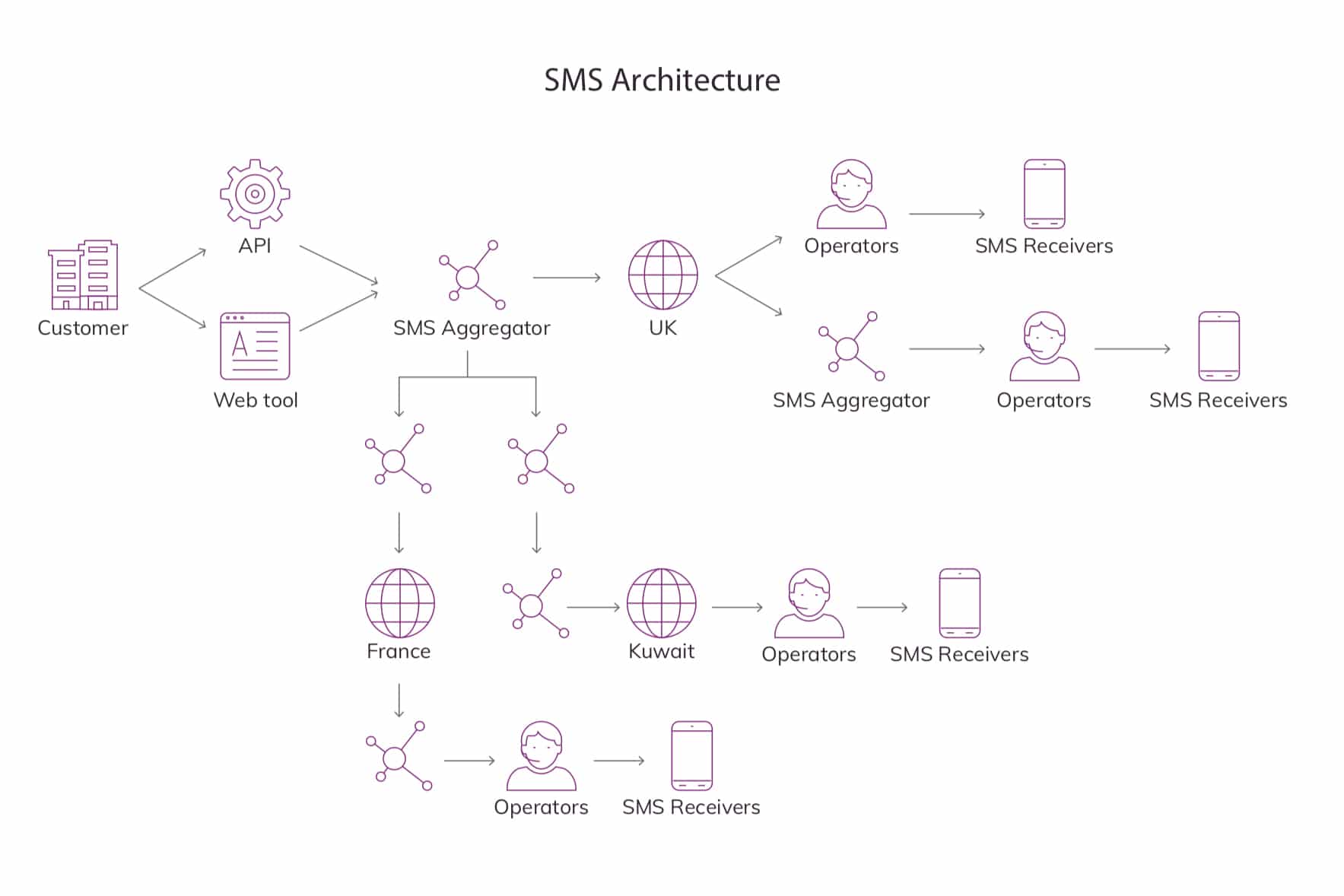 The platform uses smart algorithms and strategies to distribute messages through the phones of users on the app for maximum efficiency.

The number of BIRDs (token used in the Birdchain app) the company pays for the campaign will be shared fairly among users with only a very small fee being deducted as a commission to the platform.

The Birdchain token (BIRD) is the official cryptocurrency of the app where users can buy or sell transactional and promotional SMS.

Within the Birdchain ecosystem, BIRD will be used internally to buy or sell transactional and promotional SMS.

Businesses will be able to purchase BIRD in exchanges or on the official website of Birdchain and use them to place bids for SMS campaigns that they want to deliver.

For users, earnings are paid via BIRD tokens which are transferred instantly to the wallets of app users. BIRD tokens can then be sold on exchanges for real money or used to make in-app purchases.

Here are the details of the upcoming BIRD token sale: