Today’s patent searching process is not the best, to say the least.

Right now, there are millions of patents and frustrated inventors who struggle to determine whether their ideas are close to someone’s patent, or what has already been invented in the past.

Surprisingly, the patent industry has not changed much for the better despite being in existence for a long time. You have options that try to solve this problem Google Patents, FreePatentOnline, or the USPTO patent search engine but there’s still a gap.

These searches are not precise and they confuse readers too much about similar patents.

At the same time, this process eats up a lot of time which is not ideal for businesses and inventors who want to spend more time on their product instead of the patent process. 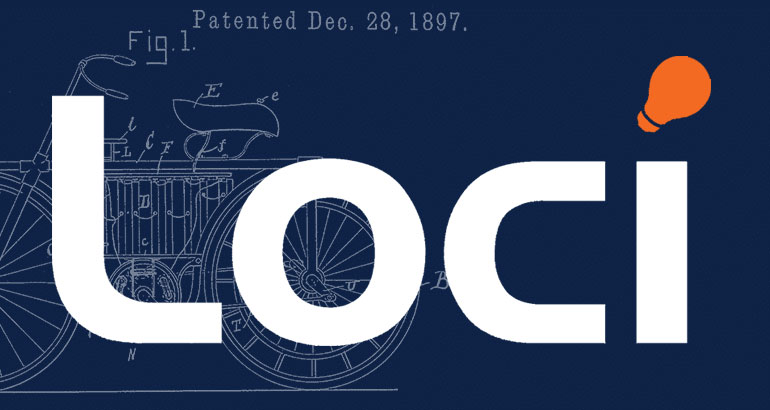 LOCI is a company that aims to change the way we invent and value ideas by simplifying the patent search process as much as possible.

They do this by introducing their core product called InnVenn, a visual searching tool for patents. InnVenn is a superior searching tool compared to other patent tools on the market as it quickly and comprehensively searches the intellectual property landscape for a user’s query.

This process is extremely accessible to anyone from patent attorneys and inventors to your regular business owners–it’s that easy.

The inspiration for InnVenn is based on the company’s goal to simplify the patent search process and make it easy to understand the specific areas of an invention that have not yet been patented.

Unlike other startups in the scene, the InnVenn platform is available online through a free trial, with a fully-working application already being used by a significant number of inventors and companies.

The price for InnVenn starts at $249 per month; the full version of the platform lets inventors, patent lawyers, and others involved in the patent industry see patents by visually representing what’s been invented.

With the growing popularity of Ethereum, LOCI is building on the the blockchain for its platform as the developers see an opportunity to use Ethereum’s smart contract features to further boost the effectiveness of the platform.

At the top of the LOCI helm is CEO John Wise, who has held extremely respectable positions in some of America’s top institutions for 15 years. His extensive experience in data analysis makes Wise a leader fit for a potentially revolutionary platform in InnVenn.

Before moving on, it’s important to understand why the platform was built in the first place.

The modern inventing and patenting process is broken and as described by LOCI, convoluted and fraught with expenses. This situation brings no real benefit and instead, harms the innovative nature of humans.

Many inventors are forced to go straight to market with an unstable product while other inventors don’t even have the pleasure of seeing their inventions on the market.

LOCI’s InnVenn was built to overcome that and give innovation a lifeline. The company’s vision is to make the process so easy and efficient that it inspires creative solutions and innovations around the world hence, benefiting all of us.

Although it can be used by anyone, InnVenn is focused towards individuals who frequently need to search through patents such as patent attorneys, inventors, and corporate analysts.

In other words, InnVenn is best used by people who are working in industries where having a proper understanding of the landscape of intellectual property is second to none.

So, how will InnVenn actually deliver on its promises?

InnVenn is actually a very powerful collaborative tool. The entire platform is powered by a patented system of link analysis, machine learning, and crowdsourcing to show comprehensive data to an individual who performs a query on InnVenn. With machine learning, InnVenn will be able to recognize valuable inventions and then purchase and license it from the inventors. The transaction will be powered by LOCIcoin, the platform’s cryptocurrency.

Several separate inventions can also be grouped into one to create an IP portfolio (also known as an investment pool) for a product or technology that is relevant for a particular industry. Users can then place a bid on any IP patents or claims (like an exchange). Traders or businesses can then purchase IP portfolios that they are interested in to overcome the tedious and dreaded process of patent litigation.

This saves businesses at least millions of dollars a year and up to 70% of their time spent on R&D, while also providing inventors with another revenue stream other than building the product itself. 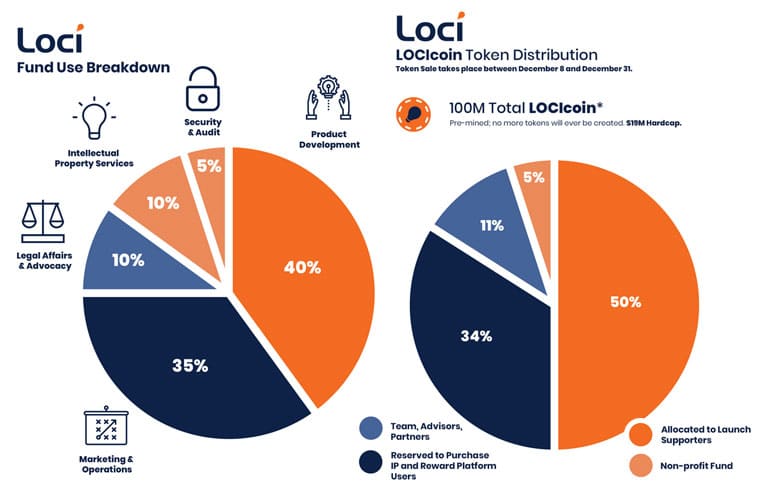 LOCIcoin is the platform’s utility token.

These tokens are used to access LOCI’s products and services as well as being the official medium for exchange for the buying and selling of IP on the platform.

The contributions raised by LOCI will also be used for other purposes such as spending on development, marketing, and operations with a focus on strategic partnerships with law firms and organizations worldwide.

Here are the details of the LOCIcoin token sale: