There are several hard forks planned for the Bitcoin blockchain in this coming year. Tech entrepreneurs with the skills and wherewithal to make a better coin have shied away from the increasingly volatile Initial Coin Offering (“ICO”). Instead, they have started to use the established Bitcoin currency platform to launch the next big cryptocurrency through a hard fork.

Smart virtual currency investors are looking out for the next big value in Bitcoin derivatives, particularly the up-and-coming hard forks. There are several forks planned for the Bitcoin blockchain in the near future, some which offer real value. Bitcoin Interest, a new hard fork that pays out interest payments to virtual currency holders, will create real value for Bitcoin holders.

A handful of new forks have been released in the last few days of 2017. However, only a few of these should be taken seriously by investors.  While some of us may find it odd to launch an entirely new tech platform just to get a laugh, it appears that is exactly what’s happening.

Super Bitcoin, a hard fork that occurred on December 12, touts the tongue-in-cheek slogan “Make Bitcoin Great Again,” and by its own admission is not a serious investment opportunity.  According to the coin’s own website, “this is just an experiment” by the Super Bitcoin creators and is not something that can be relied upon as a valuable investment. Another planned fork, Bitcoin Uranium, which will soon create a new coin called “BUM,” which already sounds like a running gag on virtual currency buyers.  Even users of popular forked currency Bitcoin Gold have alleged hacking, fraud, and hidden fees associated with the coin.

Many of us struggle to understand going through all the effort to launch a new coin through a hard fork that is basically a farce. However, it appears that virtual currency markets are becoming an increasingly popular target for nerd humor.  So, how are serious investors supposed to know which hard forks will create real value for their portfolios?

Bitcoin Interest is a Hard Fork with Built-in Value 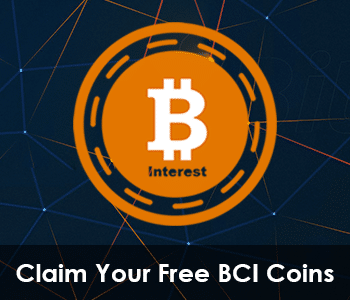 Bitcoin Interest is a hard fork planned for January of 2018 that creates value for Bitcoin holders at a relatively low risk.  Specifically, Bitcoin Interest updates the Bitcoin blockchain to give coin holders the ability to earn interest on virtual currency parked in their accounts.

Bitcoin Interest stands out within the growing blockchain technology industry because of its relatively low risk and potential stabilizing effect on the market as a whole. Volatility and speculation have been substantial obstacles to most blockchain companies. However, offering interest on virtual currency will encourage people to hold coins rather than trade them.  In aggregate, this will help stabilize the volatile virtual currency markets by creating an incentive to save coin rather than speculate with it.  As a result, Bitcoin Interest may be one of the most valuable forks on the Bitcoin blockchain investors have seen so far.

What Benefit Can Bitcoin Interest Offer to Virtual Currency Holders?

Unlike many of the other planned Bitcoin forks, Bitcoin Interest creates a real value for both individual investors and the crypto market as a whole.  Anyone who currently holds Bitcoin can look forward to receiving Bitcoin Interest Coins (“BCI”) equal to their Bitcoin holdings when the split occurs in early 2018.  If BCI is held rather than spent or traded, holders can receive interest payments similar to savings accounts in traditional banks.

Overall, Bitcoin Interest is a safe harbor for your virtual currency holdings in the volatile and complex world of cryptocurrency investment. Smart investors who hold Bitcoin as part of their medium or long-term portfolio can look forward to enjoying the benefits of BCI when the fork occurs on January 22nd.