In the age of misinformation circulating the internet, we have learned to trust online reviews less and less. People are increasingly being paid to write fake positive reviews, and in the case of Vice reporter Oobah Butler, even create fake restaurants.
Butler challenged himself to create a fake restaurant in London and make it climb it to become the top-rated restaurant in the city on TripAdvisor. He called it The Shed at Dulwich, and based it around the literal shed he was living in at the time.

Through a website touting vague information about the restaurant’s location and offerings, fake reviews on his TripAdvisor page from his friends and acquaintances, and pictures of “food” that he had manufactured, his TripAdvisor page was approved and online.
Within weeks he began receiving calls about reservations, emails from food bloggers and TV executives hoping to book a table. After roughly four months, The Shed at Dulwich had risen to #156 on TripAdvisor’s list of London’s best, all from real inquiries that spawned from fake reviews.

After only six months into the experiment, Butler saw his completely fabricated restaurant reach the #1 spot on TripAdvisor. In doing so, he proved that with the help of fake reviews, a few fake photos and a fake restaurant, TripAdvisor’s system was broken. They were unable to identify what was true and what was false, and it resulted in many travelers paying for an experience that was a fabrication of the truth.

Six months after the TripAdvisor listing was approved, Butler opened The Shed at Dulwich for one evening. He purchased low-quality food from a convenience store, scattered tables around his yard and hired a fake waitress to serve his guests. Amidst actors, real guests showed up for their first meal at the top-rated restaurant in London.

Many seemed confused by the dining experience, but a few said they would come again. Almost unbelievingly, none of the dinner guests realized that the experience they received was not what they had been promised online or that the reviews they had read in anticipation of attending had been fabricated.

At that point, Butler felt it was time to reach out to TripAdvisor about The Shed. A representative from the company told him that TripAdvisor uses “state-of-the-art technology to identify suspicious review patterns” and said they also rely on the community to report suspicious activity. On TripAdvisor’s website, the company says it dedicates “significant time and resources [to] ensuring that the content on TripAdvisor reflects the real experiences of real travelers.” But as proven in Butler’s work, their system is far from reliable. It is broken. The traditional method of online reviews can easily be falsified. People can no longer trust services like TripAdvisor, Dianping, Lonely Planet or Priceline to provide accurate information.

Fortunately, there is a solution. An emerging platform called Chozun is building a travel and lifestyle ecosystem that builds on the trust of its users to provide accurate information through crypto technology. Chozun is bringing back true reviews, while archaic platforms like TripAdvisor are becoming increasingly saturated with misinformation and skewed ratings. Outdated systems have become noisy and subjective, making it difficult for users to decipher what is true and what is false. 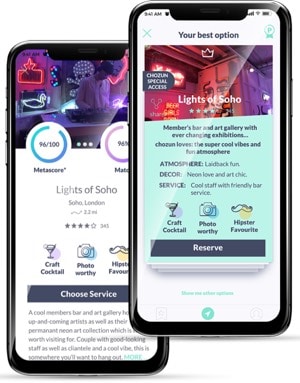 According to reports by UNTWO and Sabre done in 2016, 56% of travelers want more personalized and relevant information when they’re making travel-based decisions. Outdated platforms are being bogged down by oversaturation of irrelevant information and skewed reviews and ratings. These commercially-driven sites are now looking to profit off advertisements rather than working to create an accurate and worthwhile experience for their users.

In comparison, Chozun’s method focuses on personalization and finding peers with similar tastes and interests. Once identified, these travel squads can share travel tips, recommendations and more to improve their peers’ travel experiences. They’re building a community of like-minded travelers who can share peer-to-peer reviews, which users can trust are accurate and true.

As seen in the case of The Shed at Dulwich, there is an immense problem with authentication in the travel, food and hospitality industry. Chozun wants to change that. Their intent is to create more trust in the quality of authentication and the businesses that use their platform. They solve this by creating and curating meta-scoring and true representations of experiences through transactions using smart technology. Their program uses a “genuine rating” system, which basically means only the people who had a transaction with a provider or business are able to provide feedback. This mitigates the issue of fake or bought reviews, weeding out those providers who are trying to skew their ratings.

While outdated industry leaders are becoming less trustworthy, new systems are here to solve the problems they face. Powered by its own cryptocurrency, CZN, and backed by blockchain and smart-contract technology, Chozun is changing the future of travel by bringing back true reviews.