Social media has made it so easy for everyone to express an opinion online. From highly engaged content creators who publish long-form content on Medium or produce their own YouTube videos, to the most casual Facebook or Twitter users—every online interaction creates a mine of information. This information is known as user sentiment data.

The value and cost of user sentiment data

User sentiment data is highly valuable to brands and marketers. Knowing which products or attributes are important to an online purchaser can assist a company in making decisions in product development. Predicting what kind of humor people will enjoy can help to create viral video advertisements.

The business of collecting and analyzing this data is known as sentiment analysis. Despite being very lucrative, sentiment analysis comes with massive overheads. The tech giants invest heavily in servers and software with the power to store and process user sentiment data into something meaningful that they can sell on to marketers. Because of the costs involved, sentiment analysis is only accessible to companies with huge budgets. This has created a skewed marketplace, with small- and medium-sized companies priced out of the market.

The issues with this status quo are not just economic. Having such huge amounts of data held on centralized servers creates security vulnerabilities, both to crashes and cyber attacks. The algorithms used in sentiment analysis by today’s centralized organizations are not transparent, so user sentiment data could be subject to manipulation.

However, the status quo is about to change. Senno is the first ever company to bring user sentiment data onto the blockchain. By exploiting the decentralized nature of blockchain technology, they aim to significantly lower the cost of sentiment analysis and open up the market to a far broader range of companies. 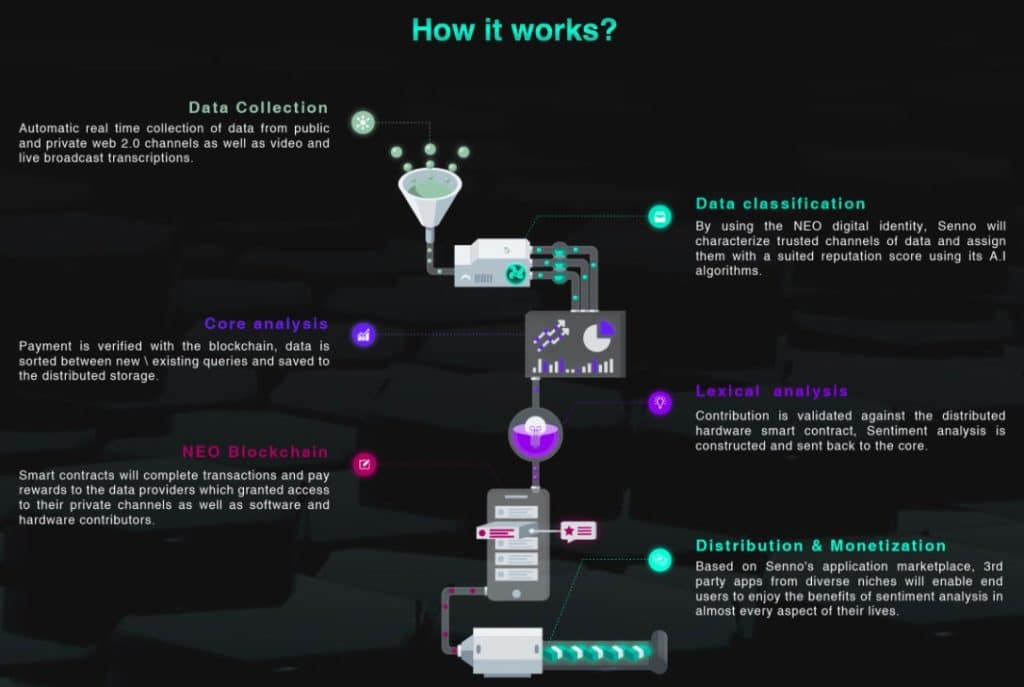 Senno will be breaking new ground by providing financial compensation in the form of cryptocurrency to those among their user base who are willing to share their personal data over the platform.

Other uses of the token include incentivizing node holders who are providing the hardware to run the blockchain. Senno will feature an open API that will allow plugins to be customized according to user requirements. Therefore, the SENNO token will also serve as a reward for developers who create new functionality for the platform.

The platform will provide users with real-time access to sentiment analytics via an app. The app will act as a wallet, showing users their token balances. It will also provide access to a marketplace of sentiment analysis tools covering different industries, for example, medical or financial. Developers will be able to create specific functionality within these areas, such as trading alerts. Users contributing hardware resources to help run the platform will also be able to manage this within the app.

The first live application of Senno has already been announced. Cryptoscanner will be a tool for delivering user sentiment intelligence about cryptocurrency trading, in order to make real-time predictions about the value of any particular coin.

Senno will deploy a number of artificial intelligence (AI) techniques in order to collect and disseminate user sentiment data into high value and meaningful analytics. It will use “dynamic listeners” to scan an array of sources across the Internet including blogs, broadcasts, YouTube and comments across a variety of platforms.

An inherent challenge of user sentiment data is that it is highly subjective. Content may be emotional, humorous or sarcastic, or only relevant in a specific context. The Senno platform deploys advanced AI algorithms and techniques including text analysis and natural language processing in order to draw meaningful crowd intelligence.

The Senno system will also use machine learning to identify higher value data sources and assign them a score, in order to continuously improve the value of sentiment analysis outputs.

The developers at Senno have opted to use the Neo blockchain for a number of reasons. To manage the procurement of user sentiment data along with the supply of sentiment analysis to end users, Senno will be using smart contracts. Neo offers customized smart contract capability, alongside a delegated Byzantine Fault Tolerance (dBFT) consensus protocol. Senno therefore believes that Neo can deliver a higher degree of integrity and stability compared to other blockchains. 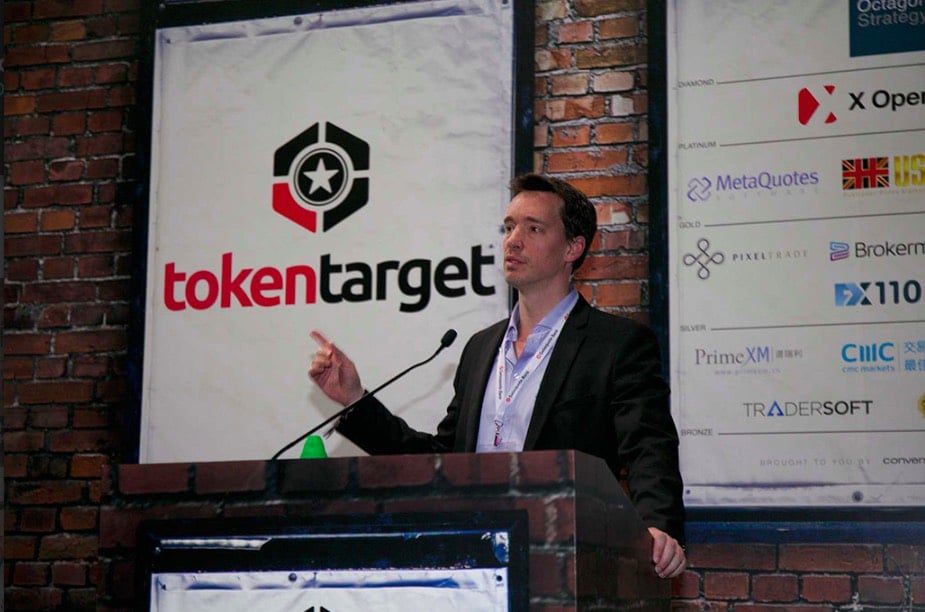 A further attraction of Neo is the proposal to extend its programming languages to include Python and Go, in addition to the current languages of C# and Java. This will open up the Senno API to a far larger pool of developers who can create new plugins for the platform.

The SENNO token has been open for presale since March 31st, with a soft cap of $2M and a hard cap of $4M. The full crowd sale will start in Q3 2018 with a hard cap of $25M. You can find more information in the Senno white paper, or follow them on Twitter or Telegram.