CrowdWiz, a fully decentralized crowd wisdom powered investment platform, announces today the start of an ICO for the WIZ token. The ICO has a hard cap of $20 million. CrowdWiz had previously successfully raised over $5 million in its public pre-sale, as well as released a demo of an alpha, that shows how the platform will operate. CrowdWiz democratizes the investment industry, giving the power back to the people, and reducing the power of financial institutions like banks, funds, and exchanges. These institutions work as a monopoly, burdening users with high fees under a protective umbrella provided by the regulatory system. CrowdWiz plans to change all this by adding democratic features to the investment process, including the introduction of the first credit card processing solution for an ICO.

In line with its attempts to bring transparency and fairness to the investment world, CrowdWiz’s ICO will feature the first credit card processing solution, meaning that for the first time, participants can use credit cards to purchase tokens during an ICO. Unlike other ICOs, CrowdWiz makes the blockchain convenient for the average consumers, many of whom have never even heard of an ICO. CrowdWiz’s plans to include a credit card payment option compliments its desire to democratize the investment process. Similar to the investment world, in which wealthy or seasoned investors usually get better deals, it’s the cryptocurrency experts who already own ethereum or bitcoin that have been able to participate in the myriad of ICOs we’ve seen recently. CrowdWiz wants anyone to be able to invest in its ICO, regardless of how much or little they know about crypto, just as the company wants to make the investment process fair and open to all.

CrowdWiz is powered by Krypton Software, a division of leading fintech software company, TRADOLOGIC. The fintech software giant recently launched this cryptocurrency division, with a team of over 60 dedicated personnel and an existing backbone that transacted over 3 million items/actions.

CrowdWiz is an entire ecosystem that shifts the power away from intermediaries, who may have conflicting or undisclosed personal interests, and puts it back where it should be – with the investors themselves. The platform uses the wisdom of the crowd to make investment decisions, as under the right circumstances large enough groups tend to make remarkably good decisions and are often smarter than the smartest people in them. Thus, the wisdom of the crowd produces the best and most promising company to invest in.

The platform solves the problems associated with traditional investment funds, which often include high entrance costs, large fees, and little to no transparency.

The ethereum based platform offers its users: 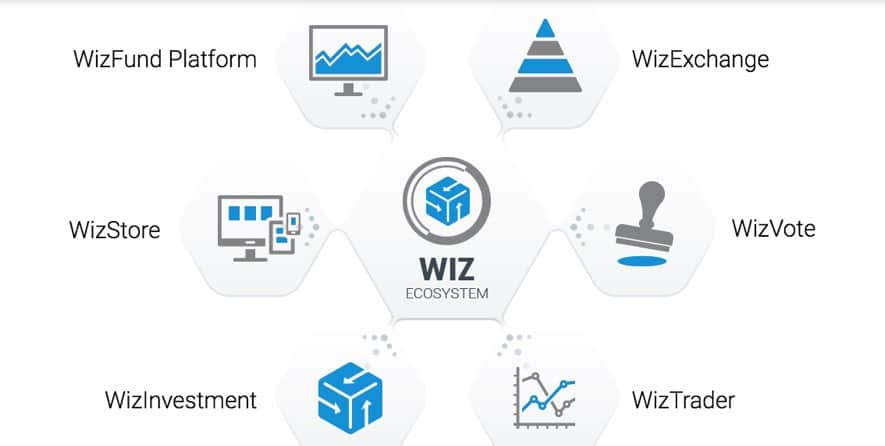 Trade on the platform will be processed via the WIZ token, which will enable token holders to fund, invest, vote, propose, open their own investment funds, decide the nature of the tradable goods within the ecosystem, and more. For simplicity of use, the platform offers several easy to use tools and apps with a robust set of functions: WizFund Platform, WizVote, WizExchange, WizTrader, WizInvestment, and WizStore

“The CrowdWiz ICO is officially live! After already raising over $5 million in its presale, we are all very excited to see how the ICO goes” said Slavena Savchev – Founder and Head of Business Development & Marketing for CrowdWiz. “I believe our inclusion of a credit card processing option truly shows that CrowdWiz is dedicated to fair and equal opportunities for all, especially when it comes to the investment world.”

Founded in 2017, CrowdWiz uses a crowdsourced decision-making process as an alternative to traditional investment funding. Using the wisdom of the crowd, rather than fund managers, banks or middlemen, CrowdWiz is a decentralized and completely transparent crypto investment platform based on the ethereum protocol. The platform is powered by Krypton software, a division of leading fintech software company, TRADOLOGIC. Users of CrowdWiz will use the company’s WIZ token, to vote on specific assets they want to be funded . The platform then distributes the funds based on the majority opinion of the crowd. CrowdWiz solves some of the issues associated with traditional funds today, such as high entrance costs and large fees. CrowdWiz hopes to make the trading process not only fun and easy, but also efficient, profitable, and completely transparent.