The world’s first and only global blockchain-based cross-game marketplace, DMarket, today announced the launch of its products Alpha/DEMO version and blockchain testnet

“As promised earlier this year, we’ve created the DEMO version of our marketplace and the blockchain testnet by the end of October 2017,” said Volodymyr Panchenko, CEO and founder of DMarket. “In Q1 2018, DMarket will launch an MVP that will already be connected to games and the blockchain that will make virtual items real. We are moving forward according to our roadmap, and we ensure our investors that we are committed to building a strong business that will bring them first revenues in the nearest future.”

DMarket DEMO allows users to watch and test the trading process of the in-game assets, take a closer look at how the DMarket Coins work and test the blockchain wallet and personal key. In addition, DMarket DEMO enables users to view Blockchain Explorer, where blocks will contain details about every transaction ever processed through the platform. 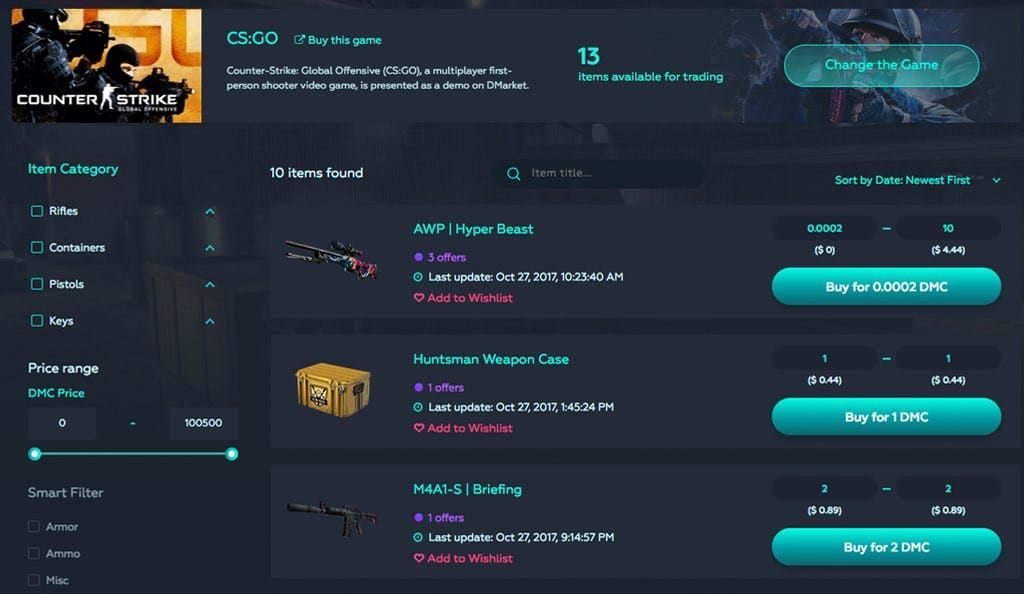 Along with the DEMO launch, DMarket has announced the start of the token presale, which will take place from October 30 until November 3. DMarket Token is the only virtual currency to be used within the marketplace.

Exchange rate for both presale and crowdsale is 750 DMarket tokens for 1 ETH. Accepted currencies are ETH, BTC, and LTC.

DMarket sets equal token sale rules for all investors, with no exceptions. The company has no intention to cover any hidden or public bonuses provided at a presale phase at the cost of crowdsale contributions.
DMarket allocates 100,000,000 tokens (about $40 million) hard cap for the final sale. 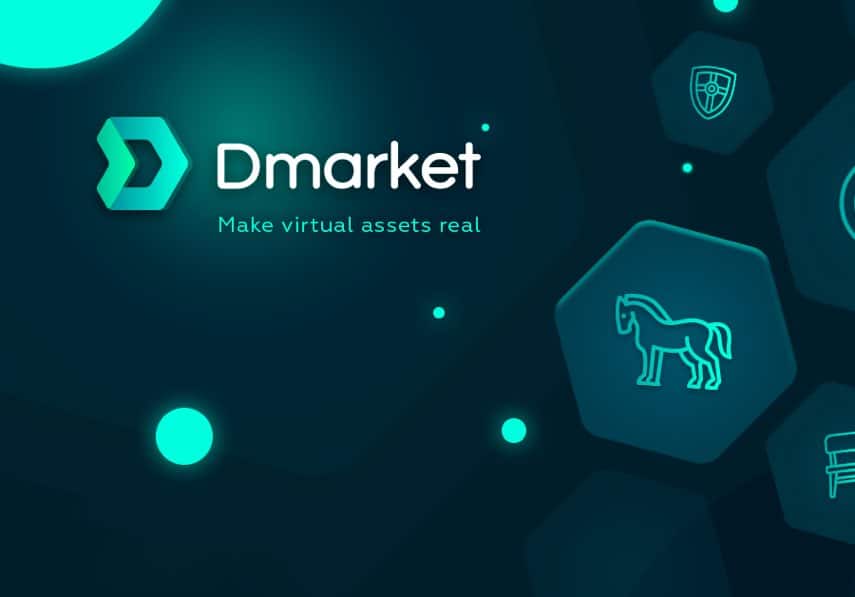 DMarket – The In-Game Marketplace Powered by the Blockchain

The gaming industry is estimated to have over a billion players every day on both mobile and desktop systems. Reflecting the increasing player growth is the immense amount of profits generated by the gaming industry, with the industry being valued at $100 billion last year and is expected to cross

To eliminate market control and any possible manipulations, DMarket sells 85% of all its tokens and reserves 15% of tokens for product development, advisors, and partners.
As a reminder, DMarket has already raised $10.9 million during a 4-day Token Sale in August 2017.

Go to top
About DMarket

DMarket is the world’s first cross-game platform based on blockchain and smart contracts that enable the one-click sale, exchange, or evaluation of every virtual item among all games on any platform. DMarket token will be the only virtual currency used within the platform, providing different options items trade-in, exchange, fee, and smart contract.

With DMarket, any gamer becomes the real owner of his/her game items. With DMarket’s blockchain, all virtual assets become real, like BTC and ETH, in the wallet.

DMarket’s goal is to build a new global economy worth more than $450 billion in a transparent and efficient way.