Say this to someone a decade back and you’d probably be laughed at: “Data is as valuable as oil”

Corporations like Facebook and Google are literally using data to build an empire and it’s not uncommon for today’s small businesses to use analytics in their business strategy.

Having control over big data allows companies to make informed decisions at low risk because they have the data to back their decisions up.

The problem here is that while we are constantly sharing data in our daily lives (using our smartphones, taking a Uber, using Waze, etc.), we don’t get rewarded at all for it.

In most cases, individuals don’t even get to choose what they want to share – they don’t even know they’re sharing data!

On the flip side, businesses and corporations are also struggling to fully make use of the data they have at hand. This disconnect is not only costly but also wastes the potential of interconnecting data for a greater purpose.

In response to this, Dovu was created.

Invested by prominent names in the vehicle industry like Jaguar, Dovu is creating an ecosystem where owners of data (like car owners) have ownership of their data as well as being able to sell it.
Consumers (e.g car manufacturers, ride-sharing startups, advertising agencies) pay owners to access the data generated from their vehicles.

How does Dovu work?

Dovu is a mobile ecosystem fueled purely by data.

The problem that Dovu is trying to solve is simple; data is so accessible today that we have too much of it.

The problem comes from sharing and transmitting the abundance of data; it is useless to have too much of something if we don’t know how to make use of it.
Hence, Dovu wants to fix that by making it easier to share data and get rewarded for it as an incentive.

Dovu uses the DOV token to power its ecosystem. The token allows for borderless transactions of data between consumers and services so everyone in the Dovu ecosystem benefits from it.

One of the ways that Dovu does this is by having the ability to sell your data. Let’s take an example; you could go for a drive and select the data you wish to share on the Dovu ecosystem.

This data can then be bought by companies who have a need for it. For example, you can sell your trip’s congestion data to Waze so they can calculate estimated travel times more accurately.

Essentially, you’re being paid in DOV to drive your car which is always a welcome thought. These tokens can also be on goods and services around the world that are also members of the Dovu ecosystem.

In a nutshell, Dovu is a data sharing platform where data itself is used efficiently and everyone is fairly rewarded.

What are the benefits of Dovu?

Dovu disrupting the industry by prioritizing data over everything else.

For example, instead of using distance as a benchmark to set prices, ride-sharing apps like Lyft can instead use weather data or the average speed of a road to determine a more accurate fare for its riders.
Advertising agencies, for instance, can also use geolocation data to improve their results. These agencies can buy data from the marketplace for areas that have the most foot traffic for them to put up their billboards.

Dovu is trying to develop an ecosystem where data is not only shared but is traded between companies and users which leads to a more data-efficient economy.

2. Changes the fundamental value of data

Right now, data is given away by consumers every day for free through apps or social media without us even noticing.
With Dovu, consumers now have the ability to not only decide what to share but also the price of their data and who they’re willing to sell it to.

This way, consumers are rewarded for sharing data which increases the likelihood of people wanting to share data; greater access to data then improves innovation which leads to a better world.
Companies are not negatively affected at all by this change.

Instead of receiving data which they may or may not know how to utilize, companies can now selectively choose the data they want to buy and then use Dovu’s ecosystem to link the data across their required channels.

3. Enables a single currency that can be used worldwide 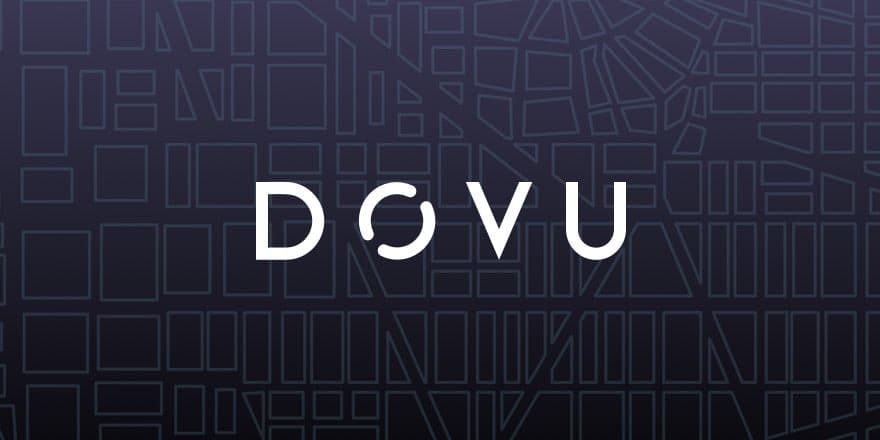 The DOV token can be spent in applications that are built on the Dovu protocol. What this does is to integrate the protocol with every application on the ecosystem which uses the DOV token.
For example, the same DOV token that car owners get for sharing their data can be used to pay for public transport, renting a car, or even paying for fuel and getting rewards like discounts for your transactions.

4. Allows for the trading of data

The Dovu API marketplace is the first project that the Dovu team is looking to build.
This marketplace aims to allow users to access and trade data on the platform. The marketplace allows owners to sell data, consumers (like businesses or startups) to buy data, and for providers to verify and confirm the data shared across the platform.

Participating in the Dovu ICO

The DOV token sale is live and ends in 7 days at the time of writing.

The DOV token is the currency of all transactions in the DOV ecosystem; its value is expected to increase once more users join the platform and demand for the token rises.

The total supply of the DOV token is 1.2 billion with 25% of that being made available for the token sale. Unsold tokens have a lock-in period of 2 years before they are gradually released to the market.

To participate in the ICO or to learn more about the platform, click here to go to Dovu’s official homepage.