Today, YouTube boasts an amazing record of having over 1.5 billion registered users on the platform.

To put it in perspective, 1/5th of the world’s population has an account on YouTube and we’ve still not counted the people who do spend time on YouTube but don’t have a Google account.

This, combined with the average 40 minutes of time spent on YouTube every day makes YouTube a powerful medium not only for businesses but the community itself.

An equally fast growth related to YouTube is the rise of challenge-based videos, most notably the ALS Ice Bucket Challenge videos that took the world by storm a few years back.

Psy’s infectious hit, Gangnam Style, also garnered worldwide attention to the song which led to a massive number of Gangnam Style Challenge videos, where creators posted parodies, tributes, and even contests of the song’s dance.

This phenomenon is sometimes deemed as FunTech, akin to the similar connotations of terms like fintech or biotech. Surprisingly, the FunTech market is one of the fastest growing industries on the Internet and it shows no signs of slowing down.

However, there are still obstacles along the way that prevent the industry from truly reaching its potential.

Like all emerging industries, FunTech has its own share of problems in terms of trust. Right now, intermediaries who add no value, as well as complicated procedures and ridiculous commissions, severely plague the industry.

Creative projects are then indirectly hindered as incentives are usually veiled in the form of brand advertisements.

To actually make money, creators are forced to look for major advertisers who run the risk of “selling-out” a creator which then upsets his or her user base—just for the sake of monetization.

Eristica was developed to solve all of the problems mentioned above.

Eristica is a decentralized platform that aims to grow participation in online challenges and competitions.

Unlike other ICOs in the industry, the Eristica platform has already been in existence since 2015 and has a staggering user base of over 1.5 million users—and still growing rapidly today.

So, how will they improve participation exactly?

Within the platform, each user has the freedom to launch or accept challenges. For example, one of the ways Eristica works is that users can upload footage of completed challenges which are then judged and rated by the community.

The connected system of rewards and rankings boosts user participation in Eristica as they got both bragging rights and incentives for ranking highly in Eristica.

Because of this, Eristica promotes an environment where viral videos are more than likely to happen which creates a potential opportunity for Eristica users to become well-known, which is perfect for budding influencers in today’s socially-connected age.

Eristica will also employ tokenization on the platform, basically a process of turning assets into digital tokens.

In this case, Eristica’s economy will be tokenized and used on the platform to reward users who win challenges and predictions. Additionally, it will enable users to access the full suite of services in Eristica.

One of the major benefits of Eristica is the very strong team behind it. One of the examples of the team’s caliber can be seen in 2016, where Eristica achieved the first place in a startup competition co-held by Winter Capital and McKinsey.

2016 was also the year where Eristica gained over 500,000 users despite having launched only a year ago.

This stat shows that not only is the industry gaining foothold rapidly in the market, but it also shows the public’s elevated confidence in Eristica and the team’s ability to deliver on their promises.

Strong Team of Advisors and Mentors

Eristica has a very strong team of advisors and mentors including Stan Larimer, the co-founder of BitShares, a popular blockchain that processes more than half of the world’s public blockchain transactions.

With Larimer’s role, Eristica will migrate from the ERC-20 Token Standard to Graphene, a new blockchain technology with much better performance than today’s standards.

Joining him is Michael Taggart, the president and co-founder of Cryptonomex, a reputable blockchain development company responsible for the creation of Graphene itself.

Viral content is the name of Eristica’s model as popular challenge videos can easily gather several million views at the very least, hence, explaining the platform’s potential to scale exponentially with each video view.

As mentioned earlier, Eristica allows users to create their own challenges which vary depending on what they want; online game competitions and offline bets are examples of available challenges on the platform with future additions to be implemented by the team.

Users also have the ability to choose the style of their challenges. For instance, a user can set up one-on-one or mass-participation competitions on Eristica. If they’re up for a challenge, hosting a one-vs-many competition is not a problem at all on the platform. 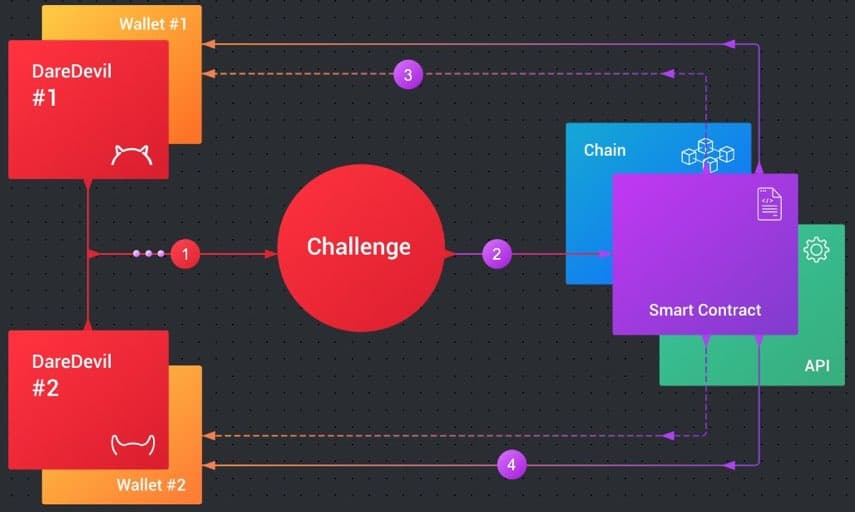 The team understands the importance of an easy-to-use platform which is why they’ve put so much care and attention to the platform’s UI, making Eristica one of the most user-intuitive platforms out there.

In terms of verifying and confirming challenges, Eristica automatically assigns challenges to a set of uniform rules which is then confirmed and executed automatically based on the conditions of the challenge.

Aside from participating in challenges, users can earn rewards by guessing the winner of a certain challenge. This collaborative ecosystem means that users are not restricted in what they can do and earn from Eristica.

Now, a popular trend among YouTube stars these days is the reverse-challenge system, where YouTubers present challenges for their subscribers or accept challenges from other content creators.

Realizing this trend, Eristica provides a ready-made platform for bloggers to do the two things mentioned above. With Eristica, content creators can grow their channel effectively as well as increasing user engagement—something that all YouTubers crave.

At the heart of the Eristica ecosystem and crypto-economy is the ERT token, Eristica’s official utility token.

Users earn ERT from winning contests or making successful predictions on the platform; the earned tokens can then be used to access the platform’s services or redeemed for other benefits like participating in challenges with their favorite celebrities.

To improve integration, Eristica provides a Game API for studios and game developers to connect with Eristica in their projects.

Through the Game API, game developers can create challenges for their games with the help of the platform’s services which improves the player engagement and retention rate, two big metrics for a game.

Of course, there will be a digital wallet provided for Eristica users which acts like other cryptocurrency wallets out there in the market. Wallet users have the ability to transfer, withdraw and receive tokens as well as seeing the transaction history of a user’s challenges.

Benefits of the Eristica platform

Content creators or creatives in general gain access to a whole new audience while developers gain another tool in the market to implement and market their ideas.

Eristica users are also rewarded for their contribution to the platform in the form of ERT tokens which can be used in the platform or traded on exchanges for profit.

In terms of fees, Eristica sets one of the lowest rates in the industry by only setting a 3% fee on all bets, challenges, and competitions.

It will not go any higher than that, meaning that users will enjoy much lower fees than today’s industry standards. 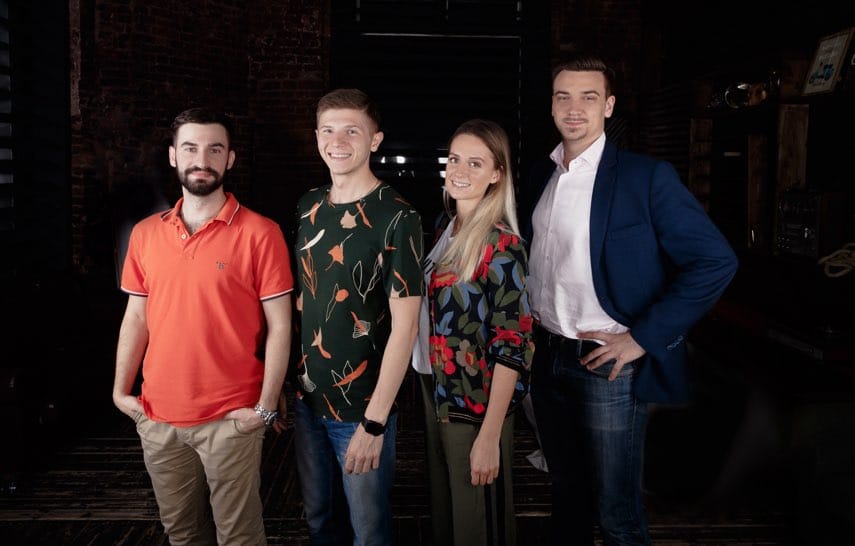 Here are the details of the ERT (the platform’s official utility token) token sale: