There has never been a better time for female entrepreneurs to turn their ideas and passions into profit. With access to an assortment of tools and resources, business owners can give their startup enterprises a professional and thriving look from the very beginning. Home-based businesses that launch from a garage, as did Dell, Apple, and Amazon can easily give their fledgling company the glamor of a large company.

Women are increasingly starting their own businesses as a way to seek flexibility, freedom, and control, as well as for passion, creativity, and fulfillment. Compared to the other factors, the pursuit for money is the least important factor for many women entrepreneurs. Here are some other facts and figures from the UK female entrepreneur segment:

List of the Greatest Female Entrepreneurs in Recent History

Female entrepreneurs are impacting the world, and more importantly, the industries that they venture in. Through their ideas, businesses, and execution, women transform societies for the better.
Here are some of the most amazing female entrepreneurs who have defined their industries: 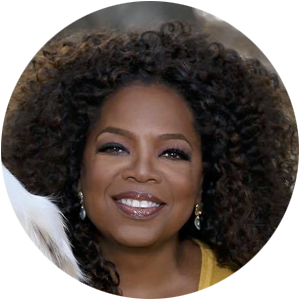 Born to a disadvantaged teenage single mom in rural Mississippi, Oprah Winfrey has one of the most inspiring rags-to-riches stories. She created a media empire out of a talk show and became the most successful and influential women in the media in the process. At the end of her 25-year run talk show, Oprah left a lasting legacy on many corners of the human cultural psyche.

Oprah Winfrey not only revolutionized the talk show genre and the book-publishing world, but she has also helped countless people learn to accept individuals of different cultures, races, color, etc.

Oprah was certainly not the pioneer of talk shows on television, but she transformed the genre, earning herself the title “Queen of All Media”- given by the public. She changed the gossipy daytime talk shows to intimate live sessions where her imposing demeanor and persistent messages of optimism and self-improvement worked to infiltrate the American lifestyle from all angles, breaking down conventional barriers of journalism.

Before Oprah came into the scene, talk-show hosts of the 1960’s like Mike Douglas, Johnny Carson, and Merv Griffin only focused on celebrity guests and discussions on objective stories about movies, music, politics, and other things regarding pop culture. The shows started to be a bit open and subjective in the 1970s, with hosts like Phil Donahue, Barbara Walters, Geraldo Rivera, and Sally Jessy but the entry of Oprah in 1986 revolutionised the industry with interviews that drew emotions – laughter, sorrow, pride, fears – interviewing people as if talking to a child in order to reach their emotional core.

Oprah also revolutionized the book-publishing industry by making things that people would typically consider to be private public. She also prepared a huge audience to acknowledge and celebrate the differences among people, regardless of sexual orientation, color, or disabilities. Think of anyone sharing their own stories and opinions, from journalists to memoirs to social media; this subjective reporting originated with Oprah.

There’s a lot to say about Oprah. Her message tapped into the deeply American notion of “power of the mind” and “self-transformation”, telling her audience that anyone can change their circumstances. And the impact of her message resonated due to its varied distribution, including her talk show, book club, magazine, and even her very own network.

Indeed, Oprah has risen from poverty – through sheer force of personality – to build a $3 billion empire that spans print, radio, and film; and in the process, influencing the way women think, study, talk, eat, exercise, ship and lead. She also strives to empower people of all walks of life via her foundation. CNN has called her “arguably the world’s most powerful woman” and President Obama awarded her the Presidential Medal of Freedom. 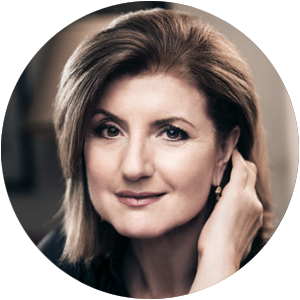 Another woman who revolutionised the media industry, Arianna Huffington was born in Greece, studied economics at the prestigious University of Cambridge, and then moved to the US to lead a tech revolution. Arianna became an icon of liberal punditry when she co-founded the Huffington Post in 2005 (along with Jonah Peretti and Kenneth Lerer).

HuffPost – as many refer to it – is a news and ideas online platform that liberally jumbles traditional reporting with aggregated content and blogged opinions. The website has won critics and imitators and draws in over 200 million unique visitors each month.

In 2005, Facebook was a year old, and there was no Twitter, though there were already countless reporters, news aggregators, and bloggers on the Web. So, Arianna’s idea was to bring these entities together – a blend of well-known and unheard voices on one platform.

HuffPost was the first digital media firm to win a Pulitzer Prize. The company was purchased by AOL in 2011 for $315 million; then Verizon purchased AOL for $4.4 billion. Now that the site has access to deeper pockets, it is likely to grow its countries of operation from 15 to 17 – once it launches in China and Mexico – and even more in its global conquest.

Arianna is believed to have remarkable influence over the direction in which the web is evolving, and has been listed by Forbes as the 52nd most powerful woman in the globe. 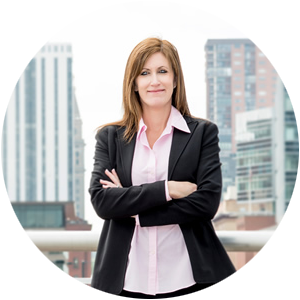 Heidi Ganahl is one of the most respected, extraordinary, and in demand female entrepreneur in the United States. She is the founder and CEO of one of the largest and fastest growing companies in the pet industry – Camp Bow Wow. She came up with the idea for the business together with her husband when they were in their 20s. But when her husband died in an airplane crash at the age of 27, she had to shelve the idea even after a multi-million dollar insurance settlement that she mismanaged.

Five years later (in 2000), with only $80,000 of the settlement left, a passion for dogs, her strong entrepreneurial spirit, and amazing leadership skills, she picked herself up to become the $80 million leader in the $53 billion US pet and franchise industry – with 120 open camps, 20 in the process of opening, and 50 in-home pet care franchises.

When she started, Camp Bow Wow was one of the first doggy day cares in Colorado, but now there are hundreds in the industry.

Hers was the first pet-care facility in the US to install webcams so pet owners would watch their dogs playing. No one expected the idea to work, including the veterinarians, because the dogs would fight and injure each other and their handlers. But the doggy care grew, and people encouraged her to franchise, which she did successfully 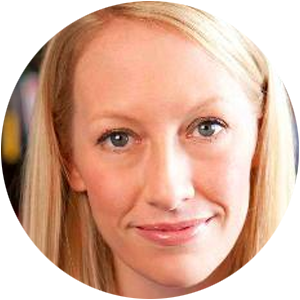 Julia Hartz co-founded the Startup Eventbrite with her husband, Kevin in 2006. Eventbrite is not only a ticketing platform but also the first worldwide marketplace for live experiences. In other words, Julia created a platform that revolutionized the way events are promoted and how tickets are sold. Since conception, the company has raised a total of $140 million from major investors, including the famed Sequoia Capital.

In 2011, over 1.1 million events were ticketed on the platform, while tens of millions of events goers found activities to attend on Eventbrite. In 2012, the company reported $600 million in gross ticket sales; and in 2013, Eventbrite passed the $2 billion gross ticket sales mark.

As the first major player in the US market, Eventbrite has realized the merits of being a ‘first mover’ in the market. Since the launch of her company, other ticketing systems have come up, with an estimated 173 companies in the online payments industry fighting for recognition especially in niche markets. To counter this, Eventbrite launched a mobile app “Entry Manager” that processed over 3 million tickets in 2012, partnered with Tough Mudder in 2013 to target niche markets, and launched the “Eventbrite Neon” app in 2014 to help manage orders, track sales, and admit attendees into an event. 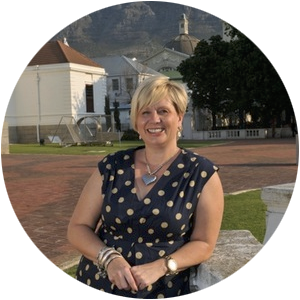 Born into poverty in Zimbabwe, Penny Streeter overcame all odds to create a multi-million dollar nursing recruitment business in the UK. Penny got educated in South Africa and moved to the UK at the age of 12. She got employed, married, and blessed with three children. She started her first business in 1989 that later failed, and got divorced at around the same time, which drained her monetary reserves. In fact, things got so tough that she had to seek homeless accommodation with her three children.

It was not until 1996 when she had her breakthrough and founded Ambition 24 Hours – a staffing company in the medical field that provided nurses for domestic care, private nursing, care assistance, and other areas. Actually, the recruitment sector in the UK was already crowded at the time, but none of the agencies operated after office hours. So, together with her mother, Penny worked as an entertainer for children’s parties to start her 24-hour nurse recruitment company.

They got the most calls from nursing homes at 5, 6, and 7pm looking for nurses to replace those who did not turn up for their shifts. The company’s growth was phenomenal, exceeding a turnover of £500,000 in only six months. Her company placed first in the 100 Fastest Growing UK Companies in 2002 and remained on the list in 2003 and 2004. She later moved her back office to South Africa, and now heads the A24 Group of medical staffing in the UK and South Africa.

One common denominator in all these inspirational female entrepreneurs is clear: if you get into a business that addresses a need and you love what you do, you will enjoy succeeding in your work. You can turn your passion into profit and strive to propel your company to the top, provided you prepare a robust business plan and test your business model to ensure your business is sustainable from the start.