A new Ethereum-powered project called Gems is aiming to decentralize effective but overpriced mechanical turk platforms by bringing crowdsourced microtasking onto the blockchain.

You may have heard of “mechanical turk” platforms such as Crowdflower or Amazon Mechanical Turk, which allow organizations to outsource microtasks to a large crowd of users. These tasks commonly consist of repetitive basic exercises that require human judgment, such as moderating online content or labeling objects and photos.
Centralized mechanical turk platforms, however, suffer from a number of issues. Organizations requesting work on through these services are charged extremely high additional fees to list jobs and are commonly charged premium rates for highly-rated workers.

Workers are also required to complete a lengthy signup process and are charged fees for withdrawing earnings. Requesters are also often required to pay for the same job to be completed multiple times in order to ensure it is performed correctly, a process that is referred to as ‘consensus by redundancy’.

The Gems project aims to solve these issues by bringing the mechanical turk concept onto the blockchain. By decentralizing task management architecture and incorporating a ‘trust score’ mechanism, Gems wants to allow requesters to connect directly with workers without the need for middlemen, reducing overheads and creating a truly fair microtasking ecosystem. 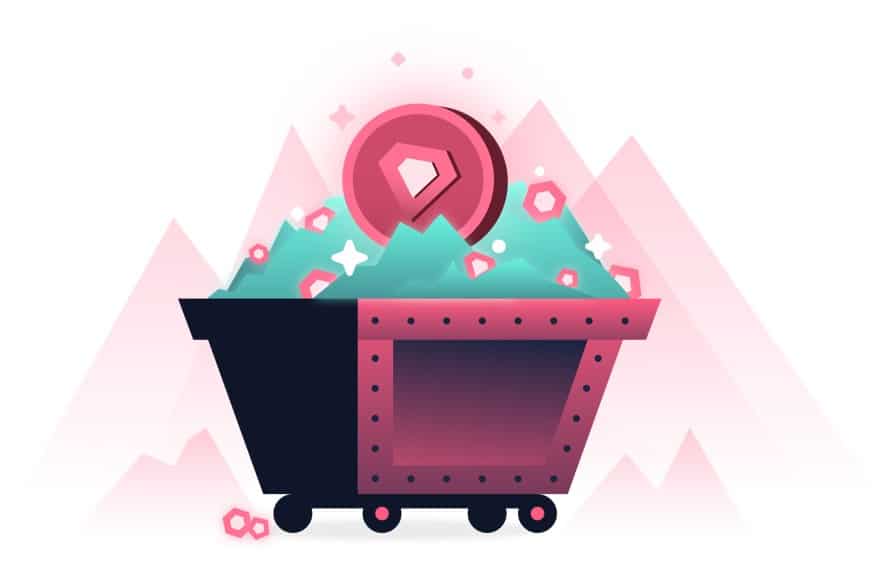 Gems is built upon the Ethereum blockchain and aims to create an environment in which anybody can access the flexibility of scalable micro-task workers without the issues presented by the centralized platforms that dominate the current market.

Gems is fuelled by a native crypto token that is used to regulate the behavior of platform participants, which is also used for remittance. A staking mechanism ensures task completion, while a separate trust mechanism tracks the integrity of workers and contributes to a reputation score for each user.

The goals of the Gems project are clearly defined. By allowing requesters to engage workers directly via Gem tokens, Gems removes the large fees associated with middlemen. The open and transparent architecture of Gems allows users to verify the accuracy of results without the need for consensus by redundancy.

The Gems platform is the brainchild of Harvard alumni team Rory O’Reilly and Kieran O’Reilly, who are the minds behind Gifs.com. The development team is also backed up by an impressive roster of advisors that includes Biz Stone, the co-founder of both Twitter and Medium, as well as Ben Maurer, the Co-Founder of reCAPTCHA.

The upcoming Gems ICO possesses a number of qualities that make it stand out from the crowd. The microtasking industry is currently heavily centralized and ripe for blockchain-based disruption, providing Gems with a solid market in which to launch.

The task completion mechanism and trust score system delivered by Gems provides an elegant solution to the issue of consensus by redundancy, and the cryptocurrency-based payment system eliminates the high fees charged by platforms such as Amazon Mechanical Turk and Crowdflower.

Unlike most initial coin offerings, Gems has already launched a pre-alpha and boasts more than 4,000 active members in their Telegram group. Interestingly, Gems have made it a requirement that potential ICO investors participate in their community program.

Individuals that want to invest in the upcoming Gems ICO are expected to contribute to the growth of the Gems ecosystem through actions such as inviting new members to the Gems telegram, sharing the Gems platform on social media, or driving constructive discussion in the Gems Telegram.

Gems is a highly promising initial coin offering that targets a market that is prime for disruption. As Gems no immediate competitors in the microtasking industry and is making community participation a requirement for access to their token sale, it’s likely that this unique project will become one of the most successful ICOs of Q1 2018.