The mobile app market is estimated to achieve a staggering $850 billion value by 2018.

While the application industry was dominated by PCs and laptops in the last decade, recent times have seen the mobile sector take over, with the majority of today’s browsing habits done on mobile devices.

With the adoption of tablets and smartphones at an all-time high, mobile apps have also risen in popularity which replaces mobile-friendly websites and pages.

But what do you get in return?

The downside is that there are many issues in mobile applications.

As advertisers, they logically want to focus on performance and analytics of their ads. They want to measure user behavior in KPIs that differ from other advertising industries; mobile app advertisers want to monitor the user’s post-download behavior.

The problem today is that post-install behavior is incredibly hard to track down. For advertisers, it’s hard to segment users from different sources which are generating revenue for the app.

What makes the situation worse is that mobile ads are subject to fraud which costs advertisers big time. A recent study showed that nearly 60% of traffic on the internet is driven by bots which significantly reduces the effectiveness of ads.

We haven’t even talked about how businesses use user data for their own gain!

Google and Facebook are used by billions every day but these companies sell your data to advertising partners, that’s why the services are free.

But what do you get in return?

These statements highlight several issues of the mobile and advertising industry that needs a major overhaul.

iBuildApp Network is an advertising marketplace aimed to solve the problems mentioned above.

With iBuildApp Network, users are rewarded in the form of tokens in exchange for viewing ads on their mobile devices as iBuildApp Network is built to focus on the mobile advertising industry.

iBuildApp Network utilizes the blockchain with Ethereum and uses smart contracts to provide safe, secure, and transparent transactions for every user in the platform.

The whole platform will revolve around the iBuildApp Network app token (IBA), a utility ERC-20 token that can be sold and exchanged for cash or other cryptocurrencies.

In addition to rewarding users who watch ads, iBuildApp’s marketplace will allow budding content creators to sell their creations such as apps, pictures, graphics, and even templates to iBuildApp Network users around the world.

An interesting to note about the blockchain-based advertising platform and the marketplace is that iBuildApp Network already has an extremely popular drag-and-drop app building wizard in the market.

The aptly named iBuildApp application allows anyone to use their drag-and-drop wizard to create their own app even if they have no prior coding skills.

The app creation wizard will continue to be a part of the business’ plans as it moves into the blockchain sector.

How does iBuildApp Network work?

The iBuildApp network will include a private and secure marketplace for ads, content, and widgets. The network will allow advertisers to buy apps similar to how businesses buy advertising slots on TV.

The platform will rate each app individually for advertisers based on factors like reach and conversion rates which enables advertisers to spend their money effectively.

These ratings are then incorporated into an App Store-like marketplace which lists the top apps of the day. The list can also be filtered by advertisers based on the age of the audience, gender, interests, as well as location.

App developers are also paid by advertisers for ads in the applications while users are given the unique benefit of choosing what type of ads they want to see and get rewarded for it.

The iBuildApp network process is summarized this way:

If you’re wondering how users “choose” the ads they want, they do this through smart contracts offered directly by advertisers. These smart contracts will self-execute and run directly on the blockchain without the need of a third-party.

Once the smart contract confirms that a user has viewed an ad, the contract would automatically release tokens to the user’s account.

Advertisers also have the ability to set the smart contracts to release funds even if a mobile user chooses not to view an ad. The data can then be re-used to determine which users are worth targeting again in the future.

iBuildApp plans to list at least 100,000 apps on the marketplace once the platform officially launches. 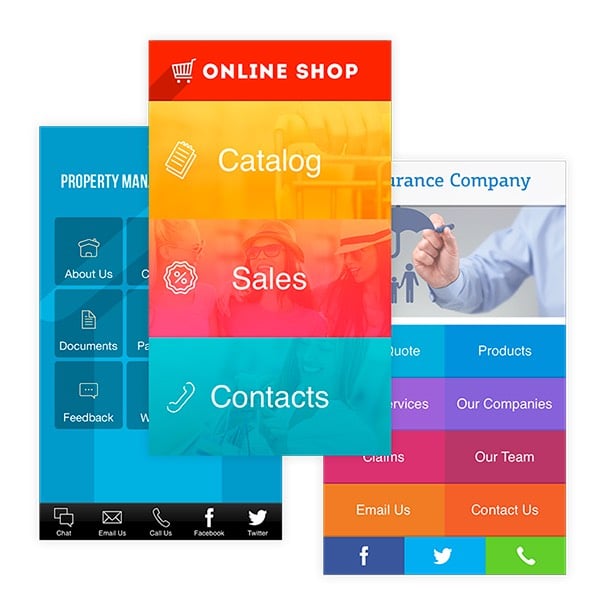 These tracked customers are then offered personalized ads. For example, if a user downloaded a fashion e-commerce app and bought some shoes on the app, the customized advert would then offer the user matching handbags or accessories.

As mentioned earlier, the platform will also include a marketplace for creators to sell content such as videos, blogs and articles, even plugins to businesses and users around the world.

iBuildApp Network will launch a token for sale for the IBA token.