indaHash is a platform that allows budding and established influencers to monetize their social media popularity through influencer marketing for brands.

The platform is directly responsible for brands who want to work with influencers (individuals with a large fan base or influence in social media) in marketing campaigns with some of the big brands who’ve already worked with the platform including Coca-Cola, Sephora, VW, as well as Adidas.

In 2016 alone, nearly 500 campaigns were successfully launched through the indaHash platform with more than 200,000 influencers earning a nice sum of money through the campaigns.

Today, there are over 300,000 influencers in more than 70 markets connected with brands all across the world—an astonishing feat for a startup that is not even 5 years in existence.

indaHash conducted an extremely successful pre-ICO (started on the 8th of November) with an astonishing 15,000 ETH collected with more than 4,000 investors from 101 countries.

indaHash’s pre-ICO target reached its hard cap in just a few days, even faster than the team’s initial expectations for it.

How does indaHash work?

The process of becoming an influencer or for influencers who already have an existing fan base is 100% free and incredibly easy thanks to indaHash’s intuitive onboarding sequence.

Once registered, influencers will receive a notification on their Android or iOS devices whenever a campaign that they can apply appears.

After a campaign pops up, influencers interested in landing the part will need to submit a proposal with relevant content such as photos or videos, which will then be reviewed by an indaHash moderator and the brand itself.

If the content is approved by all parties, it is published and influencers are paid instantly by indaHash based on a series of key metrics such as cost per 1,000 impressions (CPM), user engagement, and even content views or likes.

While indaHash is responsible for paying the influencers, they don’t use their own budget to do that. Instead, the brands pay for the campaigns based on how much they’re willing to spend.

As mentioned earlier, the indaHash platform is incredibly easy to use and is accessed mainly through their mobile app. Unlike today’s practices, indaHash automates campaign opportunities for influencers which is very, very convenient.

Previously, social media influencers have to contact big companies to get featured in a campaign with only the super popular influencers getting contacted first by brands.

With indaHash, however, everyone gets a fair shot at promoting campaigns for brands.

indaHash was founded by Barbara Soltysinska, a serial entrepreneur and visionary who co-founded LifeTube, the largest Polish multi-channel network on YouTube with over 300 channels and over 43 million monthly active viewers.

Available campaigns on the indaHash platform are tailored to the audience of the influencer. This makes it very easy for influencers as they only have to accept or decline a campaign, instead of having to filter through everything.

By promoting products or services that are relevant to the influencer’s fan base and niche, indaHash prevents an influencer from being branded as a sellout—a common issue that happens because of influencers who promote products that are atypical of them.

At the same time, brands also benefit from indaHash massively.

Companies and brands no longer have to go through the arduous (and often times time-consuming) process of individually contacting influencers to get them in their campaigns.

With indaHash, everything is automated and is as simple as only needing a few clicks to launch an influencer marketing campaign for brands.

To make things even sweeter, content created by these influencers are 100% organic and engaging which allows brands to get an average of 7 times more engagement than normal marketing strategies.

Finally, companies can be sure that their product will be promoted to the desired target audience

In a nutshell, indaHash offers extreme value to both brands and influencers.

Once a campaign in indaHash is over, influencers are paid instantly in their indaHash wallet from which they can withdraw the funds directly to their bank accounts.

Benefits of the indaHash platform

indaHash offers several advantages to users of the platform:

Instead of just being a viral marketing platform, indaHash aims to bridge the gap between influencers and their fan base by building a user-oriented platform.

Influencers who want to give back to the community, for example, have the opportunity to automatically reward their most active fans with customized tokens.

Thanks to the features of the IDH token (indaHash’s official utility token), influencers can now expand their global presence more efficiently while at the same time, maintaining a personal presence for all of their fans.

Tokens accumulated by fans can then be redeemed for individualized bonuses such as private meetings with the influencer, signed and personalized gadgets, to being featured by the influencers themselves.

In today’s modern world, reviews are the bread and butter of products, with many a product meeting its fate solely because of reviews.

With indaHash, IDH tokens can be used by brands to reward honest influencers. These tokens can then be used to get attractive discounts which encourage honest, helpful, and in-depth reviews. 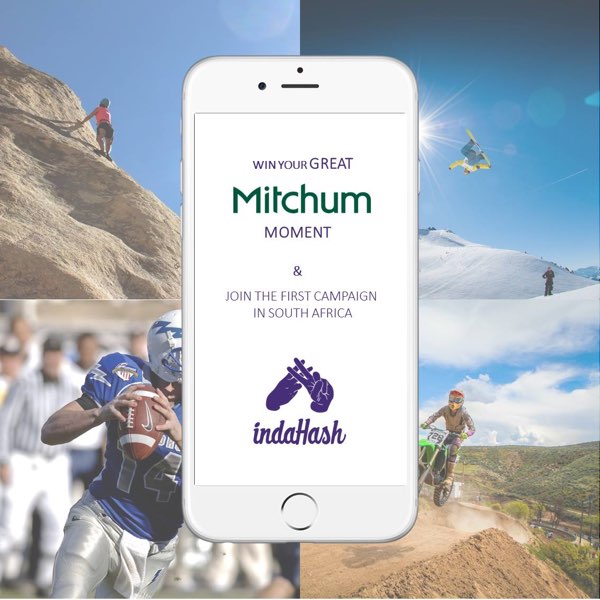 Aside from the inherent secure nature of the blockchain, influencers also don’t have to worry about sharing their personal information with anyone when receiving payments because they don’t need to do so.

Instant payments for any service or product

By using IDH tokens, payments for campaigns are credited instantly to influencers after the campaign is over.

Micro-transactions in the platform are not an issue as there is no payment limit for IDH tokens.

Influencers who want to work on a global scale are also empowered as cross-border limitations are removed with the use of IDH tokens.

Unlike fiat currencies, digital assets are not attached to countries which removes a lot of the paperwork and fussy processes related to international transactions.

Here are the details of the upcoming IDH token sale: