The Universa platform is set to introduce a revolutionary blockchain technology designed to capitalize on Bitcoin and Ethereum’s technologies by fixing their weaknesses.

This will be done by improving smart contracts and the tokenization process. Blockchains today work in tandem with cryptocurrencies, but Universa wants to change that by making the blockchain more accessible and practical to the public as well as increasing the use of blockchains by businesses.

The platform will support the tokenization of anything such as passports, taxi fares, gym memberships, or even your house keys! Aside from making smart contracts work even quicker (and smarter) in Universa, the platform wants to get rid of mining which wastes a lot of energy to process transactions. Like Ethereum, the Universa platform works similarly in a sense that other cryptocurrencies can be built on the Universa blockchain without any problems.

We recently sat down with Alexander Borodich, the CEO of Universa to have a chat with him about the project as well as finding out his thoughts and insights.

Hi, Alexander. Thanks for joining us today. Can you tell us more about yourself and Universa? Universa is an ambitious project. How did the idea come to you? Were you unhappy with the current blockchain industry or do you think some things could be improved?

I am a technology investor, the founder and managing partner of VentureClub, investor in more than 90 startups, the former head of marketing at Mail.ru group, Russia’s largest IT company. Universa Blockchain Platform – is the reinvention of protocol to democratize the cost of the transactions and usefulness of blockchain.

While Bitcoin reinvented gold, we reinvented Money and create Smart Money. We have a working technology for New Generation of Blockchain for apps/enterprises(crypto protocol 1000x faster than Bitcoin/Ether, 100x cheaper, zero-knowledge cryptography inside) and an excellent team.

The blockchain industry is currently fairly basic, – it didn’t exist at all when we started working on the Universa project! This year, excitingly, blockchain has seen a real breakthrough. However, it hasn’t yet resulted in the formation of legal structures and regulations in this sphere – which severely slows down the blockchain platforms development. In fact, the creation of a blockchain institution is precisely what we are trying to accomplish.

What do you think is the biggest problem Universa will solve in the blockchain sector and why is it important to solve it?

With its incredibly low cost and high transaction speed, Universa will help the network economy make a huge leap from the Middle Ages, so to speak, to the industrial economy. You could say this is an Industrial Revolution for smart contact and e-payments, and that’s where Universa intends to become one of the leaders.

The technology behind optimizing Universa in such a way that over 20,000 TPS can be achieved is amazing. Could you perhaps explain how Universa works so quickly and efficiently in processing transactions in a way that a 10-year old can understand?

Yes, it`s pretty impressive but luckily also very straightforward. First of all, we don’t have mining. And Universa is using multiply blockchain connections and can work with any blockchain platform, storing only hashes from the important data – that’s why it is so cheap and fast.

A significant detail of Universa is that the mining process is forgone for a system where (correct me if I’m wrong) nodes are made up of trusted systems or hosts. Can you explain why you made this decision? How is the process like to become a host and what are the expectations needed to be fulfilled by a host?

You’re exactly right about mining! Firstly, we need to specify why exactly we need mining in the first place. The mining process serves two purposes: it confirms the fact that a particular node has performed the verification, and adds value to this answer, which altogether makes it unprofitable for the miner to perform the checking incorrectly. This results in the vast mining cost, much higher if compared to the cost of the actual checking process. These goals can be achieved in a less extravagant, expensive way, which is precisely what Universa offers.

Specifically, to know the result of the verification performed by a particular node of some document, it’s enough to refer to the node one more time; in our system, each node confirms its verification result during the document validity period on request.

In order to make it unprofitable for the node to falsify the checking, we economically deprive it of such option – fake checking will not bring any profit to the node, for it will not meet the obligatory consensus of 90%, and vice versa: a node systematically issuing incorrect answers, will be discovered by robots at other nodes and then disconnected from the network, losing its expensive license, along with the profits from turnover.
So, it’s more profitable for a node with high performance to buy several licenses and process a lot of transactions rather than trying to forge solutions. It is all like mining, but with no mining present! In technical terms, we have optimized the system and introduced a positive feedback between the node operation consistency and its profit. These types of systems guarantee the fastest growth. 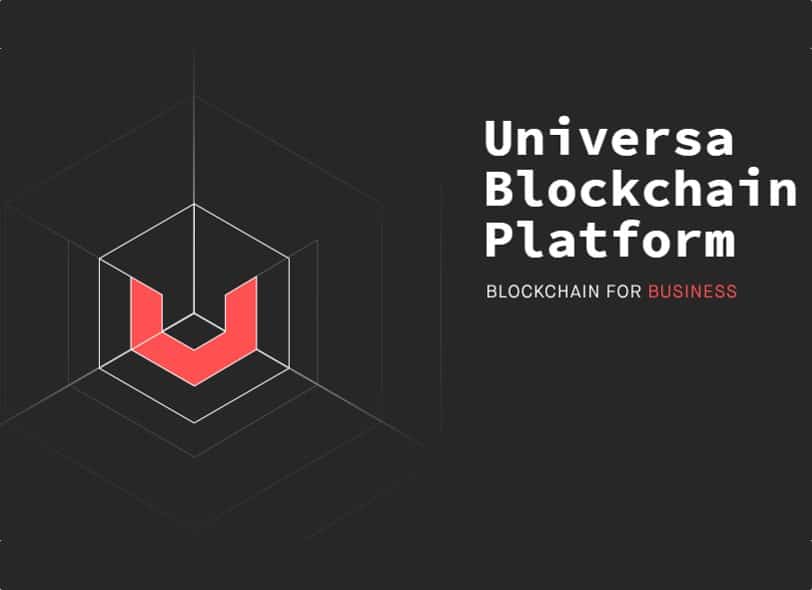 Universa – The Fastest and Smartest Customizable Blockchain Protocol for Business

The blockchain is set to be the most important innovation of the 21st century. With Bitcoin and Ethereum, individuals can finally have digital currencies that are not only capable of replacing traditional money, but also utilize the benefits of the blockchain in many programs and applications. There are, however, several

1 comment
Go to top
In the very unlikely case of the Universa network being congested, what would happen to the platform? Are there any backup plans or solutions for when the blockchain is overloaded or is Universa powerful enough to handle that?

Luckily we have systems in place to deal with issues like this. The network architecture allows for the unlimited amplification of each node to process any transactions flow, only limited by the Internet traffic capacity. As the nodes load increases, the owner will connect more and more servers that will process transactions in parallel, but within the same node, using such familiar mechanisms as sharding and load balancing. Think of it as a well-organized web service: if you need to process a huge number of requests, you connect hundreds or even thousands of servers to the balancer and get any capacity level required.

An interesting aspect of Universa is the integration with IoT. Could you explain how Universa will integrate with IoT? If possible, could you also explain an example use case of this integration?

The possibilities of applying Universa to the field of IoT are as diverse as the Internet of things itself. The main advantage of Universa is that the client can easily be located not only in the IoT master controller but also in many target devices.

For example, the door lock/pay gate/cabinet lock checks the user’s hotel or SPA center card (or mobile phone with NFC) of the hotel, SPA center, while checking the user’s current contract, which has been issued, paid in the system of and certified by Universa. Similarly, you could apply this to the ignition switch in a rental car.
Regarding management of shared/sold separate resources (for example, a laundry unit, sauna, etc.), said client could be placed in something as small as a switch or card reader. It will be slightly more costly, but completely autonomous.

What has been your happiest moment so far working on Universa? On the flipside, what has been the most painful, or perhaps the most regretful decision you’ve made with Universa? 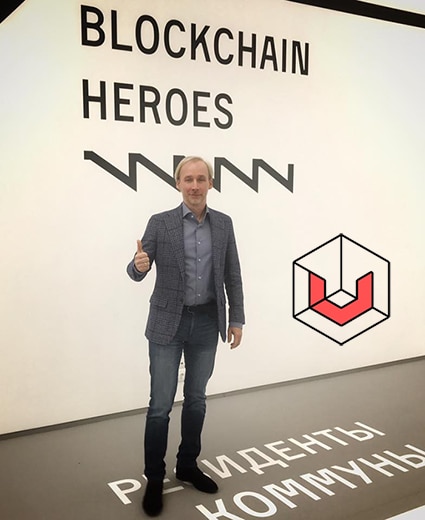 I think that the happiest moment of the Universa project is yet to come. It feels like we’re only just getting started. It’s really exciting to be here at the forefront of the industry, and I can’t wait to be part of new developments. As for problems, the development of the blockchain industry as a whole is where the issues are! At the moment, the absence of legal frames doesn’t allow us to implement all our plans, which is one of the most frustrating aspects of the project.

Universa has a target funding of up to $99 million and a large total supply of tokens of up to 10+ billion UTN which is significantly larger than most TGEs. What is the reasoning behind this?

It’s not as large as it seems! For example, Iota has 2,779,530,283 MIOTA tokens supply. Many others have the same target as us or higher. The goal was determined by the Universa blockchain platform potential itself and vision to create the best worldwide Blockchain Platform.

John McAfee is on your advisory board – how cool is that?! How did this happen? 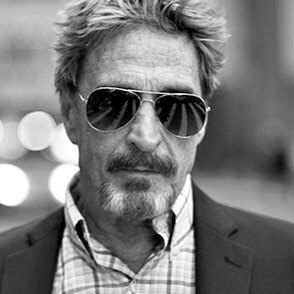 It’s actually not a very exciting story! The McAfee venture fund was looking for a blockchain platform for issuing its own cryptocurrency, and of all the solutions on the market, Universa turned out to be the most attractive one.

But we’re thrilled that John McAfee has become our advisor, it’s great to have such a prestigious and innovative figure working with us.

What do you think is the biggest challenge or obstacle Universa will face? How do you plan to tackle that challenge?

The biggest obstacle to any technological revolution is the attitude of society and governments, who are traditionally suspicious of innovations. We see this with our own work – the growing popularity of cryptocurrencies provokes more mistrust, stemming from ignorance about the technology. People tend to judge negatively what they fail to understand, and this is our biggest problem when it comes to using cryptocurrencies.

Where do you expect Universa to be in a few years?

Our biggest aim is to become one of the few key protocols, which, on the one hand, state and industrial blockchain will be built on, and on the other hand, a decentralization system of P2P transactions, communication, and interaction in a new decentralized economy will exist on.

An average day consists of a bunch of business meetings. I’ve also been teaching for a while now, which I love. I speak at the field-specific meetings of the ordinary business level, and also at the meetings with the government representatives. So, to do everything I’ve planned, I need to schedule as many meeting during one day in one particular city as possible. It’s pretty hectic!

Can you express one personal opinion of yours about blockchain? It doesn’t matter if it’s negative or positive, we just want to hear your thoughts on it.

The blockchain is a technological revolution at its early stage of development, but soon it’s going to enter everyone’s daily life. This is an open field, ripe for innovation and the introduction of new systems that will form the basis of commerce, business, and management, implemented on a global scale. It will be shaping society and human culture for the next few years, decades and beyond. It’s fascinating to be part of something this big.

That concludes our Interview with Alexander Borodich