Japan Earthquake Animal Rescue and Support (JEARS) was founded on March 13th, 2011 as a Rescue and Education type of organization.

The four founders and their groups put aside their own challenges to create JEARS with the view to coordinate rescue and support efforts for animals affected by the March 11 earthquake and Tsunami in Northern Japan. Even before then, these groups had been working tirelessly to not only rescue animals affected by different tragedies but also re-home them. 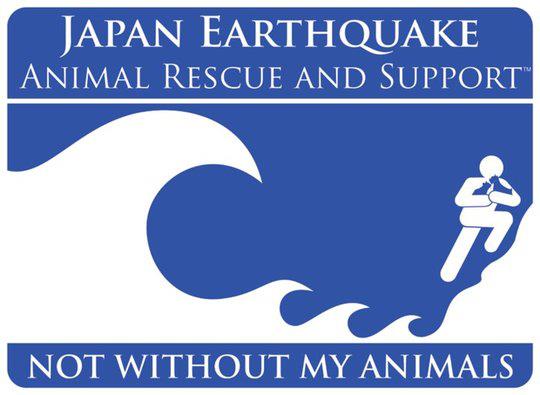 JEARS Media played a role in organizing donations, food, and supplies that were critically needed, in addition to providing volunteer searches, logistical support, and adoption outreach.

Impact of the Initiative

Pets are not permitted in human evacuation shelters, plus there is no government or public-funded initiative to support these animals. Rather than abandon their pets to take advantage of the warmth of human evacuation shelters, many survivors opted to find shelter elsewhere as long as they stayed with their kids and animals. Some slept in their vehicles while others sought shelter under tarps near the damaged buildings.

With the nearby stores either heavily damaged or closed, JEARS stepped in to provide the evacuees and their traumatized pets with pet food, crates, cat litter, and first aid assistance – things that were priceless at that time. JEARS worked hard to recover traumatized dogs and animals from their destroyed or damaged homes and reunite them with their families or place them in shelters.

JEARS also rented a nearby warehouse to host the excess animals rescued, and opened a “Lost Pet” website in Japanese for pet owners to post their missing animals online. This information was necessary to help rescuers find the owners of the pets they took in.

Other pet owners in areas outside the main quake area also requested nearby animal shelters to harbor their cats and dogs as they evacuated in fear of another earthquake arising.

Funding
JEARS received its funds from grants, such as that from the SPCA International Emergency Grant, as well as donations from well-wishers across the globe via their PayPal account. The funds received were used directly for animal rescue and support, allowing these groups and volunteers to keep up with their life-saving endeavor. ChipIn was proud to be chosen as the main Crowdfunding Platform to collect donations from all over the world.