On May 30, 2012, a solo gunman started a shooting spree at Café Racer, a local Seattle artist refuge, killing five people and injuring others. Following the disaster, the Café Racer Love campaign was created on Chip In, alongside other fundraising activities, to raise funds to support the survivor and victims of the shootings, as well as their families. 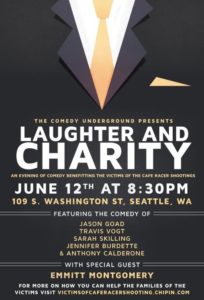 The proceeds of the campaign were awarded to the surviving spouses, family members, lone survivors, Len, and his family, as well as Café Racer to help rebuild it.

Any remaining funds were to be used to establish a living memorial for the Café Racer shooting victims and scholarships in their names.

Memorial Fund for Victims of the Café Racer Shooting

Donations to the general fund benefiting all affected by the shooting were received via multiple avenues, including:

Chip In: The Chip In campaign closed on 1st September 2012, with all proceeds directed to the entities mentioned above.

Chase Bank: Supporters wishing to donate to the victims of the Café Racer Shooting Memorial Fund could also do so by visiting any Chase Bank across the country 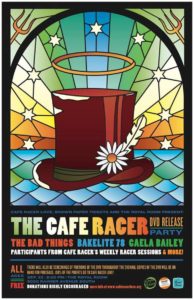 Kimberly Lynn Layfield Memorial Fund: An individual account held by bank of America was also established for Kim Layfield. Supporters wishing to give in Kim’s memory could do so by contributing to the Kimberly Lynn Layfield Memorial Fund via any Bank of America branch. Alternatively, contributors could donate online in honor of Layfield Kim to the humane society in Albany, GA, her hometown.

Memorial Funds and Donations for Gloria: To contribute in honor of Gloria Leonidas, the victim of the eight and Seneca shooting, supporters could either give to the various charities in her name and/or contribute to the education fund set up for her daughters.

Donations were welcome in any amount via Chip In or the separate funds created for the shooting victims to help cater for the treatment of the survivor, funeral expenses of the departed, and support the surviving family members.