Back to the Future gave us a glimpse on how flying cars would work in the future but you’d be surprised to know that the future is no longer a fantasy—flying cars are coming and they’re coming quick.

Advancements in technology have seen rapid progress in making flying cars and vehicles a reality despite the pessimism in the growth of the industry from several personalities and experts.

Nevertheless, the industry has received significant investments and attention in recent times which has seen the development of a new type of vehicle named as vertical take-off and landing (VTOL) vehicles.

The name itself is a dead giveaway on how the vehicle works but what makes it interesting is the potential of VTOL vehicles to become a form of transport for urban communities.

Large cities always face the problem of traffic jams and congestion which wastes a lot of time so what’s the next best solution for that other than maintain an efficient traffic system?

By using the air!

VTOL vehicles are being proposed to be used similarly to how taxis are used today but in the air instead. Not only would air taxis massively alleviate traffic issues, they would also be affordable and accessible to the average individual, making it a viable addition to the transport options available to urban communities today.

As mentioned earlier, large investments from companies like Tencent and Toyota as well as proper regulations put in place by institutions like the FAA has kick-started the growth of the industry rapidly but there remains a concern.

Because the industry is so new, treating it like other established industries would do it more than good and for such a revolutionary innovation, it’d be a waste if the industry does not reach its full potential.

Hence, the best way to approach the industry is by using an incubator-based method that benefits the ecosystem as a whole instead of only certain companies or corporations. By doing so, the ecosystem scales efficiently while benefiting all parties involved in the industry—a win-win situation for everyone involved.

One of the companies set to boost the industry is McFly.aero, an incubator for electric VTOL vehicles (eVTOL) that uses a unique marketplace approach to grow the industry and make air taxis a reality.

McFly.aero aims to promote the development of flying cars as a form of urban transport in cities all over the world by primarily using the blockchain as well as other forms of technologies.

The incubator is essentially a tech and business incubator for the upcoming vehicles-as-a-service industry and McFly.aero will focus on all stages of the supply chain to ensure that the industry reaches its maximum potential.

Other than supporting the development of passenger transportation services, McFly.aero will also lend support to any related products, tech, or services (e.g mobile apps) to help grow the industry further.

McFly.aero uses a unique token-based approach to govern and facilitate vehicles in the system and the same tokens will also contain vital information about the vehicles as well as being as used as a reward mechanism for stakeholders in McFly’s ecosystem.

The incubator has already partnered with numerous experts including the incubator’s Technology Consortium members, a group responsible for developing and maintaining the core components of the technology’s infrastructure.

By doing so, McFly.aero aims to build an integrated air taxi management system as well as supporting various parties in the industry to spur growth in air taxi-related businesses along with steadily introducing urban vehicles to cities all over the world.

To deliver on the team’s lofty ambitions, McFly.aero has enlisted a star-studded and extremely experienced team to help guide the incubator.

Unlike other projects, the people involved in McFly.aero are divided into advisors, the Consortium, and the incubators, all of which are comprised of renowned individuals in the scene including names like Alexander Borodich, the CEO of Universa, Ilya Khanykov, CEO of Bartini.aero, as well as Keith Teare, a renowned entrepreneur and cryptocurrency investor with a host of unicorn startups under his belt.

One of the core functions of the system is to use the blockchain to manage flights; this is done with the McFly token, the incubator’s utility token for transactions in the platform.

To operate an aircraft, McFly tokens must be transferred to the respective device’s wallet for it to actually operate physically. Each minute of flight is equal to one McFly token (at the time of writing) so a 60-minute flight would cost 60 McFly tokens plus any additional fees incurred for the flight.

To ensure the safety and security of passengers and vehicles in the ecosystem, a vehicle can only receive a certain number of tokens throughout its lifetime before it is restricted from operating.

Aside from being used as a unit of measure for the total lifecycle of vehicle, McFly tokens will also be used in transactions for any industry-related services or products like landing pads in addition to being used as incentives for vehicle owners and other parties involved in the McFly.aero ecosystem.

Instead of running the incubator the traditional way, McFly.aero uses a decentralized marketplace model as it can accommodate a large number of participants aside from avoiding obstacles that are usually present in organizational-based incubators.

The beauty of the marketplace is that everyone from the manufacturers to the end consumers benefit equally from lower transaction costs and entry to barriers which is why the McFly.aero team chose this model as the way to go in terms of the growth and adoption of urban vehicles. 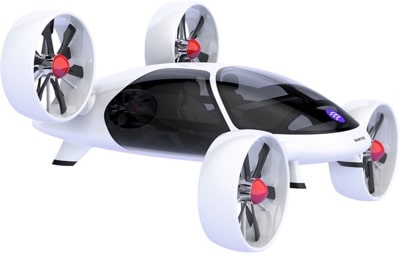 The air taxi management system in work at McFly.aero will allow vehicles and other industry-related technologies to connect seamlessly with the marketplace to allow device owners to sell their services.

Every time a vehicle is used to service passengers, the fee collected from passengers will be distributed fairly among the people involved in the flight e.g the pilots and vehicle owners.

Passengers, on the other hand, will have access to an extensive list of flight providers which they can easily book to travel from one place to another safely without exorbitant prices.

Engaging with the McFly.aero ecosystem

Once the ecosystem is fully developed, calling for a ride through McFly.aero is as easy as owning some McFly tokens and using your smartphone to book a flight to your destination.

Thanks to the blockchain’s decentralized nature, passengers have access to a real-time demand and supply of vehicles in the area which also gives them a transparent view of their flight prices.

In the case that a passenger is in a rush to get somewhere or just wants to receive higher priority service, he or she can easily request for higher priority in booking flights at the cost of more tokens, of course.

Once a flight is confirmed and the passenger is on the vehicle, the cost of the flight will be removed from the passenger’s wallet and transferred to the vehicle’s operational wallet. This amount is then automatically managed to settle all costs associated with the flight e.g pilot fees or battery recharge costs.

To service the passengers of the ecosystem, there’d have to be people or entrepreneurs who do provide such services and that’s exactly what McFly.aero enables in its system.

Anyone with a spare space like a backyard can use McFly.aero to set up their extra spaces as landing or takeoff pads which carries the incentive of being rewarded in McFly tokens each time it is used by passengers.

Everything from the rates of the service to the number of services available are not set in stone by the incubator meaning that entrepreneurs have free reign in managing their businesses with McFly’s air taxi management systems.

More of McFly.aero’s extensive features and tools can be explored further in the whitepaper. 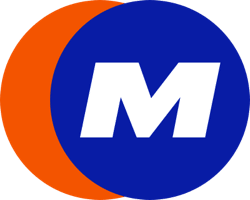 McFly.aero will be holding a token sale for the McFLY token which will be used to power transactions in the platform.