If you’ve worked in digital marketing or content creation for websites then you’ve most probably heard of the famous phrase: content is king.

Content is indeed the cornerstone of the Internet which is why companies are spending billions on producing and marketing content to their target demographic as there is no better way to engage an audience than to provide relevant, engaging content to them.

Content marketing usually costs less than other marketing strategies and if a piece of content (e.g a video or website) goes viral, the brand gets global exposure at a fraction of the cost so it’s easy to see why companies value content so much.

At the same time, content today is heavily reliant on social media and centralized platforms which is unfair to less-popular or mainstream content which threatens the diversity of communities on the Internet.

Protocol is a company that aims to change how content publishers and consumers interact with each other by decentralizing the process and allowing data and content to be exchanged directly without the need for an intermediary.

By using an incentive-based system, MEDIA Protocol rewards every party fairly which creates a mutually-beneficial cycle for all parties involved. With the use of the blockchain, transparency and efficiency are achieved in the platform, enabling it to provide a level of service not found in today’s ecosystems.

In this protocol, content creators, publishers, and consumers are connected directly and engaging actions are incentivized in the form of MEDIA tokens, MEDIA Protocol’s official cryptocurrency.

For instance, readers can use tokens to access paid content or to support their favorite creators while publishers themselves can promote their content through incentivizing readers for their viewership which are examples of how MEDIA Protocol rewards each party fairly.

The experienced team behind the protocol is led by CEO, James Tabor, and fellow co-founders, Thomas Graham and Martin Adams. They will lead MEDIA Protocol to establish itself as the pioneers in revolutionizing how content creators and publishers interact with consumers and the other way around.

How does MEDIA Protocol work?

As mentioned earlier, the protocol is essentially a place where content creators, publishers, and consumers exchange data and content directly with each other.

The key to how this system works is the MEDIA token which is used as the main transaction currency in the platform. Inside the platform itself are three distinct users that interact with the platform: publishers, consumers, and promoters.

In MEDIA Protocol, publishers are able to use a unique way to attract readers to their content; they do so by allocating and incentivizing readers with MEDIA tokens for interactions with their content such as reading, sharing, or commenting on the piece of content.

This way, readers are incentivized for taking their time to engage with content and as such, they are more likely to read the content and share it with their friends at their own will.

Because of this rewards-based system, publishers receive more exposure for their content at lower costs as everything happens organically compared to the system in use today where paid promotion is costly nor is it guaranteed to be effective.

What makes MEDIA Protocol unique is that content in the platform is not categorized by the type of content (text, video, audio etc.); instead, it is represented by a URL which means that any valid URL is considered as content in the protocol. Publishers can assign any amount of MEDIA tokens that they own to a URL which will then be used to incentivize readers.

Next up on the list are consumers, individuals who engage with available content in apps or websites utilizing the protocol. As mentioned multiple times above, consumers are rewarded with MEDIA tokens allocated by the publishers and they receive them for their interactions with content.

Tokens can be used like normal cryptocurrencies but they also can be used as a way to make purchases or payments. With it, consumers have the ability to directly support content creators by tipping them in MEDIA tokens or paying to access paywalled or subscription-based content.

Hence, readers can earn money and enjoy content at the same time while supporting the creators hence removing the ad-based platforms today that annoys readers and barely supports the financial needs of content creators. 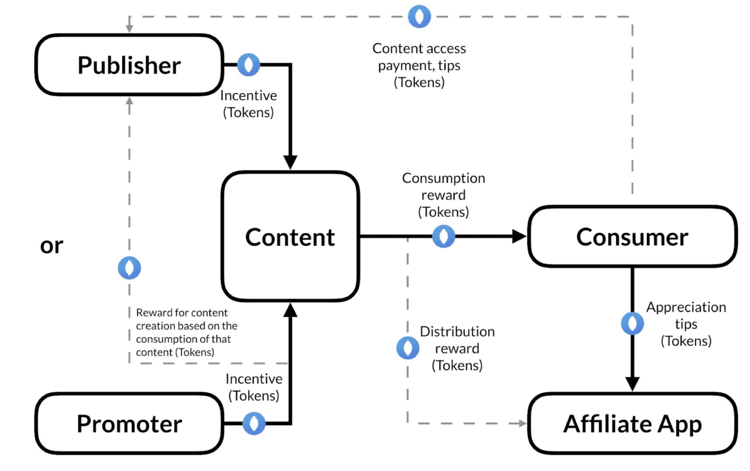 An important aspect of MEDIA Protocol is the total privacy it gives to consumers. Unlike normal content platforms, a consumer in MEDIA Protocol only needs to share his or her MEDIA Protocol wallet address and nothing else of their personal info.

Now, we know that data is important to companies so if the protocol gives complete privacy to consumers, how can companies receive valuable data?

Data about the performance of content is always transparent to companies but more importantly, MEDIA Protocol’s extensive features in how incentives are structured allow companies to rewards consumers for more “useful” actions.

For instance, publishers can allocate 50% of their total budget to users who complete a survey and 10% to users who like or share content. This way, users are incentivized more for providing personal info which is fair as today’s systems don’t even pay, let alone ask, users for their personal info.

This is just one of the advantages of the MEDIA Protocol publisher tools which helps publishers to promote their content better and run more effective campaigns.

Content distribution platforms (e.g Taboola, Outbrain) also have a place in the protocol’s ecosystem. In MEDIA Protocol, these platforms receive a certain amount of tokens as commissions for effectively distributing relevant content to readers.

Like publishers, they receive money from consumer interactions with the content they’ve distributed but they can also receive tips from happy consumers who want to thank them for their service.

The first application of the MEDIA Protocol can be seen in the CryptoCatnip app, a crypto-based news and media aggregator which allows consumers to access content easily and receive rewards for their interactions.

Interactions in the app are tracked and verified through the app’s blockchain technology, making it incredibly strong security-wise. The app will also use machine learning algorithms based on the platform’s data to accurately promote relevant content to readers hence saving publishers money and enabling consumers to engage with content they’re actually interested in. 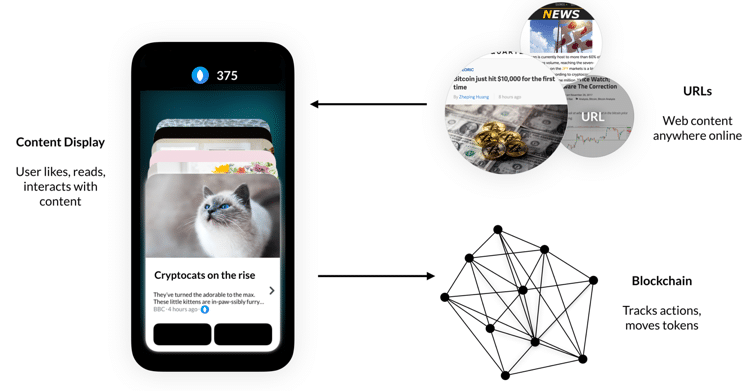 The protocol will also assist other developers in building third-party apps like CryptoCatnip to help build and nurture communities in MEDIA Protocol by using a transparent affiliate system that rewards developers based on the volume of content on their respective apps.

MEDIA Protocol will be holding a token sale for the MEDIA token which will be used to power transactions in the platform.

Here are the details of the upcoming token sale: