Misfit, the American company owned by Fossil Group, has recently unveiled a brand new smartwatch that has everything you’d want: a slick design, a wide range of features making it extremely versatile and waterproof capability. Named the Misfit Vapor, presumably due to its resistance to water exposure, the new smartwatch may not bring any killer feature along, but offers a great package for its price, making it one of the best value watches on the market. 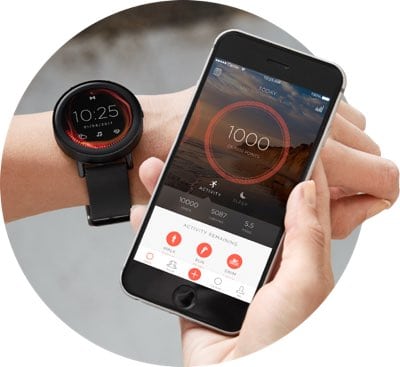 The Misfit Vapor Smartwatch will run the all new Android Wear 2.0

The best thing about the Misfit Vapor is the fact that its minimalistic, clean design blends in with its great functionality, leading to effortless control of the watch by simply dragging a finger around the edge of the device, which, by the way, is a lot more simplistic than in the case of other devices, giving up on the ugly, over-encumbering designs of other watches. By dragging your finger on the edge of the device, you get a nice vaporizing transition effect when switching menus, which may be where the device takes its name from.

However, design alone will not win too many consumers over to the Misfit brand, especially when there are certain companies that make smartwatches similar in looks to luxury watches, albeit for ridiculous prices. Luckily, the device will also feature a huge variety of apps at launch, with the estimated number surpassing hundreds. That being said, whether the user has an Android device or an iPhone, they will be able to use apps such as Foursquare, Lifesum, Runtastic, Runkeeper, Uber and more, in addition to just about every Google app available on phones. 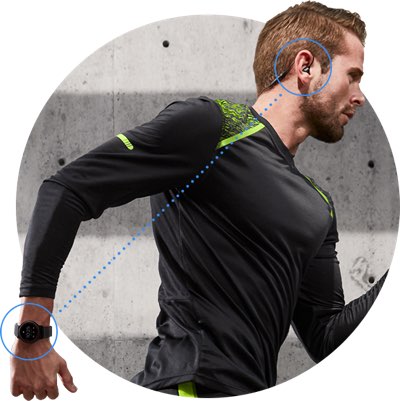 Powered by Android Wear 2.0 in order to provide a seamless user experience, the watch also packs some great specifications. From a 1.39-inch AMOLED fully touch display to a Snapdragon Wear 2100 chipset, 4GB of internal storage for storing your favorite songs, built-in GPS capability, heart rate sensors, a two-day battery life, an accelerometer and an altimeter, this device is a complete mobile package. All this is available under a waterproof design that allows users to use their smartwatches in the shower or in pools up to 50 meters in depth.

One final feature that will ensure the success of the Misfit Vapor is the fact that users are able to use the built-in Google Assistant in order to receive answers to questions or create reminders and alarms even with their hands full. Given that Google Assistant has been a hit on phones so far, it’s only natural that smartwatches with the assistant built in are going to be winners with users.

The Misfit Vapor is a true jack-of-all-trades: it doesn’t have any killer features or top-of-the-line specifications, but it offers a lot of value for such a low price. For those interested, the Misfit Vapor will be released in the second half of 2017 for the starting price of $199, and will be available in black and gold. If you want to keep up with the latest news on the Misfit Vapor, you can sign up for the official newsletter on their website, or you can stay tuned.