The gaming industry is big business. Today, it far outdoes cinema and tv as the biggest and most profitable business within the entertainment sector.

Billions of gamers log on regularly around the world to engage with their favorite past time. However, this does not come cheap. On top of buying computers and games, developments in graphics cards and higher CPU demands make equipment upgrades necessary on a regular basis. For a gamer to be able to keep up with the growing tech demands to run the latest games, he or she will need to spend up to USD$500 per year upgrading their equipment. This represents a deterrent to the industry’s growth.

According to Steam, Valve Corporation’s digital distribution platform and by far the biggest PC games distributor in the world, the vast majority of its users does not possess the adequate equipment to run the games in full resolution. Many of them can not run the games at all.

Because of this, personal computers seem to have been losing terrain as the preferred running platforms for gamers, as consoles tend to require less frequent infrastructural upgrades.

Up in the clouds

Over the years, video game developers have explored new alternatives that would allow users to bypass the need for infrastructural upgrades. Cloud gaming was the most promising of them.

In 2009, two new projects were announced that were to introduce the public to this new way of accessing games for the first time. Gaikai and Onlive maintained vast server centers and offered gaming streaming services to users paying a monthly fee. By sharing their computing capacity, these companies allowed gamers to run any game on any computer, regardless of the user’s equipment’s actual capacity. Technically, this system should transform any screen into a gaming platform running the most demanding AAA game titles. 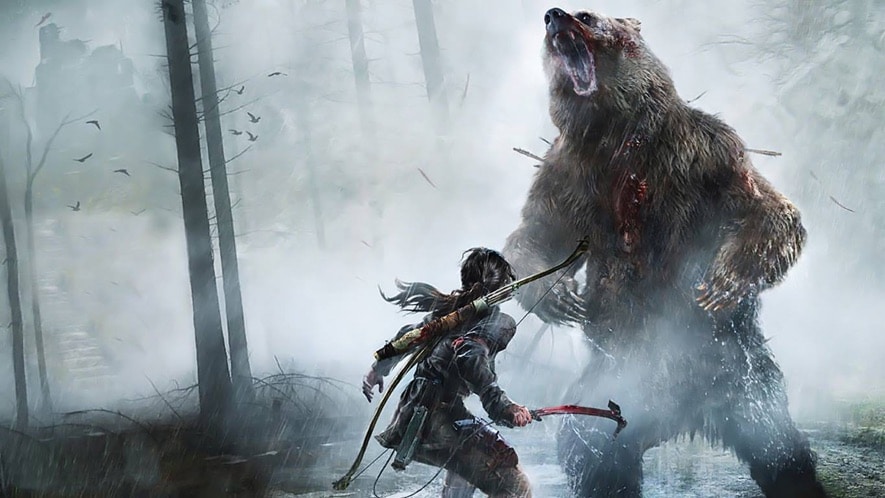 Not everything runs smoothly within this business model though. High-speed internet connections are necessary to maintain stable streaming of the game and avoid lag. Back then, few users had fast-enough connections to support the service. Over the years, in many parts of the world, internet providers have helped to overcome this challenge with constantly improving connectivity and service.

However, maintaining large data centers with expensive equipment in constant need of upgrades represents another major challenge for the industry. The high cost of the servers demands a large number of paying users to participate in order for the companies to be able to continue to update their equipment. Passing these costs directly to users would make the service unsustainability expensive.

Despite offering hundreds of top-shelf titles, these companies struggled to remain profitable and, in time, these two pioneers were either bought by larger corporations or went out of business.

While a few companies still offer cloud gaming solutions today, it has become clear that a new approach is necessary in order to make cloud gaming a viable long-term solution for the industry.

Fortunately, in recent years, technological innovation has allowed bypassing some of these issues and once again project cloud gaming as the future of the industry. A future when gamers will not depend on their one gaming infrastructure to play, but where anyone will be able to play any household title regardless of their specifications as long as they can access a fast enough internet connection.

A Russian platform called Playkey in 2014 has pioneered a new solution that has this very goal in mind. 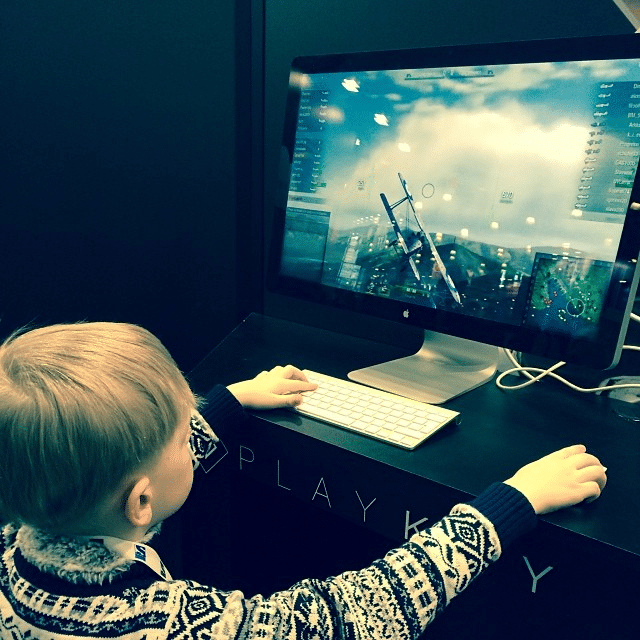 Based out of Moscow, Playkey now offers hundreds of cloud-based game titles to users all around the world, including many high-demand top shelf AAA games. To tackle the problems faced by many of its competitors in the past, the company invested in a server network that focused on optimizing run times, reducing the whole infrastructural cost of the operation. From Russia and the CIS countries, Playkey expanded to Europe, with server centers in London and Frankfurt.

Supporting a network of a hundred and twenty state-of-the-art Nvidia grid-powered servers, the company can service several users per server simultaneously on the same server supporting several games, multiplayer functions, and high-end resolutions. Users can access the platform for as little as USD$10 per month for lower resolutions and can either purchase the games over Playkey or migrate previously purchased titles from their steam account.

With that in place, a user can access its account and its own portfolio of games from any computer in the world provided it has a minimum 10MBps internet connection.

However, this remains an expensive solution. Dedicated servers are not only expensive to purchase and maintain, but they must deal with highly fluctuating demand from users. To further optimize their service, Playkey decided to jump on the blockchain bandwagon to take a different approach to server sharing.

However, this remains an expensive solution. Dedicated servers are not only expensive to purchase and maintain, but they must deal with highly fluctuating demand from users. To further optimize their platform, Playkey decided to jump on the blockchain bandwagon to take a different approach to server sharing.

Playkey is creating a new type of client for its platform. By opening up its system to blockchain tech, the company is allowing users to lease their own CPUs and GPUs for other users to play with. In essence, the service works as a P2P video gaming streaming platform. The tech provides for high-speed, low-cost and transparent operations that let Playkey to at least partly bypass the need for such strenuous investment in its own server centers, as part of this effort can be offloaded to users.

The computer-owners that lease part or all of their CPU capacity to other users on the Playkey platform, will receive funds from the gamer that is using the service, in a manner similar to mining for traditional blockchain. Transactions are recorded and visible in the blockchain in a transparent manner. 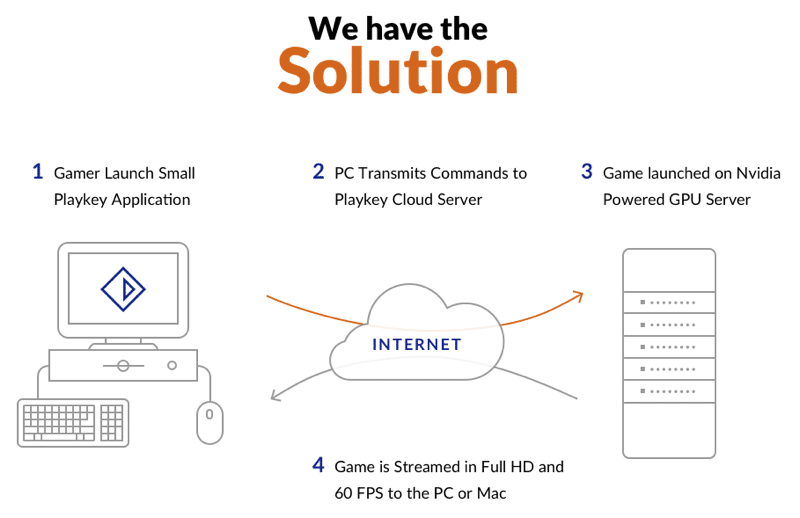 However, all is not so simple. The amount paid by the user must refer to the amount of time the CPU was used for streaming, the quality of the equipment, as well as the quality of the transfer. To answer these needs, which go beyond a simple buy/seller relationship, Playkey is developing smart contracts that can automatically manage these relationships and disburse the right amount to be paid by the gamer to the CPU provider. According to the company, this CPU/GPU leasing service will be interesting not just for users with their own high-end equipment, but also to people, or companies, that have acquired GPUs specific for mining cryptocurrencies.

According to the company’s figures, a Playkey miner can make as much as $10/day, comparing to a $1.5/day profit for the same service mining cryptos. Making it attractive for miners to participate will directly contribute to Playkeys own sustainability, as the more nodes are available on the network the lesser need there is for Playkey to invest in new servers. With enough miners, the server centers could be made redundant altogether.

To make these transactions possible, and to develop the necessary smart contracts to sustain the relationship between miners and gamers, Playkey launched an ICO this summer that raised USD$10.5 million in sales of its native token PKT, after raising USD$3.9 million in a presale. Since it was listed on exchanges on December 20th, the PKT token has received great attention from investors, climbing from just USD$0.60 to over USD$3 in just 3 weeks. 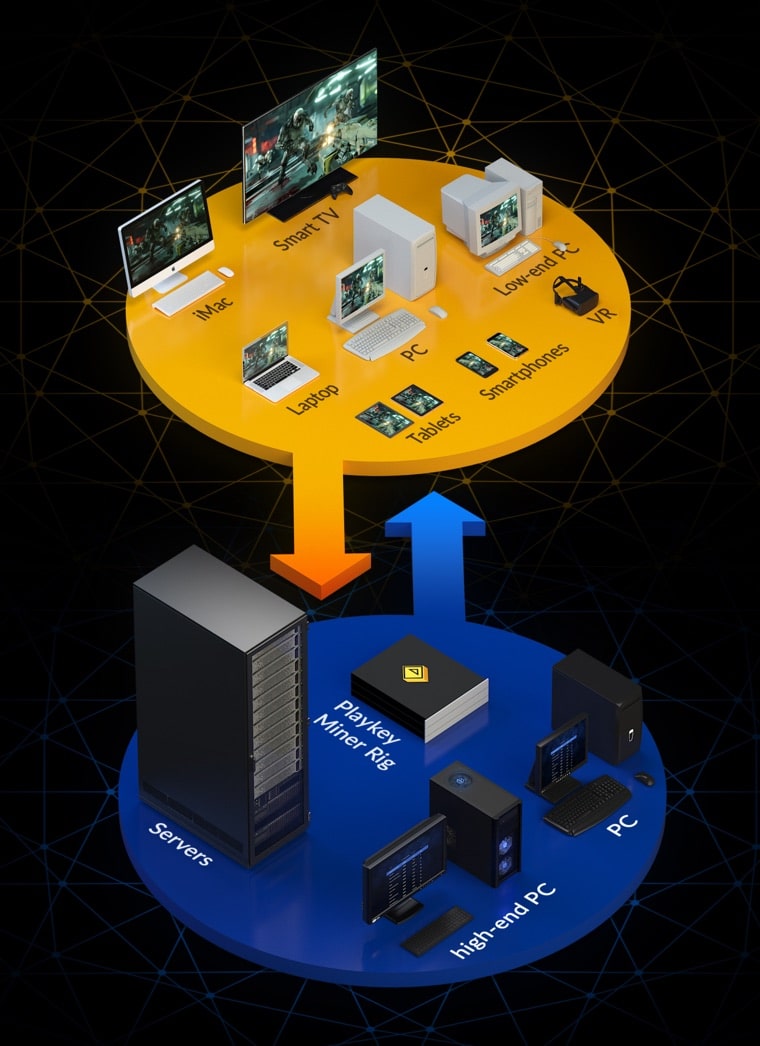 As the company implements its blockchain protocols and smart contracts on top of the Ethereum network, and as new announcements emerge, it is likely that the Playkey platform will see rising interest from gaming and crypto enthusiasts alike. The combination of cloud streaming and P2P CPU leasing could come to revolutionize and further democratize the gaming industry around the world, and, for now, Playkey is at the center of it.