Cybersecurity threats are only growing in an increasingly digital and interconnected world. Blockchained threat response might help alleviate some of the risk and vulnerabilities of individuals and businesses alike.

Experts in the cybersecurity space expect a continuing and dramatic increase and risk from cyber threats. The world is becoming increasingly connected. New technology including the Internet of Things and enhanced reality are only going to add to the opportunities for and threats from hackers and malware. According to
Symantec, the threat from cyber hackers, ransomware, and DDoS (denial of service) attacks is only on a one way trend: up. And cyber-attacks, particularly those which exploit vulnerabilities caused by a rapidly changing technological environment and outdated software that offers an open door to cyber thieves as a result, will only increase if a new approach is not found and fast.

How expensive and real is the threat? The average cyber ransom attack, by way of example, rose dramatically from $294 to $1,077 in the space of a year between 2015-16. Given the effectiveness of the tactic and ongoing vulnerabilities caused by a combination of factors that are hard to manage by any individual or business, such incidents and the associated dollar amount of damage are only likely to increase.

Worse, government regulation, both on a sovereign and international level is unlikely to provide any relief and may be counterproductive in an environment where cyber warfare is also a tool of modern governments.

PolySwarm is a decentralized threat intelligence market designed to reset the threat caused by the current cybersecurity ecosystem. It is powered by Ethereum smart contracts and blockchain technology.

Today’s enterprises rely on an ad-hoc mixture of anti-virus subscriptions, threat intelligence feeds, and assorted dynamic analysis engines to defend against evolving adversarial cyber activity. Users must weigh the benefits and drawbacks presented by each solution and decide on the least-worst fit – rather than the optimal one. In fact, most security solutions today discourage broad threat coverage but rather focus on a comfort zone of threats.

That, at least in the opinion of the team behind PolySwarm, disincentives effective response and in fact creates incentives for bad actors and malware production. And they intend to attack the issue head on.

Economically, PolySwarm also functions as a unique “jobs” market. It incentivizes machines and people to investigate the latest in malware evolution at not human but machine speed. And rewards participation with real economic rewards.

The Benefits of the PolySwarm Approach

PolySwarm’s approach creates a number of unique benefits for any online user – whether they are individuals or corporations. Further, it hopes to offer incentives for White Hat behavior rather than contribute to an environment where bad actors are still economically motivated to wreak havoc. These benefits include: 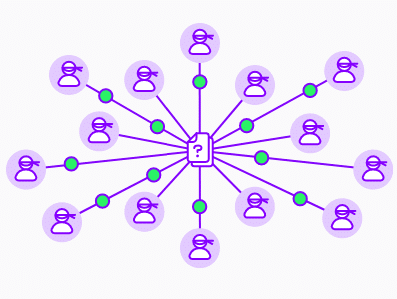 A legitimate income stream for security experts: Security experts who cannot find legitimate work are often drawn to the Black Hat world by economic necessity. The PolySwarm platform provides a region-free alternative. Global experts can compete to make the internet a safer rather than more dangerous place and do so for an income.

Puts the user first: The PolySwarm platform and market it will create, directs economic incentives to malintent detection, also known as “threat intelligence.” It also as a direct consequence, provides users with timely access to broad, crowdsourced security expertise and triage.

Creates a gambling deterrent: No future data is required to accurately classify a threat. 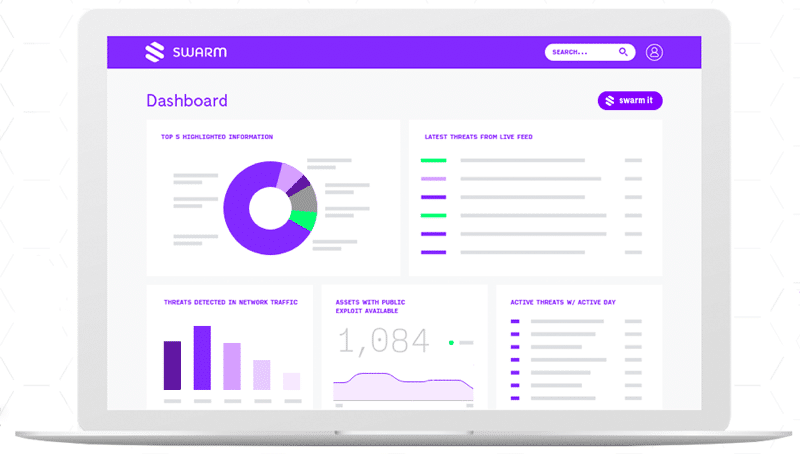 How Does The PolySwarm System Work?

The PolySwarm platform and marketplace set up a bid/ask market that allows security experts to be rewarded for their expertise.

In this model, an “Ambassador” – a person who has a security concern or question, posts a “bounty” in the PolySwarm market for a particular problem they need solving – namely the identification of the digital object as a threat or benign. This can be posted with either a fixed listing fee or a fee proportional to the task at hand. 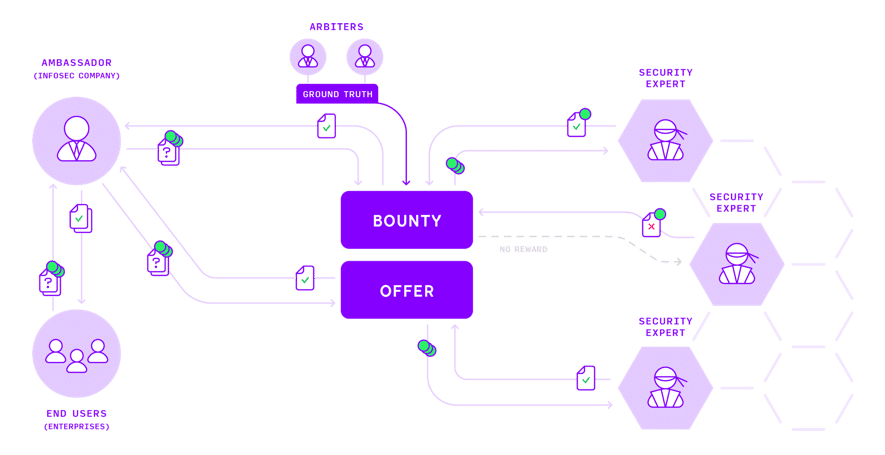 Experts study the problem and either assert that the item is a threat or not. System arbitrators then decide between experts who assert what they believe to also be the so-called “ground truth” – namely whether the object is malware or dangerous or not. The experts who decided on the same perspective as system arbitrators split the bounty set for this task.

The PolySwarm market runs on Nectar, a token that makes it easy to submit and classify potential threats on the PolySwarm market. Nectar replaces traditional license fees for anti-virus and threat-scanning subscription payments. 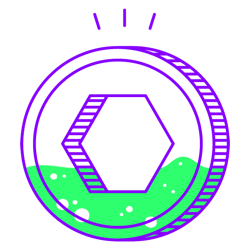 Here are the details of the upcoming PolySwarm Nectar token sale:

Token supply: TBD during the token sale but will be capped.