In the era of information, collaboration and technology, the existence of larger events that highlight all these aspects and more can only be called natural. Through their purpose of sharing great ideas and valuable information they encourage and inspire people to not only have a vision of a brighter future – but also to manifest it. One of these events is the Berlin TOA. 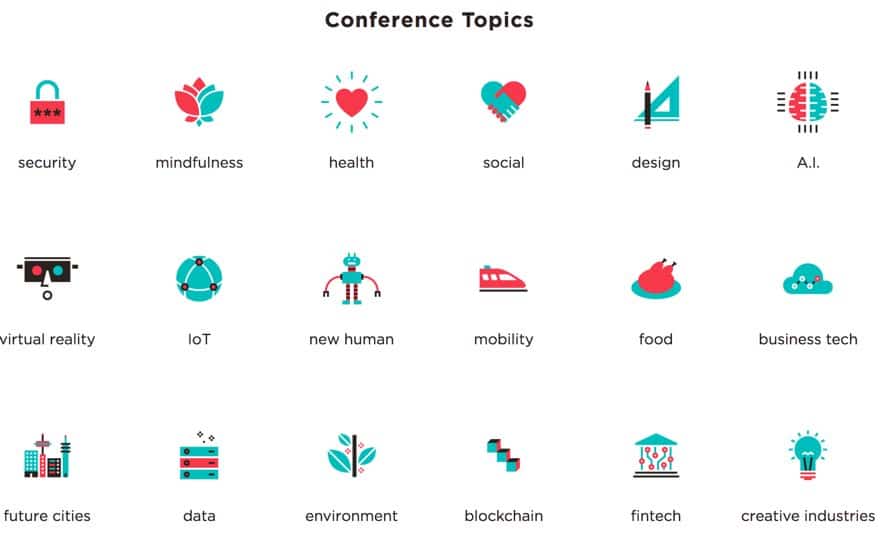 Regarded as “Europe’s coolest tech conference” by TNW, the Tech Open Air is a yearly national and international festival organized in the amazing Funkhaus of Berlin. It attempts to bring together people from the most various of branches: from technology, science and economy to art, music, and culture, with the purpose of sharing information, promoting and exchanging ideas as well as helping people from different domains to communicate and work together. 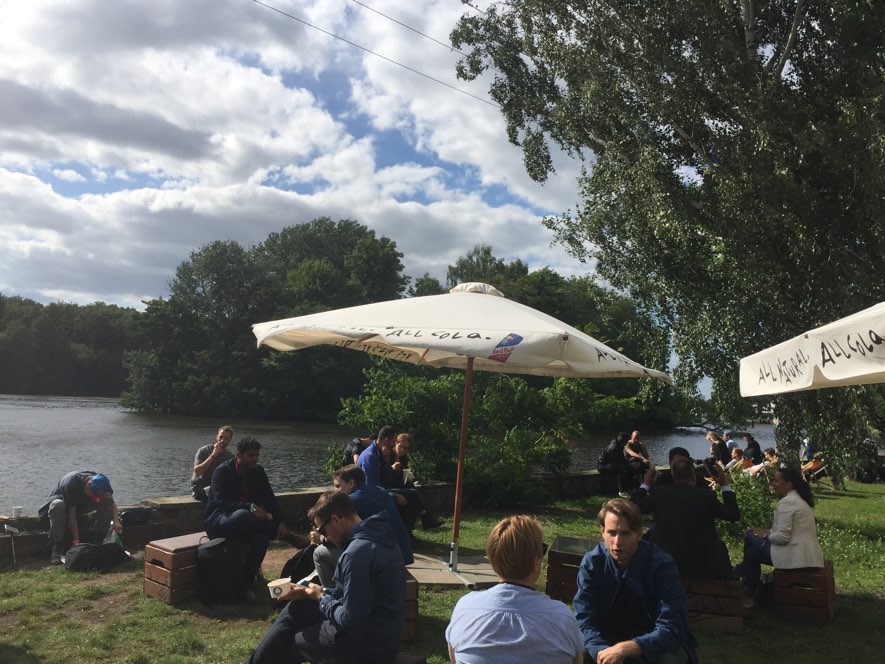 Having taken place between July 11 and 14 with around 20,000 attendees, more than 200 satellite events and hundreds of speakers and CEOs that shared their plans, ideas and stories, TOA17 managed to generate a great vibe inspiring growth, fun, and change. Therefore, this year’s TOA is considered a large success, placing Berlin among the European tech hubs.

So, today we will be taking a look at some of the main highlights that helped shape this year’s TOA into “truly a one-of-a-kind event” (Luis von Ahn, Duolingo CEO).

The official Recap Video of this year’s conference.

Aubrey de Grey, Chief Scientist at the SENS Research Foundation and Editor-in-Chief of Rejuvenation Research took his time to come and explain why he keeps his hopes high regarding the fact that in the following decades, the technology needed to keep people from getting old will be available. His theory on why people grow old couldn’t make more sense, and his approach on how to solve this problem and rejuvenate the human body seems at the very least promising. With open-minded people like him, we can indeed hope that in the future we will be able to have a body of 30 at the age of 70. 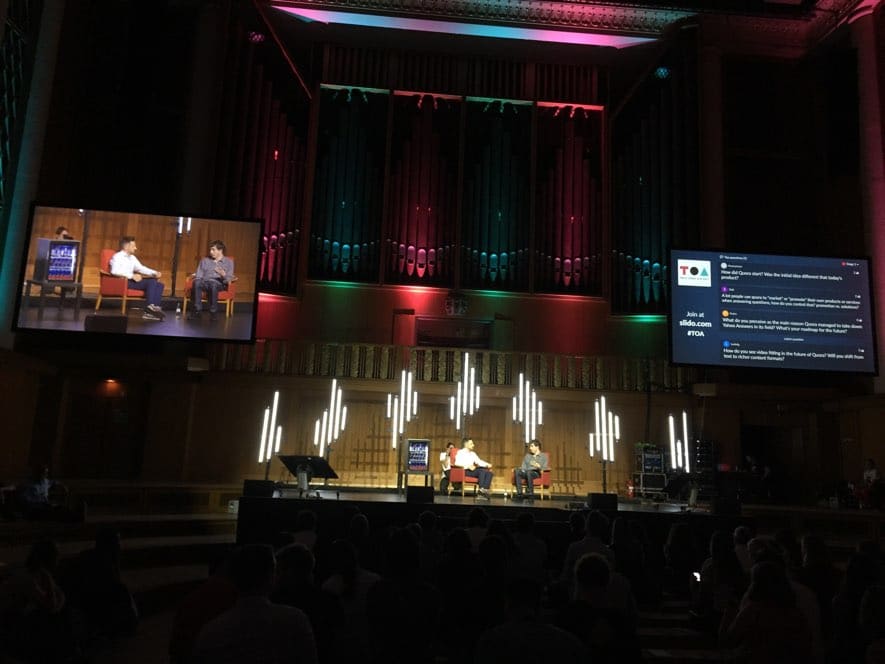 At the age of 44, Dr. Philipp Rösler has achieved plenty of things and has an impressive amount of experience. He is currently an active  Member of the Managing Board and the Head of Regional and Government Engagement at the World Economic Forum. Also, in the past, he has been the Minister of several branches such as Technology, Economy and Health and Vice Chancellor of Germany as well as the leader of the Free Democratic Party. Everybody would love to listen and learn from a person that seems to be so successful, and people have had this occasion at this year’s TOA when he spoke about the current European start-ups, as well as the effects these might have in the wider global community.

After working as a photojournalist and photo editor at companies such as National Geographic and USA Weekend magazine, Rebecca Roth ended up working as an Image Coordinator and Social Media Specialist for NASA. She has the very important role of sharing the images NASA takes from the various places in space with the audience on the social media. In her talk at TOA, she explains how images of Earth and space pass through the nimble hands of animators, scientists, and photographers and become the breath-taking pictures and animations we see on our social media apps.

Gavin Wood is the founder and active director of the Parity Technologies Ltd. and co-founder of technologies such as Grid Singularity and Ethereum. By participating at the TOA conference, he brought to the table the reasons why he thinks people will change the way they perceive and make use of money, given the apparition of the cryptocurrencies.

Having worked as a Chief technology officer at Facebook, where he helped build the website’s and the News Feed’s architectures, Adam d’Angelo then became one of the co-founders of Quora, the interactive Q&A platform that encourages people to share their knowledge in a friendly and efficient way. His presence at the TOA conference gave him the opportunity to share his wide experience and ideas, as well as share his knowledge with the curious askers.

In the past, Tom Hulme has founded OpenIDEO, the online platform where hundreds of thousands of people gathered and worked to solve issues for the social good. Now, he is a General Partner at Google Ventures, the company’s investment branch. Of course, such a person has many interesting things to share and talk about, and that was the case at the conference.

The new digital world has brought opportunities as well as challenges for artists and musicians worldwide. The successful, Grammy-winning musician Imogen Heap managed to overcome the challenges this digital world sets ahead by herself and grace the world with tunes such as Hide and Seek. At TOA17, she shared her view on what it means to make a living as a songwriter in the digital world we are currently floating in, hopefully lending a hand to the many talented young artists out there.

As the CEO of the biggest blockchain based platform ever to exist (the $200 million Tezos ICO) and a former strategy associate for R3, Kathleen Breitman came to TOA seeking to explain and discuss the effects that decentralized blockchains will generate, all from a business point of view.

With a past experience that includes filmmaking, internet start-ups, and activity in IT, Shermin Voshmgir is the founder of the Blockchain Hub. Her presence at TOA was invaluable since she explained what an initial coin offering (ICO) is, why an increasing number of investors are paying a lot of attention to it and how to know the difference between what is just a glossy deal and what is truly a beneficial one in this domain. 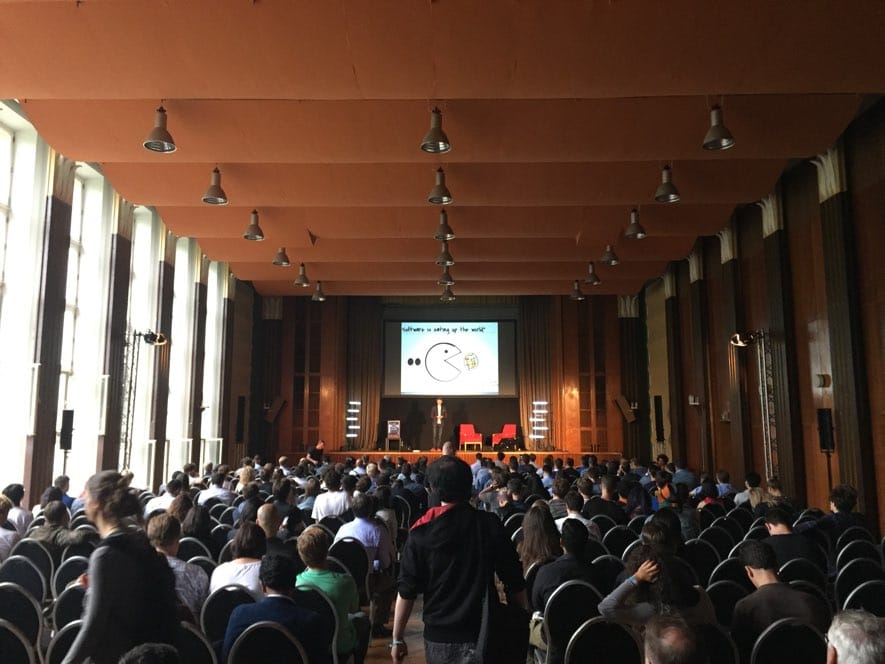 TOA18 will host The Digital Top 50 Awards (DT50). The pitch competition will celebrate the bold and trailblazing work of tomorrow’s top entrepreneurs.

In the end, after soaking in all this information and much, much more, people at TOA 17 decided to give the festival a hell of an ending on Friday, with a huge party at the Anomaly Berlin club. Fortunately, all the great people who have attended at the festival will cross paths once again at the Tech Open Air 2018 festival, which will hopefully enjoy an even greater success.