Sight and hearing are the two quintessential senses in our lives, and as such, it is normal for creators to try and combine light and sound in order to stimulate them. We’ve seen this done in movies and video games, as every blockbuster production nowadays has a fitting soundtrack composed by the best of the best. However, combining the stimuli has recently gone beyond media. 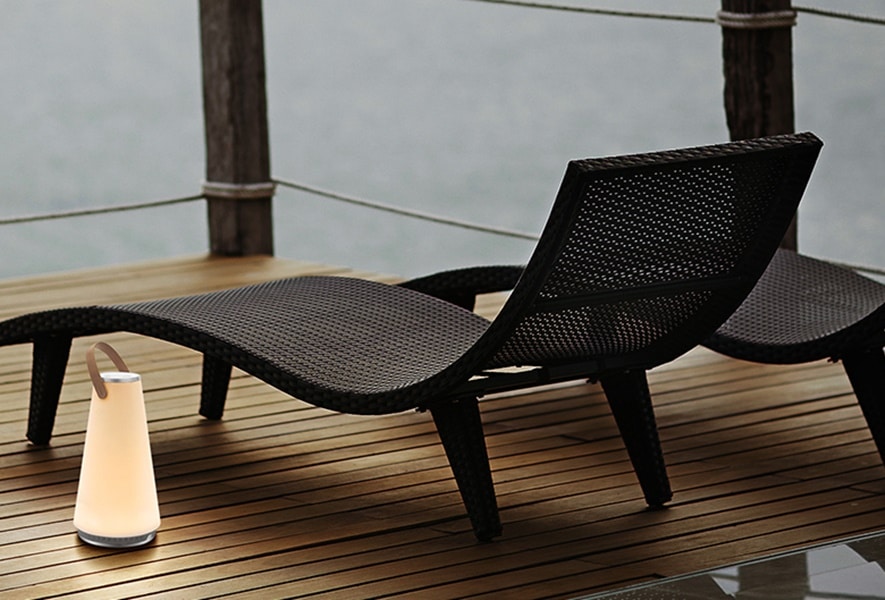 “Light + Sound = UMA” is the motto of a new sound lantern designed by the San Francisco-based studio and it is a pretty suggestive one because, as anyone could have guessed so far, the lantern combines sound with light to give the best experience possible.

The people behind the project are Pablo Pardo and Carmine Deganello. Pardo is the man who founded Pablo Designs in San Francisco back in 1993, and ever since then his studio has become internationally renowned mainly for their new designs and their home furnishings, and UMA combines a bit of both. Pardo comes from a family of Venezuelan origins in the middle of which he was among artists and engineers; now he takes parts from those professions and unties them through his work. On the other hand, Deganello is another well-acclaimed artist in this work-sphere: the products of his imagination have been presented at the Triennale Design Museum as part of the New Italian Design collection and at the MAK Museum for applied and contemporary art in Vienna, but of course not only here. The materials from which the products are made represent a very important aspect and thus research on the ways different materials affect the process of productivity is essential for him. Their new common project is the UMA Sound Lantern, a revolutionary idea that elegantly combines light and sound, as its name suggests. 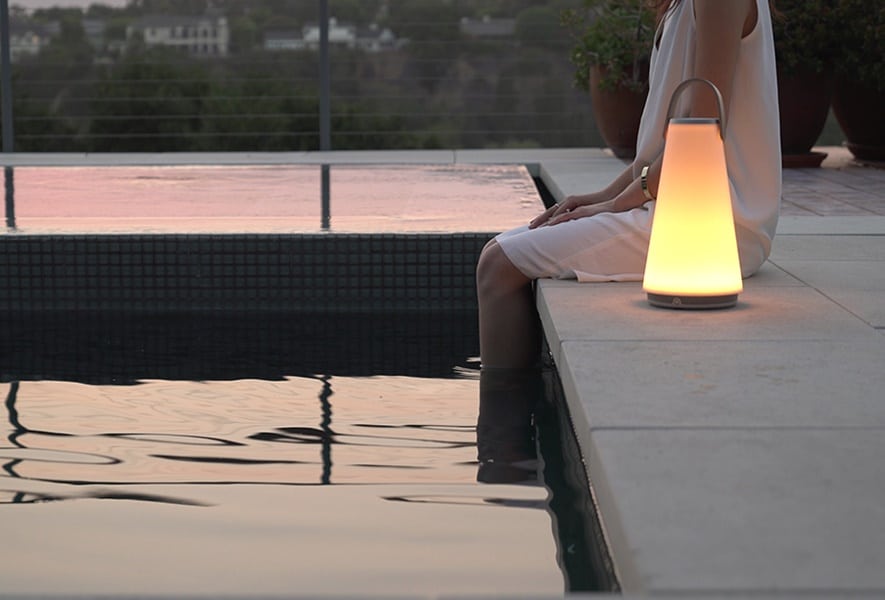 It mimics the shape of an old fashioned oil lamp, but if the light is not on, it could be considered a piece of home furnishing and not a lamp, because it has nothing of the general characteristics a normal-looking lamp has. The design is modern, using simple, uncomplicated forms: the lantern is cone-shaped, being 11 inches (28 cm) high with a 6 inches (15.4 cm) wide base, and it has a strap attached to the top end so that it can easily be moved around.

UMA is made of a diffused polycarbonate lens, which creates a hard shell that won’t break easily and feels very luxurious. The base of the lantern is made of silicone, while the upper part is a steel grill, both being silver-colored, so as to fit the modern design. The above-mentioned strap is made out of leather and it has two color options: grey or tan. Also, as an add-on, the lantern comes with a protective cotton bag that also has a leather cord that can come in handy when the lantern is used on surfaces such as sand so that those tiny particles won’t get through the steel grill and damage the inside mechanisms. 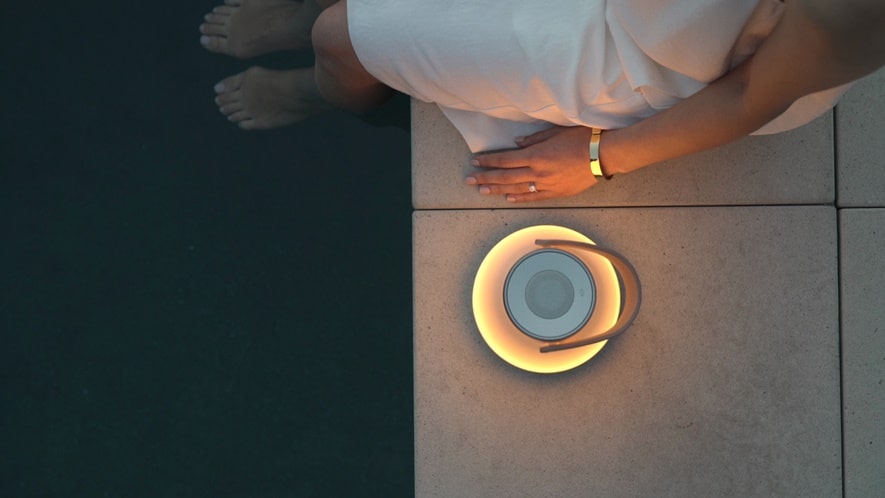 In order to give the best possible experience to its users, UMA has some unique features that make it really easy to use. The top end of the lantern is equipped with a touch-sensitive dial that is used to change the sound volume. The Sound, while not impressive, is more than adequate to enjoy your music outdoors. One of the few downsides of the simple design is the lack of option to skip any tracks on the device. Also, by rotating the entire upper part, the intensity and color temperature of the light can be changed. One of the major advantages this lantern has is the fact that it provides both sound and light at 360°, which actually means there is light in any direction from the UMA Sound Lantern, regardless of the surrounding environment. The color temperature can vary from 2000 to 2700 Kelvin. Light has a maximum luminosity of 190 lumens and an efficacy of 42 lumens/watt. The power consumption is relatively low: UMA uses up to 4.5W for the lighting and 12W MAX for the speakers. The lantern has Bluetooth connectivity so that any user can simply link their mobile phones or tablets to it and stream whatever audio they want at a high quality. 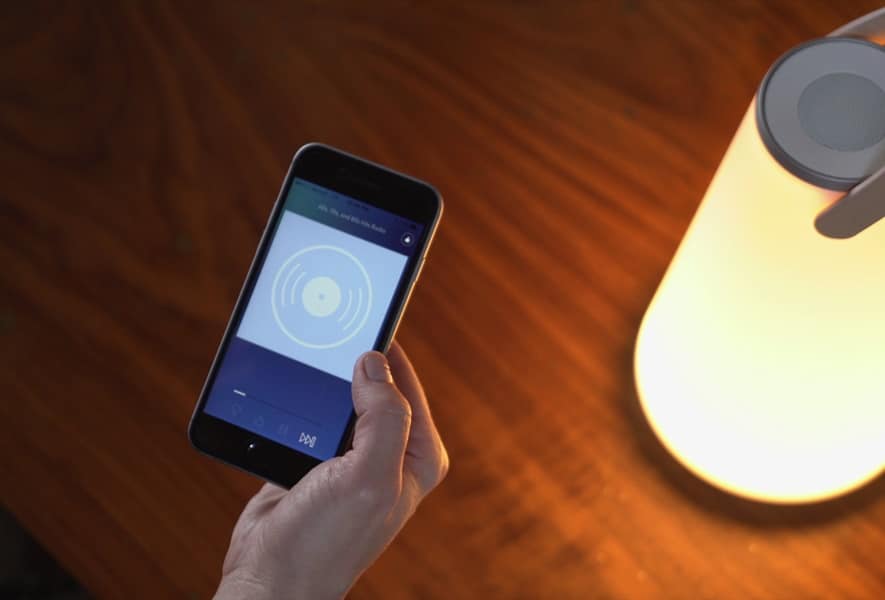 Since it is a portable and rechargeable gadget, battery life is another important aspect that should be taken into consideration. The product specifications say that the battery can last up to 8 hours, which should be quite enough for a regular user. However, the charging time is estimated at 3.5 hours which is a pretty long time to wait until you can use UMA again. If you don’t need to move the lantern too far away from a power supply, there is the alternative of keeping it plugged in, since the provided power cord is 6 feet (183 cm) long. Also, there is a global multi-plug adapter available so you don’t have to worry about whether you’ll need to buy an adapter if you want to take UMA on international trips. 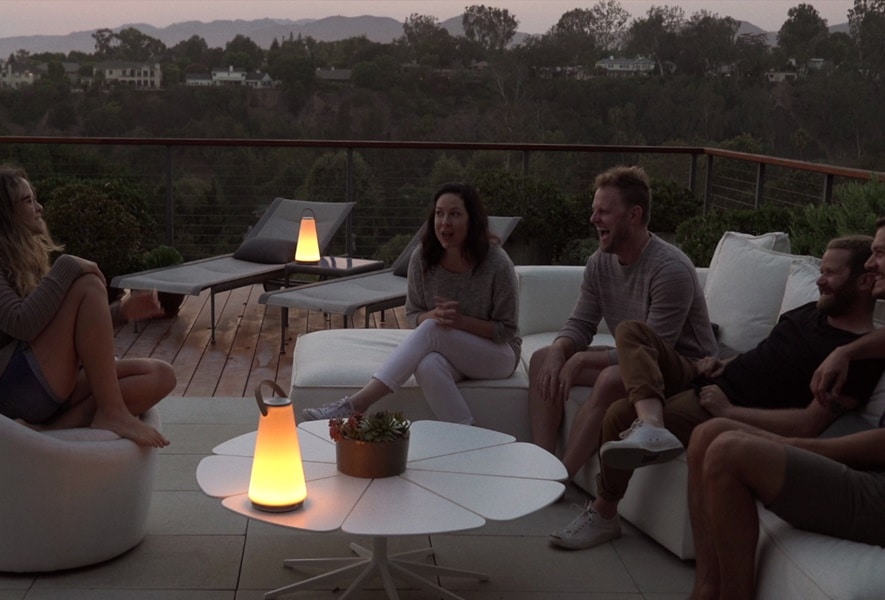 Finally, it is noteworthy to mention that the UMA Sound Lantern has won several awards so far: in 2016 they won the People’s Choice Award from the Azure Magazine, a North American magazine that focuses especially on the contemporary part of many related fields, such as design, architecture and different products. That same year, they also won the Good Design Award Australia, which is managed by Good Design Australia and which promotes the best products when it comes to design, innovation, and creativity at an international level. Last but not least, they were awarded the German Design Award in 2017.

To sum up, Pablo Design’s new revolutionary Sound Lantern, UMA, changes the definition of a modern age lantern rising up to every expectation users might have. It is the perfect choice for both outdoor and indoor gatherings, parties and social events, or even as a fairly pretentious piece of decoration for modern homes.

Light and sound: the most important stimuli in our lives are now being combined by UMA, a stylish lantern that can output sound at 360 degrees.