Blockchain is enabling the commoditization of previously illiquid assets. But what about an asset that is both invisible and almost impossible to quantify via conventional methods? Distributed ledger meet airspace.

Vimana is a startup on a pretty revolutionary mission. Not only are they launching a fleet of self-powering, space-age urban taxis, but they are also creating their own flight control protocol based on blockchain technology.

Why this dual approach? The company will be able to provide reliable, off-grid (in fact space-based) communications and tracking for its vehicles. It will also be able to rent this capability out to third-party operators (see the drone market).

But why is this, beyond being a very cool and forward thinking proposition which melds two futuristic technologies together, significant? And to whom?

Airspace is a funny kind of commodity. Most people never give it much thought. In fact, it is an evolving area of transportation, real estate and telecommunications as well as energy.

Airspace, simply, is the space that exists vertically above any piece of land. While most people do not think of it this way, buying a piece of property gives owners the right to own the airspace above it.

But what does the average person care about what happens 50 feet above their house or apartment?
That space, literally, is for the birds. Right?

Up until about the turn of this decade that was very true.

In cities, however, and in certain verticals, airspace has been recognized as a valuable commodity since the turn of the last century and the new invention called skyscrapers. In cities, where the only room to go is up, airspace rights have been increasingly valuable for the last one hundred years.

But here is the rub. With the exception of real estate, airline transport, and communications, there has been no reason or even way to begin to price airspace for commercial or personal uses in an efficient way.

The airspace Vimana is proposing using has never really been used before.
It has certainly never been efficiently monetized or commoditized. It is literally a market of mostly unused space above and in between buildings and over existing roads.
If that space could be “rented” much like airline routes are commoditized today, the company is in a position not only to sell a new kind of product, but do so in a way that is priceable, and absolutely trackable. And can be used in many different industries.
Not to mention it is a valuable, limited asset that can be literally, for the first time efficiently turned into a commodity.

As the use of unmanned vehicles increases, the greatest challenge facing implementation is the management of all that traffic. Existing air control towers are not equipped to manage the thousands of flights that would take place over any urban space, like a smart city. Vimana’s blockchain-backed airspace ecosystem is the answer to this hurdle. The system creates a trackable, auditable, monetized infrastructure to manage it all.

With the company’s new strategic partnership with WISEKey the company can use a unique IoT security tool to create an easy-to-implement, hard-to-attack solution to manage such vehicles in unsecured (i.e. active) environments. WISeKey’s Cybersecurity IoT chip technology will allow Vimana to provide end-users with applications designed to increase control over the use of resources, improve efficiency, optimize processing of information, secure autonomous vehicles, and improve public safety.

“Security and positive identification are the key elements in peer-to-peer exchanges that power the Vimana Blockchain Airspace platform,” according to Evgeni Borisov, Vimana Global CEO. “The combined ecosystems give us the opportunity to potentially support exciting new features in the future.” For example, using WISeKey’s ‘Know Your Customer’-based token enables a fast and simple way for participants to join the Vimana network.

Even if the company’s urban taxis never take off or find mass adoption, what Vimana is offering to a new and exploding market is already being seen as not only critical but highly valuable.

Drone operators will need a system very much like Vimana is now offering to the aerospace industry. There is nothing in existence like this today. In fact, adding drone tracking to the existing infrastructure of air traffic control is already recognized as cost prohibitive if not technically impossible. 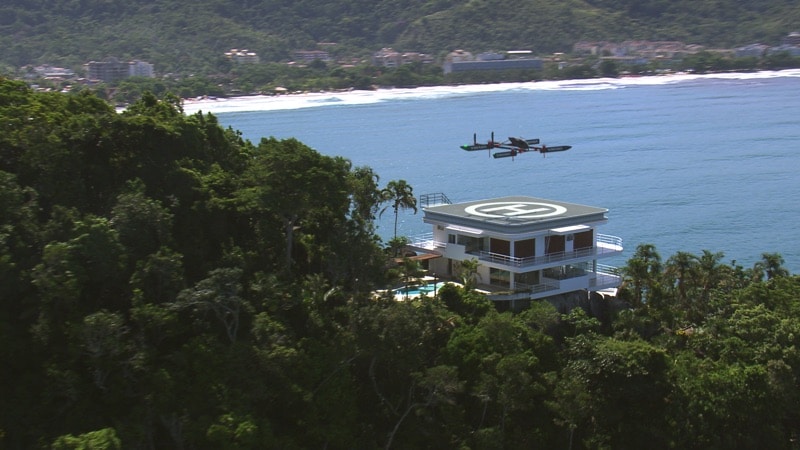 Smart cities of all kinds will also find this technology highly useful. Not to mention ones with high population densities that are increasingly vertically stacked. Energy, transportation and communication are all parts of that conversation.

Just in one city – London – experts estimate there is about $100 billion worth of airspace above public buildings that could be commoditized. For other real estates – or anything else.

Using Vimana’s system, this is suddenly real estate that is mappable, reachable, rentable, and definable in a whole new way.

And that, no matter how cool their flying taxis, is a pretty awesome accomplishment. Even if nobody can quite see it yet.

A Highly Social Diary Of Progress

Just a quick review of Vimana’s social media shows how active and engaged the team is. Pictures of the company’s cool drone, comments about smart cities, and other engaging factoids, videos and graphics adorn their feed. And their audience cannot get enough. It is exciting stuff!

One of the more intriguing recent posts is a pictorial diary of the team’s most recent travels and demonstrations. It is one thing to read about what a company is doing. It is another to see it in action. As the company promo even points out, Jules Verne wrote about flying cars over a century ago. What would he say if he saw one?

It is pretty jaw-dropping, even now, to see what the team has managed to accomplish! And this with a backdrop of towering skyscrapers in Dubai and decision-makers at some of the most influential investor and public policy summits on the planet. 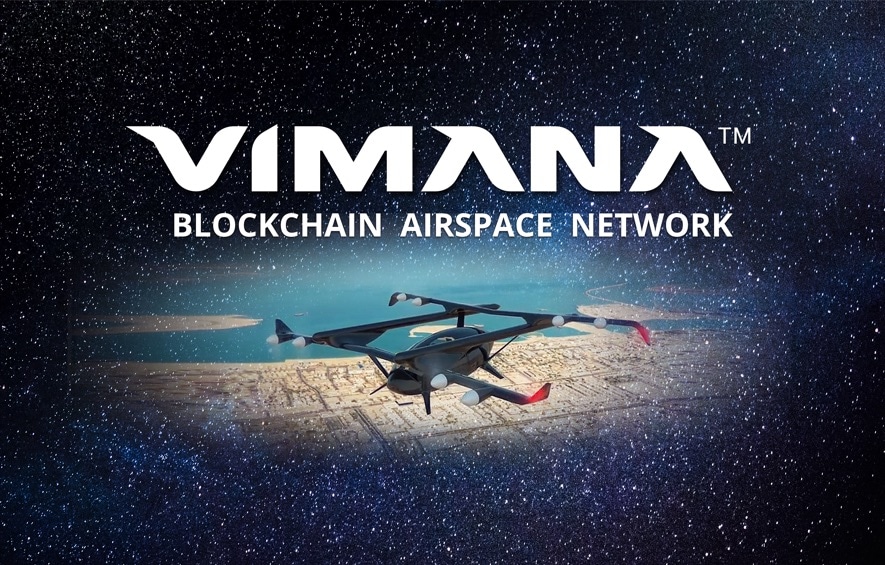 This company’s certainly got the future in its sights, and in the present is already flying at some pretty lofty heights.

A Track Record Of Success

Vimana Global is headquartered in Redwood City, CA, with offices across the U.S. the UAE, India and Singapore. The Vimana Network is a flagship product consisting of blockchain nodes, protocols, and vehicles which enable the network and connect it to the blockchain.

The company is one of a handful of aerospace companies in the world that have a flying VTOL AAV prototype that was purpose-built for urban use. The vehicles are cutting-edge as acknowledged by leading engineers from international space programs, top five aerospace manufacturers, and executives from world’s largest transportation companies.