On the face of it, blockchain and AR (augmented reality) don’t necessarily seem like natural bedfellows. But dig a little deeper and there is a close fit. At the core of ARROUND is a blockchain ecosystem that connects four key elements: a social network, a crowdsourced 3D point map that will create a backbone for AR projects around the world, an advertising network and an AR store. Each element is connected via the decentralized infrastructure and is fueled by the ARR token. 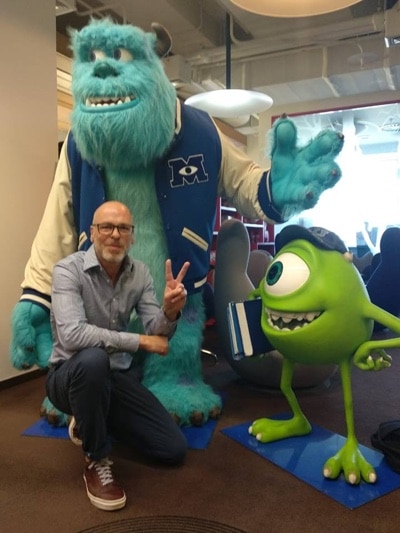 According to the company’s CEO, Neil Bryant, “ARROUND is on a mission to give everyone the ability to experience the world in AR.”

Forecasts put the burgeoning AR market at $120 billion by 2020, growing to $198 billion by 2025, meaning that competition in the space is hotting up. ARROUND seems to be trying to carve out a niche in the business of commercializing this new technology.

While e-commerce merchants have access to all the latest advertising tools and real-time data, offline retailers have been left behind in the digital age. Augmented reality is a technological wonder for bricks-and-mortar stores, providing them with the ability to run targeted advertising and marketing campaigns, letting them guide users directly to a particular product on a shelf.

“Because we’re building a 3D map, we can run campaigns for specific brands, and guide consumers into shops where these brands are on offer, directly to the shelf where they can receive a discount or some kind of incentive to make the purchase. This is really the first time that big data, brands and the public have been brought together in this way,” claims Neil Bryant.

AR hit the headlines not so long ago after Pokémon Go swept around the world. Coupled with the release of ARKit for the iPhone and ARCore for Android devices, there has been a surge in AR app development leading to significant market fragmentation, something that ARROUND plans to address.

“Every theme park, museum and brand want their own expensive AR app. At the heart of this is a lack of trust over sharing private data. But the public quickly deletes apps when they aren’t used and so the connection between brand and consumer is broken. By using blockchain to secure ownership rights on our platform, we can use ARROUND to aggregate AR experiences for multiple brands and organizations simultaneously, improving loyalty and repeat usage,” says Bryant.

The platform will release its own token, the ARR, to support all transactions within the platform. While all prices will be in fiat currencies, all transactions will be undertaken in tokens. Blockchain guarantees the intellectual property and privacy rights as well as the commercial interests of everyone involved.

Despite a number of traditional players as well as ICO projects entering the commercial space, Bryant is confident that ARROUND stands out: “None of our competitors offers what we can. There are companies that make AR apps to order, some ad networks are looking into AR adverts, there are social networks that are playing with AR, and there are ICOs that are trying to build AR environments like Second Life did with VR, but none of them have a complete package, or have a foundation based on blockchain like ours.”

ARROUND is currently raising funds through a token sale. The company has already raised $1 million in its Pre-sale and is now well on the way to meeting its $5 million soft cap.

“A few years ago, everyone thought VR was the future. But, in fact, AR is a perfect example of technology adapting to real-world situations. Right now, the future looks very bright for AR and for ARROUND,” says Bryant.

ARROUND is bringing augmented reality to the mainstream via the introduction of a universal decentralized AR platform, which includes a disruptive advertising network, an innovative social network, a crowd-sourced 3D map and an AR marketplace. All transactions on the platform are undertaken in ARR tokens. The Belize based company has technical operations in Russia, and is currently in the middle of a successful ICO.