Because information regarding transactions carried out through blockchain exists on and as a mutually reconciled, shared database— successful hacks on the network are well-nigh impossible. Information isn’t stored at a single location but on several computers spread throughout the world. Additionally, the data is publicly accessible and verifiable. Decentralization of data makes it unavailable for hackers to take the entire network down or land any significant blows to data veracity. Additionally, blockchain is a peer-to-peer transaction network that can speed up transactions owing to mutual instant reconciliation and effective synchronization of data and this sheds the drawbacks surrounding conventional international transactions.

A survey from Accenture reveals that over 44% of North American and European banks are interested in using blockchain for cross-border banking transactions. 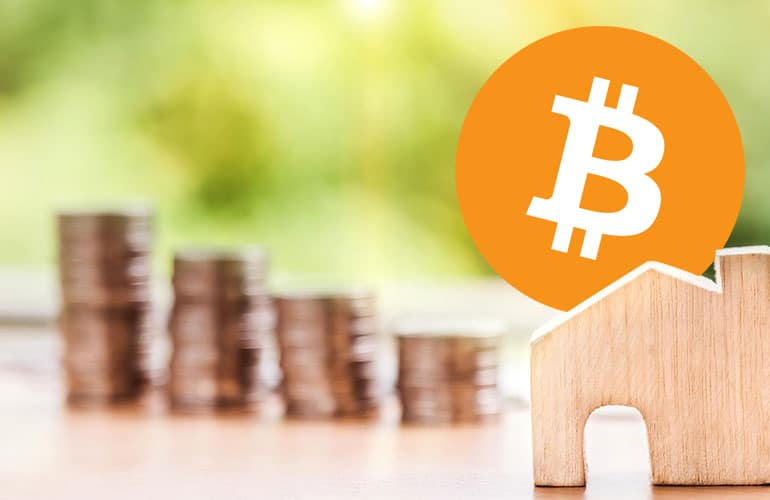 These banks also want the technology for cross-border remittances, corporate payments, asset and securities, insurance and for cash pooling. 30% of these big banks are already working on proof-of-concepts of distributed ledger solutions.

Fintech firms and big banks like Barclays, HSBC, and Commerzbank have collaborated on a prototype of a blockchain based distributed ledger technology for cross-border payments.
UBS Wealth Management estimates that blockchain could infuse an additional $400bn of annual global economic value by 2027

Let’s see what unique advantages blockchain offers to banking and how they can challenge traditional banking.

Differences on the architecture of blockchain and traditional banking transactions

A distributed ledger is a consistently updated, synchronized shared ledger that records transactions. Details of asset transfer and exchange are recorded and shown to all parties on an as-it-happens basis. Participants in the network govern and agree by consensus on the updates to the records in the ledger. This eliminates the necessity of a central record-keeping server, or third parties to broker the deal.

Here’s an example to illustrate the point.

Blockchain technology shares some similarities with how torrent sites distribute files on a p2p network. Under both systems, the data remains decentralized. The core difference is that on torrents someone sending the file and the one receiving it both end up with copies of the file. With blockchain, changes to the file are kept track of and mutually agreed upon and everybody accesses the same file all at once.
Just like torrents the network lives and thrives on decentralized computer nodes.

each record is securely stored on the network

With timestamped unique records sealed with cryptographic signatures, each record is securely stored on the network. This inherent strength lends many advantages when applied to banking.

Blockchain makes transactions available on both ends of the spectrum. Unlike Schrodinger’s cat, the transaction is live and happening simultaneously at both places. Transactions traditionally require banks to lower the amount at one account and make the transfer, update the ledger and maintain the balance.

Since ledger information is distributed on blockchain, both owners can see what’s happening and this aids transparency. Consequently, there wouldn’t be any need for banks to briefly lock access to accounts or decrease account balances when making transfers.

A username or password combo can get hacked and is vulnerable to threats on multiple fronts. Add to that the sheer lethargy that drives most password choices.

73% of online accounts use duplicate passwords

A research from Telesign indicates that 73% of online accounts use duplicate passwords, 47% of accounts haven’t changed their passwords in half a decade and 22% rotate three or few passwords.
An entire infrastructure is needed just for managing passwords which are often vulnerable.

For instance, Forever 21 recently admitted to a hack on its POS systems. The company said, “In a group of stores that were involved in this incident, malware was installed on the log devices that was capable of finding payment card data from the logs, so if encryption was off on a POS device prior to April 3, 2017 and that data was still present in the log file at one of these stores, the malware could have found that data,” the company noted.
Blockchain ditches passwords in favor of encryption.

Mostly, crypto-coin exchange consists of someone sending coins to a hashed series of letters called a public key. This string of numbers is the user’s address.
The receiver has another key that’s hidden from public view called the private key. Despite the key being public, a bystander doesn’t stand a chance at extracting reason out of public keys. 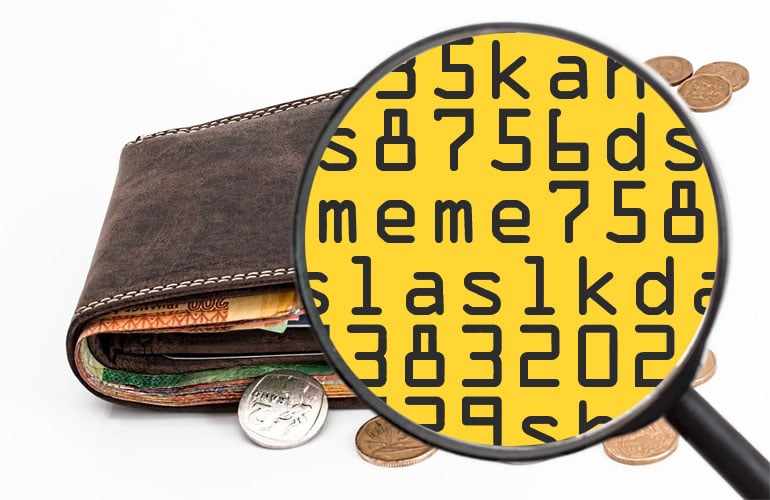 Only someone holding the private key can use it to derive the public key, information about the network and for performing security checks. The private key is used to generate a unique signature for each blockchain transaction and can confirm the transaction has come from the user.

1. Clearing and settlement and pumping more cash to the economy

According to Accenture, banks could save up to $10 bn per year if they replace extant technology with blockchain. Credit card settlements, securities clearing, and settlement which often require considerable human involvement can be automated, eased and sped up.

remittances from US to developing countries amounted to $431.6 billion

There’s a call by the UN and G20 to reduce these transaction costs to 5% and then further down to 3% and blockchain could pave the way.

Another report provides us with startling insights— inefficiencies in the global collateral market alone account for $4 billion in costs for banks. With distributed ledgers, existing record-keeping infrastructure for all parties can be whittled down to the tune of $15 to $20 billion per annum.

Most people in developing countries distrust banks and corporates. Hence blockchain powered cryptocurrencies which have transparency weaved into its fabric could breed trust. After a private beta, Bitcoin was launched in 2009 as a decentralized digital currency. As such it cannot be regulated by governments or banks.

Bitcoin has been hailed and adopted by people in lots of developing nations because of the same reasons. This could allow for more cash in the world to enter the banking system and fuel growth spurts for the economy.
I am reiterating an important point here but the key advantage is that data isn’t duplicated but still made available for all parties involved. This allows all stakeholders to simultaneously verify transactions and additionally discards the need for any third parties.

Before any of this happens banks have to evolve and support a new culture that can inculcate Blockchain.

Forex is a trillion dollar market.
Forex trading is a complicated business with all parties involved creating records for currency trades and reconciliations. A lot of time’s wasted just verifying things and maintaining records. 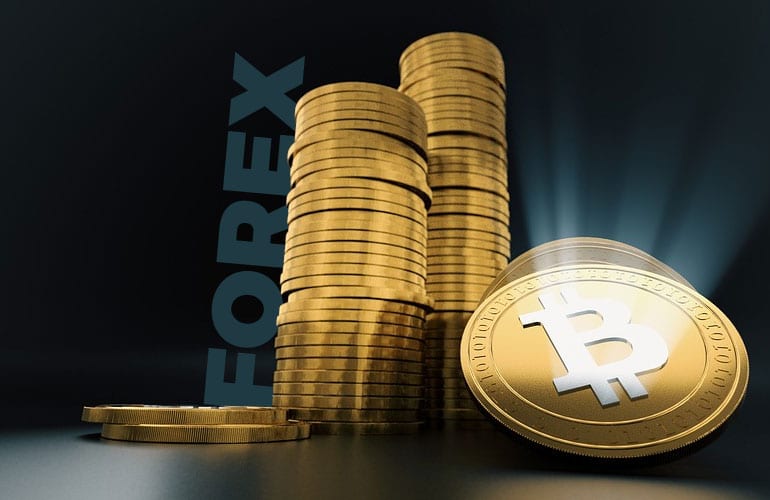 This is more than enough to manipulate currency values and sell currencies for higher-than-actual values to buyers.

With blockchain, every transaction is recorded and accessible to public view, and this can clear the cloud around currency trading and essentially reduce manipulation to zero. Just like everything else Forex trading requires tomes of records created multiple times for each stakeholder— the buyer, seller broker and clearer. The plethora of record births the need for reconciliation among all stakeholders all of which sponges away hundreds of hours.

With blockchain, everyone gets a shared file where values are updated and synchronized in-tandem with the trades. This system can result in 80% savings on market infrastructure costs and reduce time for reconciliation and trade reporting and simplify communication.

In the US alone the syndicated loans market is worth $4 to $5 trillion. The pivot for syndicated loan processing hinges on shortening settlement times.

The way traditional banking works is corporate borrowers let agent banks handle most of the work that often includes making timely interest payments and mundane administrative roles including paperwork and loan processing. Startups like Synaps reduce the time for syndicated loans from middlemen to corporate borrowers. Instead of having to manually review each pending trade, smart contracts would automate the process and ensure that the transfer conditions for the credits are met.

Smart contracts can be used by lenders and banks to minimize the need or completely skip over data reconciliation. Smart contracts execute themselves based on a shared login and distributed ledger. Instead of wasting time on reconciling data at both ends traders can spend more time on actual trading and other operations and significantly improve processing times.

Additionally, the DLT (Distributed Ledger Technology) platform lets lenders and agents cross-check data simultaneously online without sitting hours on the phone. The digital nature minimizes potential errors too. Also, with agent banks publishing loan data like pricing and payment schedules, the DLT platform becomes a one-stop hub for buyers to review the details of transactions. Another startup in the fray, ClearPar cleared over 850,000 syndicated loan allocations settlements in 2016.

The Loan Syndications & Trading Association (LSTA), the trade group representing the US Currently the LSTA recommends 7-day settlements but it traditionally takes 14 days. With blockchain the settlement periods have come down to 11 days. 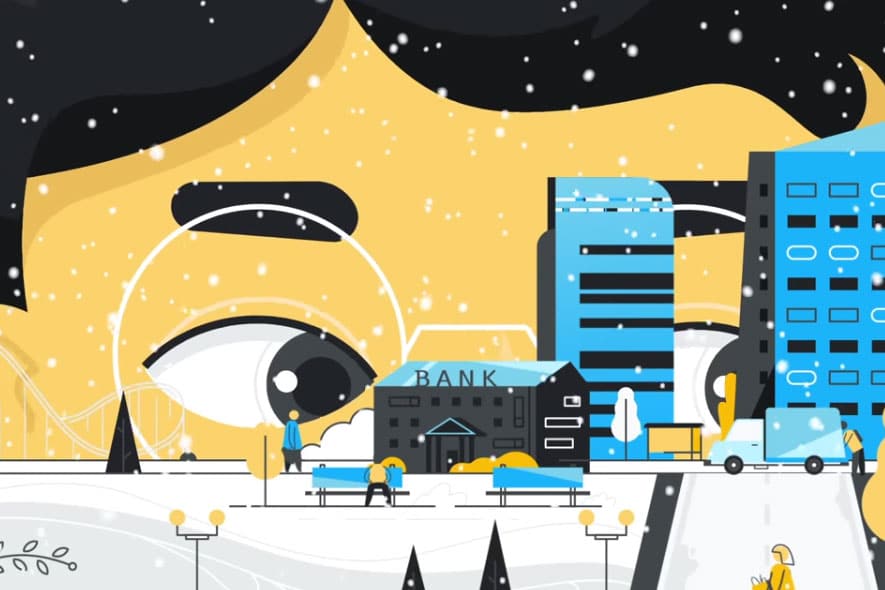 BANKEX is building a new blockchain technology that enables the creation of smart assets to develop a new generation of decentralized capital markets. Its USP is proof of asset. Every alt coin it issues is backed by a real asset. The platform allows users to tokenize real assets
BANKERA
Bankera leverages SpectroCoin’s regulatory and IT infrastructure to build a blockchain bank and will offer payments, investment vehicles and loans and allow customers to deposit money.
Crypterium
Crypterium is focused at making transactions with cryto coins easier without the use of credit cards or internet banking accounts. It’s a crypto bank that allows you to transact in any of the 42000 cryptocurrencies available today.
Inherent limitations of the technology

Bitcoins exchanges can be hacked

While it’s nearly impossible to hack the bitcoin network, bitcoin exchanges are often being hacked. $70 million worth of bitcoins were stolen from Nicehash. In 2016, Bitfinex shut down for a brief period after $60 million in bitcoins was stolen. Such hacking incidents can lend a bad rep to blockchain.

One of the biggest security flaws in blockchains is that if more than 50% of the nodal computers propagate false information, it’ll be accepted by the whole network. Called the 51% attack, this can result in the entire network being compromised.

Currently, the number of international transactions are skyrocketing. With the global economy becoming more and more global the trend’s likely to continue. There’s a lot of hope in the air.

A recent Twitter poll found that 62% who took the poll believe that the crypto-coin market alone would exceed trillion dollars in 10 years. A lot of the present banks are invested in blockchain.
Cryptobanks are at the front and center of these new trends. Cryptobanks will drive the growth of the decentralized economy and how brands deliver customer experiences.

With blockchain technology now being viewed as merely the precursor to many different things, it remains to be seen how traditional banks apply the technology to service their clients. With AI and automation at the forefront, it’s inevitable that banking processes would be automated too.