The blockchain technology industry is expanding fast. Few technologies are more primed to be a catalyst for disruption than blockchain.
One research report has projected that the blockchain market will expand from US$ 210 million in 2016 to US$ 2.3 billion in 2021.

At its core, blockchain is a means of creating and authenticating digital information. Cryptocurrencies are more advanced and have attracted much more publicity than other blockchain applications. Still, the other areas are growing fast as more organizations come to terms with the technology’s unique advantages.
That’s an annual growth rate of more than 60%. While blockchain is usually associated with bitcoin and other cryptocurrencies, the technology has much wider application.

As the industry draws in more players, blockchain companies will have to do more than just ride on its novelty as the latest tech buzz. They must take deliberate steps to stay competitive. We look at some of the areas blockchain businesses should pay attention to if they want to stay ahead of the curve. 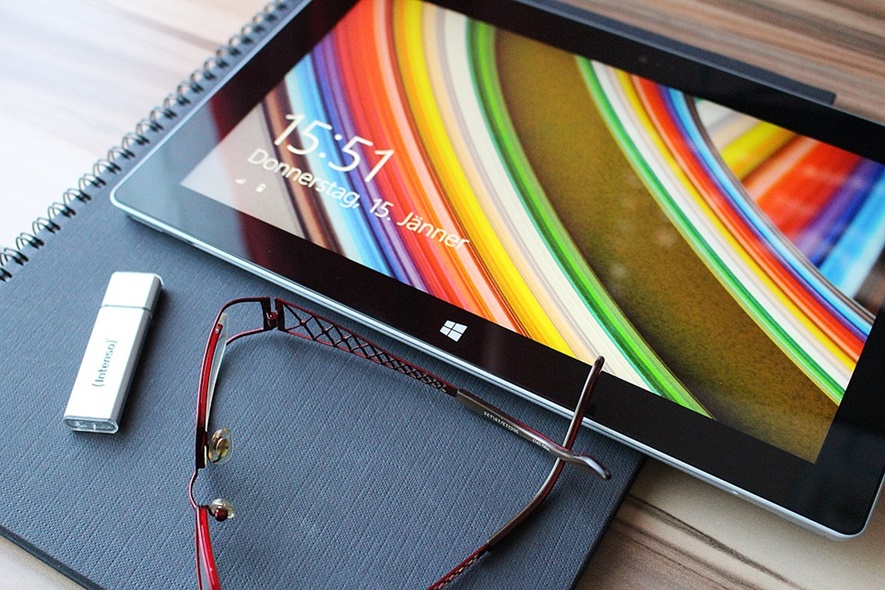 The breadth of possibilities around blockchain has been the cause of intense excitement. Inadvertently, this has pushed conversations into the realm of exaggeration and overestimation (see here, here, here and here for more detailed coverage of blockchain hype). While overstated numbers can create temporary euphoria, the long term repercussions are far worse.

Investors, for instance, are always keen on knowing what it is they are putting their money into. They are focused on basing decisions on accurate figures and realistic projections. If the data provided to them is misleading, that may not only lose them money but will also make future investors more reluctant about blockchain technology companies.

Relying on solid and accurate data not only builds credibility but also increases the blockchain technology company’s long-term chances of success.

A lot of people who could actually benefit from blockchain technology stay away because they consider it too complex to understand. Despite exponential growth, there is still a widespread misconception that blockchain is the preserve of nerds and the criminal underworld. This perception has been reinforced by stories in the mainstream media highlighting the use of bitcoins to illegally buy guns or narcotics.

To expand their potential market, blockchain technology companies should break down the concept to a level that the ordinary person can relate to

To expand their potential market, blockchain technology companies should break down the concept to a level that the ordinary person can relate to. In many ways, using blockchain isn’t much different from using the internet. Ordinary users do not need to understand the technical complexities of the underlying architecture. They only need to be conversant with the end application’s user interface. 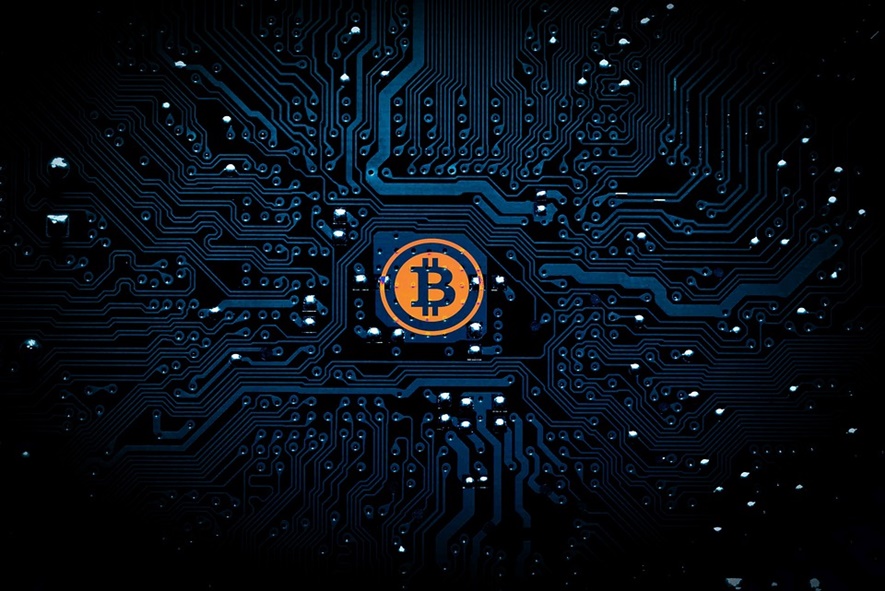 How do they approach these big players though? As the dominant forces in the market, banks, credit unions, credit card companies and financial services organizations will be negotiating from a position of authority and may even opt to chart their path alone. Blockchain companies may, therefore, feel a little intimidated.

However, it is important to get these large players on side as partners early on to reduce the amount of resistance. Getting them to understand the value they are bound to gain from partnering with existing experts is key. Mainstream financial service providers can serve as a bridge to reach the masses.

4. Adapt for the Internet of Things (IoT)

Blockchain has huge potential in the rapidly expanding realm of IoT. According to IHS, there were 15.4 billion devices connected to the IoT in 2015 and these are expected to grow to 30.7 billion in 2020 and 75.4 billion by 2025.

Technology cmpanies have been exploring the building of a distributed network of diverse devices that is based on a blockchain database.

IoT comprises everything from doorbells and vehicles, to refrigerators and security lights. This is a vast space and it makes sense that blockchain technology companies should start to explore ways they can harness this potential.

One area that blockchain technology may have a distinct advantage is on the security challenges that come with IoT. For instance, Samsung and IBM have been exploring the building of a distributed network of diverse devices that is based on a blockchain database. Think of it as IoT decentralized. This model can use ‘smart contracts’ to issue commands including ordering and paying for items. The owner is then notified via a broadcast message to their smartphone. 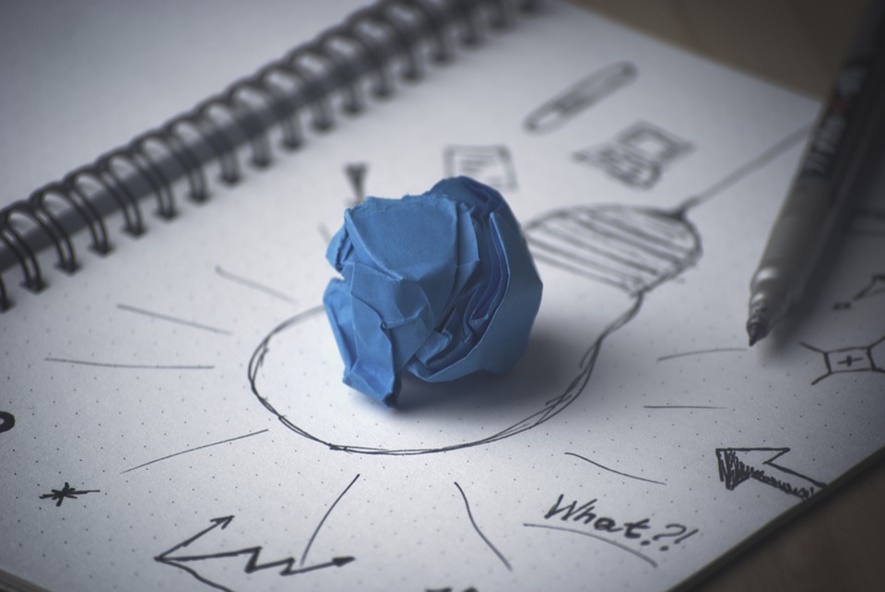 The blockchain industry is not exempt from this ageless principle of business. Customer expectations are continuously evolving. Businesses must be creative and develop innovative solutions that target specific market needs. Employees should be encouraged to propose new and better ways of doing things. Staff who submit innovative ideas that are eventually adopted should be recognized and rewarded.

Blockchain companies should have a process of following through the best ideas so they do not fall through the cracks. Speed is crucial since a competitor could be thinking about doing the same thing. Execution makes the difference if you want to enjoy first mover advantage. Great ideas do not only come from employees. Keep your ears on the ground and pick up hints from what customers and business partners are saying.

Most blockchain businesses are relatively small outfits. Continuous innovation can be a major headache given their tiny employee headcount each of whom is already stretched across multiple roles. It may not be possible to assign dedicated staff to focus solely on new product development. Nevertheless, a business that does not innovate is destined to die. This calls for flexibility and creativity.

One approach would be to task a number of employees with product development as part of their duties. Alternatively, businesses can plan for a regular session where all staff meet and offer suggestions on how best the organization can improve the service it provides. Companies could also develop a system of tapping into employees’ imagination by, for instance, allowing them to set aside 15 percent of their time to new ideas. 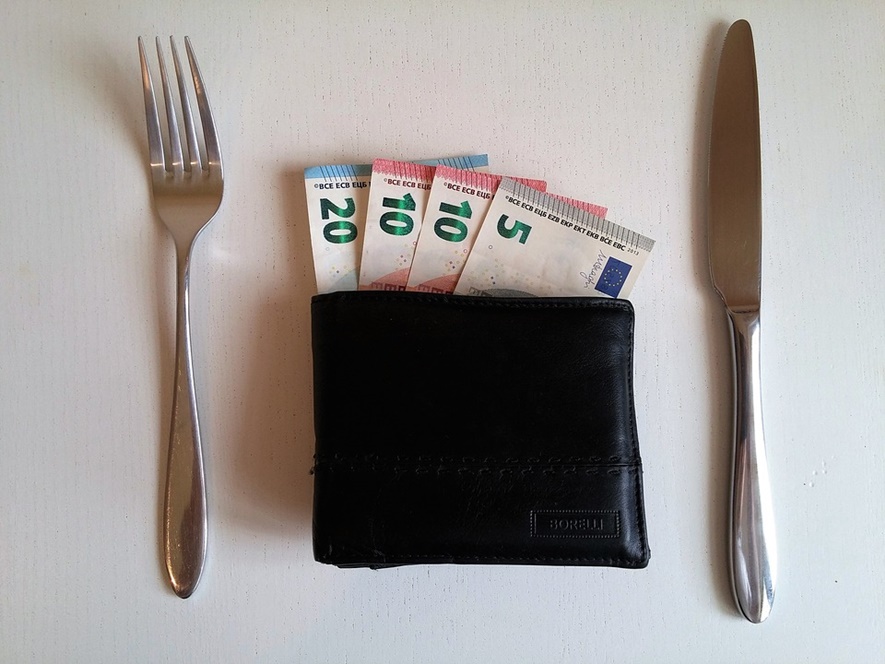 Money is the fuel that powers the execution of great business ideas. Blockchain companies need to raise capital. There are multiple ways of doing this including crowdfunding, giving up equity or obtaining a credit facility from a bank. Fortunately, there’s a lot of investor interest in the blockchain space thanks to tons of positive publicity in the mainstream media.

As at 2016, bitcoin companies alone had raised more than a billion dollars in funding. That number is significantly higher when you count the companies in the wider blockchain ecosystem.

2014 was a high point in bitcoin excitement. Now, organizations putting money into blockchain would like to be certain that there is a realistic prospect for a healthy return. Potential investors keen on participating in this emerging sector are only looking at tapping the best opportunities available.

Investors are searching for businesses with good growth prospects and the potential for scaling fast. The quality of the management team is also key as this plays into how well the company can execute strategy. 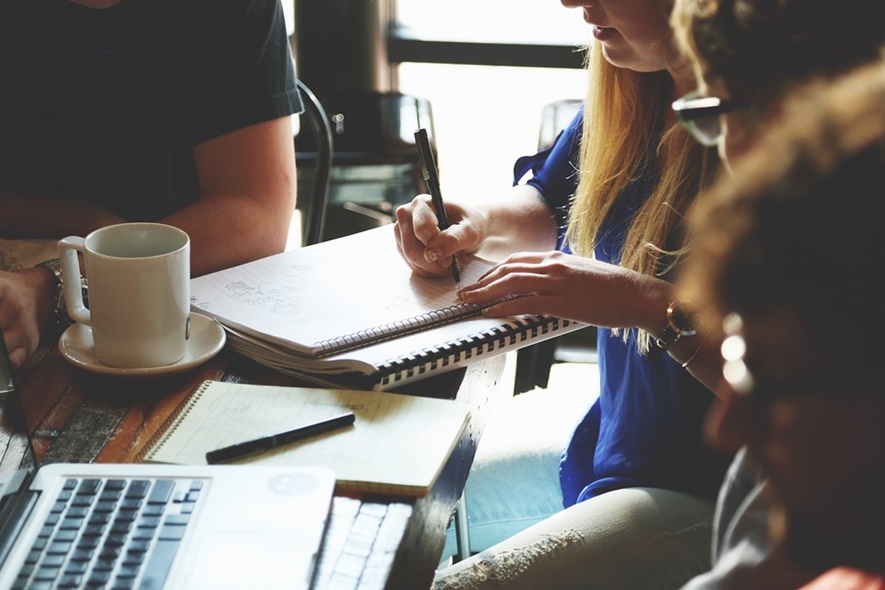 One of the main reasons blockchain technology has been so attractive is the argument that a distributed network with no central command is nearly impossible to manipulate. Unfortunately, blockchain has suffered a number of setbacks over the years that have made it a little more difficult for non-geeks to trust it.

A case in point is the widely publicized attack on Ethereum in July 2016 where a hacker managed to transfer about US$50 million. It was foiled but significant damage had already been done at least as far as the perception was concerned.

The mainstream financial services industry runs on trust. Ergo, if cryptocurrencies are going to seize a significant share of that market, they will have to make a compelling argument that their system is secure and reliable.

As the Ethereum incident shows, there is no such thing as 100% foolproof technology. Residual risk is ever present. To have an edge, blockchain technology companies can make the case that the technology carries lower risk than competing alternatives.

Trust goes hand in hand with transparency. If something unlawful has happened, it is vital that the business is honest about it from the get-go. This is especially important in the blockchain industry where there is no central command. The trust of the collective is crucial.

As a small company, trying to do everything often means excelling at nothing. There are many sectors where blockchain businesses can play in. Some areas like cryptocurrency have attracted a large number of participants. This usually means getting a significant piece of the available pie is much more difficult. 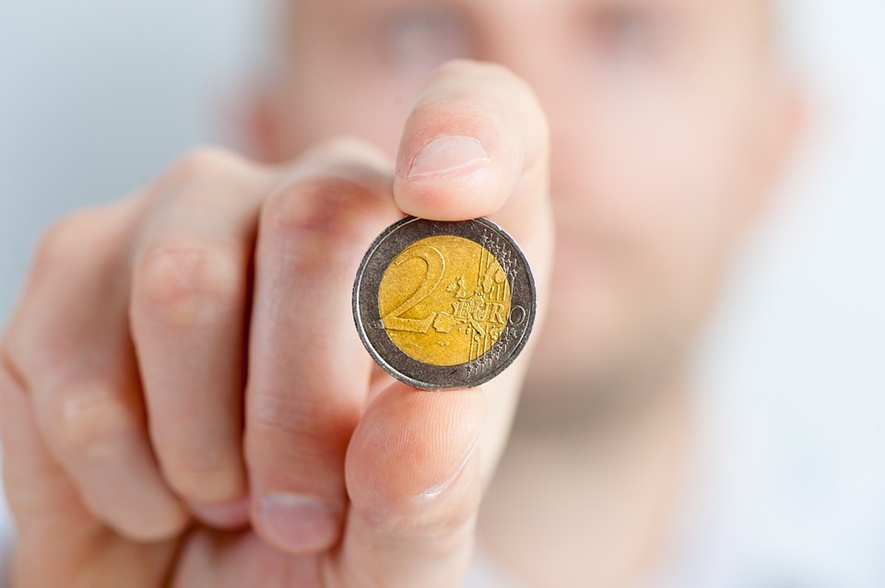 Successful blockchain companies are those that will look for a niche where there is room for growth and not as many competitors. It does not necessarily mean creating a completely new space. It could involve identifying a unique angle to an existing product in a way that differentiates the organization from the competition. One example of this is focusing on a particular geographic location. 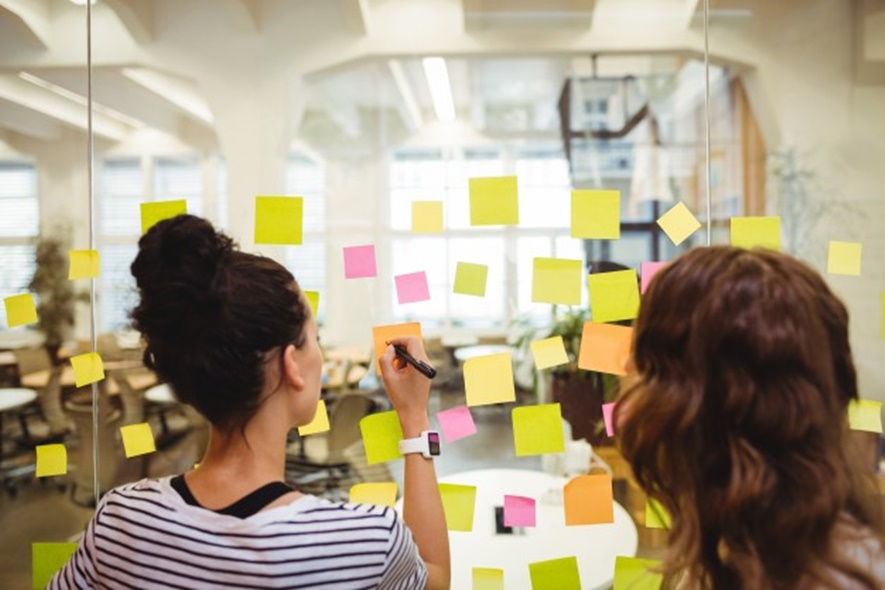 Blockchain has been sold as the secure, unbreakable solution. It is certainly better than many of the technologies in use today. Yet, blockchain’s inherent strengths are not a license for complacency. Companies need to keep their ears open to criticism and any suggestions coming from users of their product. This could help identify and tackle serious flaws before they get out of hand.

Businesses should establish multiple channels for obtaining user comments including phone lines, email, website forms and social media. Companies that are ready to listen to what people are saying about them are usually more successful than those that are not keen on feedback. It’s effectively crowdsourcing innovation.

A key element of feedback is making sure that either the suggested changes are made or the customer advised why it will not be possible. It is crucial that customers feel that they are listened to.

Conclusion
Blockchain is no longer new, uncharted territory. Very few major industries are left that do not have a company working actively to integrate the technology into existing processes. Blockchain businesses not only have to compete against each other but have the added burden of challenging legacy systems.

Yet, despite the rising acceptance of blockchain, we are still several years and possibly decades away from it dislodging technologies currently in use. There are many reasons for this including governments worried about losing control, large corporations that see cryptocurrencies as a threat to their business, and a risk-averse public that’s afraid of getting into something they do not fully understand.

To succeed, blockchain technology companies must be open to adopting a collaborative approach to making their case. In other words, they can compete against each other within the blockchain space but close ranks when they need to push for adoption in the wake of external resistance. This can be through public awareness campaigns, stakeholder meetings and free or low-cost training for key influencers and decision makers.