Blockchain is already tied more closely to payments in the public imagination than any of its other numerous applications. Major online retailers such as Overstock.com accept Bitcoin for everyday purchases, while online marketplaces such as OpenBazaar allow individuals to buy and sell goods and services using over 50 cryptocurrencies.

But volatility has proven an issue for the cryptocurrency world. One of the first ever blockchain transactions was an exchange of 10,000 Bitcoin for two pizzas. Those pizzas, once worth about $41, would eventually cost about $100 million as the value of 10,000 Bitcoin dropped and soared. The sale proved that cryptocurrencies could be used to buy tangible goods and services, but the constantly changing value of those two pizzas illustrates the limitations of using cryptocurrency assets with no connection to fiat currencies or other real-world assets. 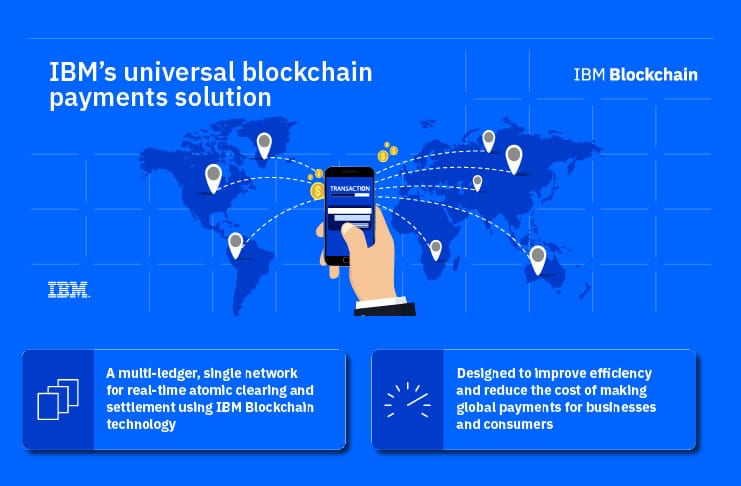 Jed McCaleb, an early cryptocurrency pioneer who created the influential Mt. Gox Bitcoin exchange and co-founded the international blockchain remittance company Stellar, has predicted as much in a recent interview with CNBC. McCaleb predicted a “universal payments network” that will allow traders to exchange “things they’re used to, like dollars and euros.” This system would use blockchain platforms to secure not just exchanges of cryptocurrencies such as Bitcoin but fiat currency transactions as well.

Blockchain is uniquely well-suited to such a platform thanks to the same characteristics that made it the first truly viable cryptocurrency platform. Blockchain’s immutable transaction ledger renders payments immune from tampering. Disputes over whether a particular amount of fiat currency has been sent from one party to another, for example, can be resolved through the reliable record of the blockchain used to facilitate the transaction. Smart contracts also make transactions more reliable and efficient, by automating elements of the payment world and thus minimizing the potential for human error or abuse.

A blockchain system capable of handling a wide range of fiat currencies and crypto tokens could have wide-ranging benefits for a variety of industries that rely on a constant flow of payments. The smart contracts embedded in blockchain could allow work agreements and payments to be reliably tied together, increasing the security of the entire system. A smart contract-automated blockchain payment can’t, for example, be arbitrarily withdrawn by a bad actor after work has already been completed.

Industries that rely on contractor labor would especially benefit from blockchain universal payments, as the technology could reduce unnecessary middleman involvement (and the fees and delay they generate). Fr8 Network, a shipping logistics company, is using a blockchain platform to reduce shipping inefficiency and costly “empty miles” in which truckers must drive unloaded trucks from one drop-off point to another pick-up location. Fr8 Network is improving shipping logistics by replacing an inefficient, fragmented broker network with a platform that directly connects shippers and truckers.

For such a platform to function, contracts and payments executed through it must be entirely reliable. To make sure work and payment arrangements made on the Fr8 Network can be trusted both by shippers and truckers, Fr8 is using the Fr8 token to ensure that arrangements made through the system are honored.

The Fr8 token is currently built on Ethereum, but Fr8 Network CEO John Fox has expressed interest in expanding the platform’s capabilities to other blockchain protocols such as Stellar in order to facilitate payments that are as fast and reliable as possible. Fox says: “Stellar is the goto payment rail protocol of today. We’re considering it as an option for Fr8. I think multichain systems will prevail in the short terms as we deal with growing large databases that facilitate smart contract transactions and payment rails, as we need to create networks that are nimble and fast enough to have a true utility like we’re working on creating at Fr8 Network.”

McCaleb’s prediction that blockchain could soon be used to power a universal payment system doesn’t seem that far-fetched. This technology’s unique attributes make it ideal for revolutionizing the world of payments, both in cryptocurrency trading and fiat currency exchanges. Companies such as Fr8 Network are leading the way in tying together logistics and payments on the blockchain, helping to make McCaleb’s vision a reality.