As the curtain comes down on this year’s successful World Blockchain Forum, Chipin was there to cover the latest news and advancements in the blockchain industry.

While the blockchain and cryptocurrencies, in general, have been more focused on the profit side of things, Brock Pierce (an influential figure in the blockchain industry) echoed a statement that set the mood for the rest of the forum.
Instead of tunnel visioning on profits, he urged people to focus on how the blockchain can affect our lives in a good way with its properties and why the blockchain was invented in the first place.

The cryptocurrency evangelist also introduced the crowd to two Japanese words, IKIGAI and KAIZEN, which meant finding your purpose in life and continual improvement respectively.
While the advice could also be applied in life, the two words can also be implemented in blockchain startups to achieve something positive for people around the world. 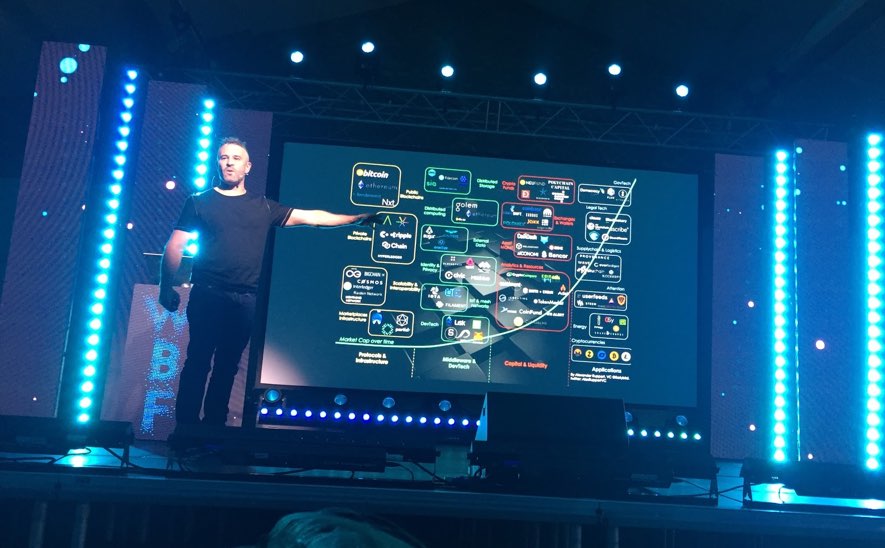 With that being said, here is a recap of some of the more interesting ICOs during the event:

These bots are derived from the same trading bots that have performed admirably in real-life liquid assets trading where bots are commonplace thanks to its excellent performances.

These trading bots are powered by Decentralized Autonomous Funds (DAFs) which are essentially smart contracts (contracts written in code rather than languages) that make decisions automatically based on market data and machine learning.

To make things even better, NPX’s trading bots are specifically designed to maximise returns while reducing risks as much as possible in asset classes (e.g Bitcoin, Ethereum, or other assets traded on the platform).

Backing the project up is a team of experts and highly-qualified individuals who have decades of experience in the financial markets industry.

Stephane Ifrah, Jean-Charles Dudek, and Arnaud Dartois – all of whom are notable individuals in the financial markets industry lead the helm as NapoleonX moves on to revolutionize the crypto-assets investment industry.
NaPoleonX will launch its ICO with the sale of NPX tokens in mid-November.

To learn more about the ICO, click here to head over to NapoleonX’s homepage.

DMarket is set to become the world’s first cross-game decentralized marketplace that allows gamers all around the globe to trade or exchange their in-game items with other users.

The marketplace uses a combination of the blockchain and smart contract technologies to allow for easy one-click trading on DMarket.

What makes DMarket unique is that smart contracts help to connect games from any genres or universe to the market without needing complicated third-party extensions or plugins.

For example, you can trade a rare item in DOTA for a similarly rare item in Runescape with DMarket without any problems.

The platform itself is powered by DMarket tokens which will be the currency used for all transactions on the platform.

DMarket supports developers directly by providing API tools for developers to connect their game to the platform without any problems.

This API will help developers select the items in their games to allow trading which eliminates the need for an independent ecosystem or market; trading items will also help developers revenue-wise as gamers spend more time and money on their games hence increasing customer lifetime value.

Hacken is a community-powered cybersecurity ecosystem for ethical hacking which is often referred to as white-hat hacking.

White-hat hacking is a profession that specializes in testing and enhancing the security of an IT system through deliberately exposing certain flaws or vulnerabilities within the system.

The Hacken ecosystem’s core component is the Hacken marketplace which connects white-hat hackers with developers or businesses that require fixes and security testing of their systems.

The goal of the platform is to bring the best white hat hackers and computer security professionals around the world under one roof and build a blockchain-based bug bounty marketplace powered by its own cryptocurrency, the HKN token.

Some of the platform’s features include a zero-day exploit remuneration platform where hackers can earn money through revealing and fixing exploits in systems as well as an incubator for startups in the cybersecurity scene.

Ever wanted to play an awesome game but your PC just can’t handle it?
That’s what Playkey is trying to solve. 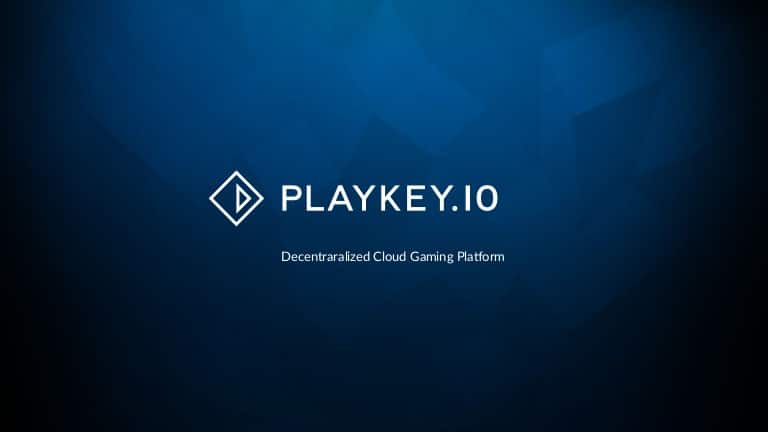 Identifying itself as a decentralized cloud gaming platform, Playkey could be a game-changer for modern gaming should its team execute the project flawlessly.
In a nutshell, Playkey allows gamers from multiple systems to play high-end games that are otherwise unplayable due to hardware or software issues.
What Playkey does is that when a user wants to play a game, they will send a signal to Playkey’s main cloud server. This server then transmits information to NVIDIA-powered servers that run the game.
The server then transmits back information to the user’s PC (or Mac) by streaming the output to the user’s monitor. So, users are essentially streaming the game to their monitor like a video so games can run even if they have a sub-par computer setup.
Playkey is working partially for now but expects progress to be done quickly as we reach the 4th quarter. 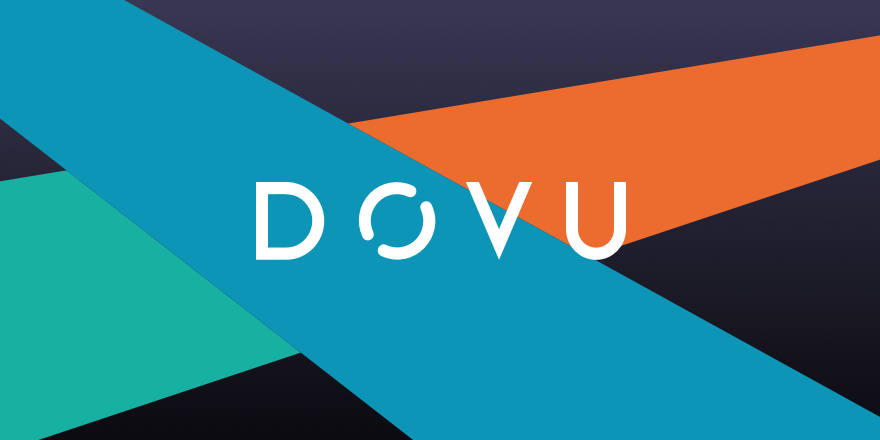 Dovu aims to become a marketplace for transport data with the help of the blockchain.
With Dovu, users can sell their data to businesses in exchange for DOV tokens, the platform’s currency.

Essentially, users are rewarded for their data with examples such as sharing congestion or weather data from their drives, or even geolocation data when they’re taking a walk which incentivizes said users to share data.
Dovu also helps developers and businesses within the mobility industry by providing them with databases that are not only large but extremely high-quality as data is consciously shared by users – not discreetly.

The DOV token can also be spent in applications or businesses linked to the Dovu protocol which means transactions are connected throughout the entire platform.
For example, the same DOV token users get from sharing their information can also be used to pay for services and goods in other Dovu-powered platforms such as buying a bus ticket, paying for fuel, or even getting rewards based in exchange for the tokens.

The DOV token sale is live now and ends on the 17th of October, 17:00 UTC. For more information about the crowdsale or the project, click here to head over to Dovu’s homepage.

Since data is stored on the blockchain which is shared among many computers (or nodes), users can expect Bluzelle to have virtually zero downtime as the only way to shut off the server is by turning off every single node on the blockchain.
While there is no exact date yet on the release of Bluzelle, users can expect to receive a fully-functional product from the team in less than a year from now. 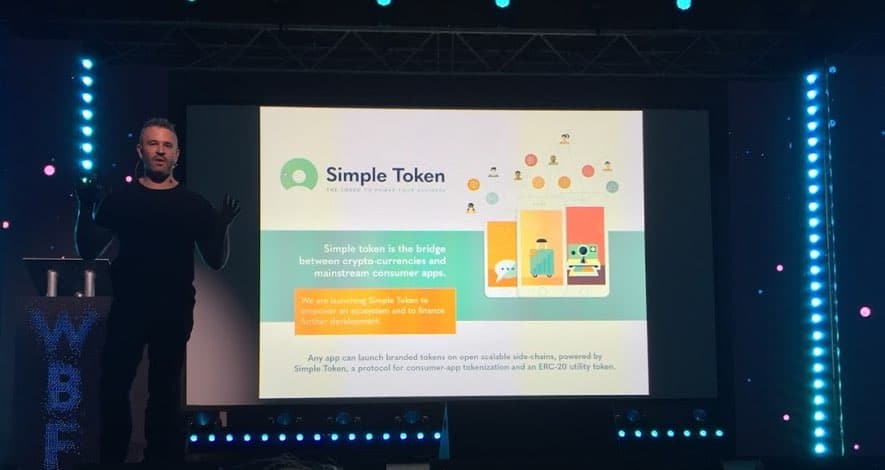 Founded by former Fab and Hem CEO, Jason Goldberg, Simple Token is a protocol that helps developers make tokens of their own to integrate with apps or software.
The idea behind Simple Token is clever.

Usually, to make a token for an app, the development team would have to make big changes in the app itself as well as building new and costly technologies to tokenize an app.
However, if you were to reverse the order and optimise the token instead, it would be more efficient and cheaper development-wise.

Hence, the team behind Simple Token decided to create a dynamic token protocol that can be created and adapted easily to apps or software that require digital currencies.
This way, developers can focus on building their app and acquiring users instead of wasting time on perfecting the token technology.

Simple Token is also designed for companies that are not exposed to the blockchain as well as developers who have no practical knowledge of the blockchain.

You may be wondering, why is Simple Token so special when companies can learn the blockchain and make their own tokens?

First, despite the advantages of the blockchain technology, it is not yet ready for apps and mass consumer adoption until the industry matures which will only happen in the next 5 to 10 years at least.
What Simple Token is providing is an onboarding experience for businesses who want to enjoy the benefits of the blockchain without the technical difficulties attached to it.
A good example to demonstrate this point would be the popularity of Stripe. Sure, companies can hire developers to code and build their own payment processor instead of relying on Stripe.

However, hundreds of thousands of companies are using Stripe (even big ones) to process their payments because Stripe has perfected the system so much that it’s easier and cheaper for businesses to adopt the solution than creating a new one.

Sensay is an example of perfectly executing a simple idea into something amazing.
At its core, Sensay is a chatbot that connects individuals with other like-minded individuals based on their interests.
The (amazing) twist is, however, how it works. Sensay connects you to strangers who can help you with what you need at that exact moment.
For example, let’s say that you’re a first-time visitor to California and you want to know more about local attractions.

All you have to do is hit up Sensay, chat to it like how you would to a regular person, and in less than a minute, a stranger who knows exactly what you want will chat with you and help you with what you need.
Since Sensay is powered by AI, the bot learns from your conversations (it does not invade your privacy or personal information, however) and will help other users who have the same questions as you.

Like Uber, there is a rating system implemented in Sensay to avoid bullying or trolls. You can rate a user after a chat (likewise to you too) and naturally, lower rated users will be ignored by other users which creates a healthy ecosystem.
Don’t get confused; Sensay only acts as a middleman to find strangers who can help you. This means you don’t actually chat in the Sensay app.

Instead, the app lets you choose your favorite messaging platform (Messenger, WhatsApp, Kik, Telegram, WeChat, etc.) and when you connect with someone, you’ll chat there instead of the Sensay app.
Unlike other startups on this list, Sensay already has a fully-functioning app with over 1 million users despite being a relatively young company.

Domraider is a company founded in 2013. They have developed a very successful domain drop-catching platform and achieved well over 20.000 sales already. They are currently developing an open-source blockchain dedicated to the decentralization of auctions in real time. It will be transparent, reliable, adaptable and interoperable, without compromising on speed.

This company has received already $4 Million in financing prior to their ICO and are looking to sell 560 Million Tokens (around $60 Million). Their whitepaper is very detailed and has been well received.

The team is full of experience and has been working on this project for several years and their roadmap shows a clear strategy on how to develop the new blockchain based platform and make it a success.

That wraps up some of the best startups on show at this year’s World Blockchain Forum.
Chipin will attend more events like this in the future and you can be assured that updates regarding major events will be posted here.
To make sure you don’t miss out on new articles, go ahead and sign-up to our mailing list.
We’ll e-mail you as soon as we have a new article up; no worries, we won’t spam you!